BTS Gold Line Will Start Running Before in December The BTS Gold Line, the new extension of Bangkok’s public transport monorail, is expected to start operating before the end of the year, specifically in December.

In this regard, the scheduled run is the first pass of the BTS Gold Line to be deployed along the popular and historic Chao Phraya River in the Bang Phlad district.

This new BTS line runs for 1.72 kilometers and will connect the Krung Thon Buriskytrain station with the Klong San district office.

Also, the system was designed with rubber tires and electricity to self-drive through the Thai capital. In this way, it will produce less noise and vibrations throughout the city.

Aswin Kwanmuang, the governor of Bangkok, visited the project facilities on Thursday, which was 96 percent complete and was being tested.

The Gold Line was launched in 2018 and has three trains. Each has two carriages that offer a maximum capacity of 42,000 passengers per day. 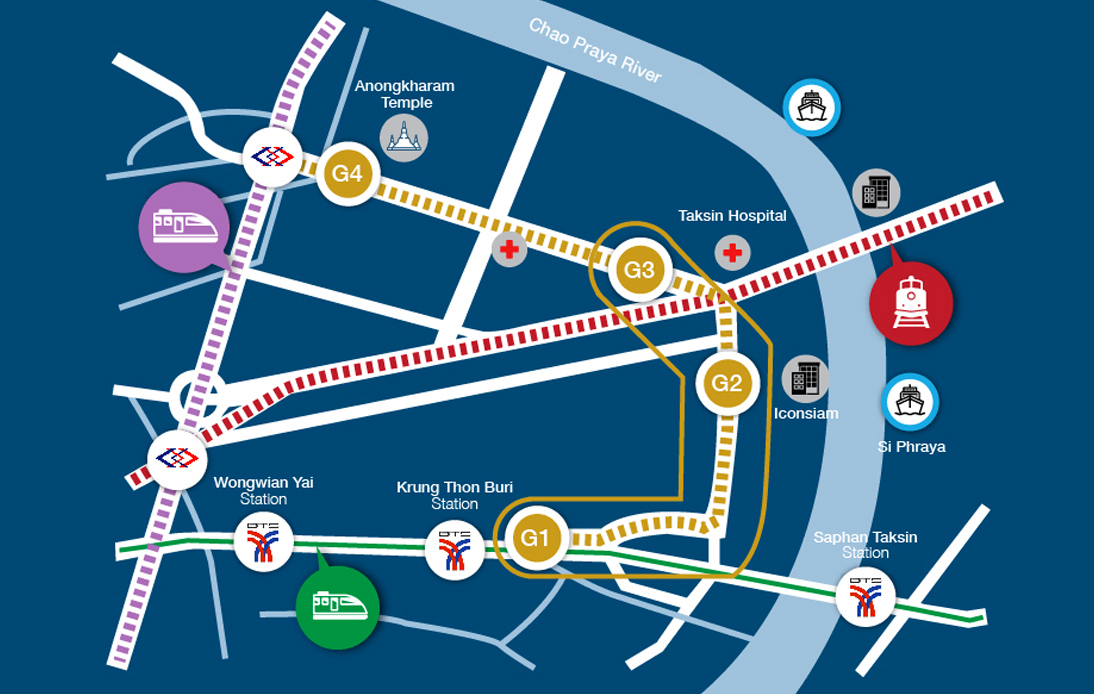 The complete system consists of 43 stations along two lines. These are the Sukhumvit Line that goes northwards and eastwards and the Silom Line that serves Silom and Sathon Roads, the central business district of Bangkok, the National Stadium, and Bang Wa.

The BTS is a vital part of the Bangkok public transport system and has a growing number of visitors every year. So, the Gold Line is expected to improve public transportation by connecting residential areas with high-end property development projects and cultural tourism sites.