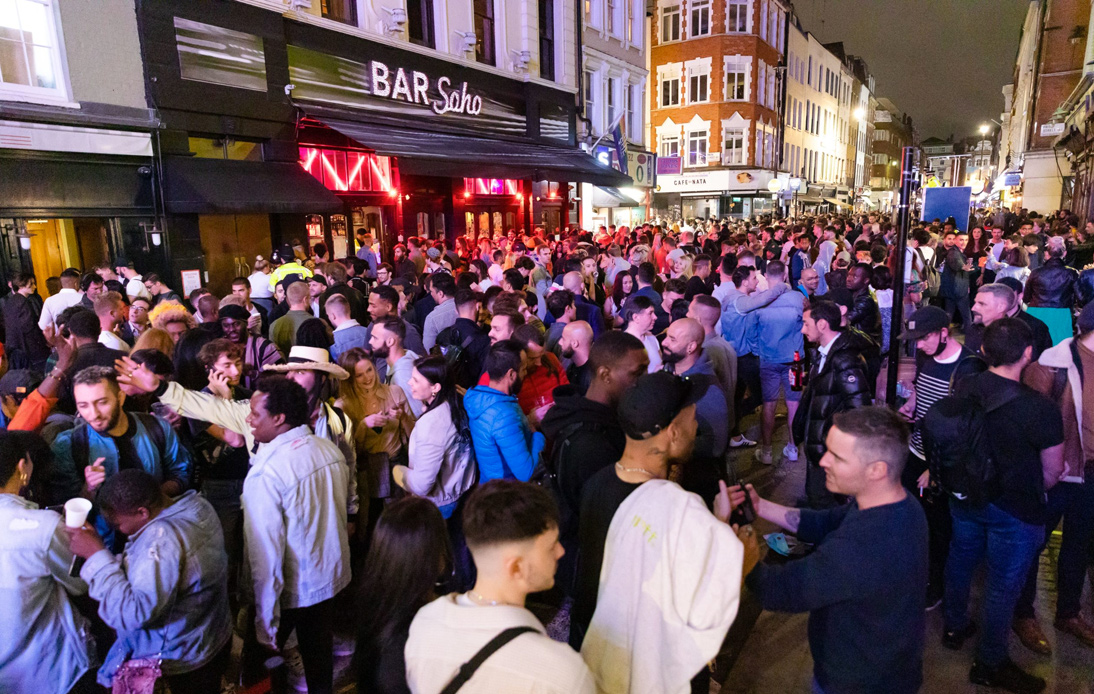 As England reopened its pubs on Saturday after three long months of hiatus, the chair of the Police Federation John Apter stated that it is “crystal clear,” that intoxicated people are not able to adhere to social distancing measures.

He claimed that on his shift in Southampton, he had to handle “naked men, happy drunks, angry drunks, fights, and more angry drunks.”

However, the police expressed their gratitude as the majority of pub-goers acted in a responsible manner.

According to the Metropolitan Police, no serious problems emerged and they only had to shut down a few outlets due to overcrowding.

Over 1,000 reports were received by the Devon and Cornwall Police, out of which, the majority were related to alcohol in some manner.

Due to misconduct post intoxication, four people were arrested in north Nottinghamshire and several pubs decided to close down for the day.

As thousands of venues were occupied by swarms of people, the sights greatly resembled New Year’s Eve day.

Observing this, Mr. Apter had commented: “What was crystal clear is that drunk people can’t/won’t social distance.”

“It was a busy night but the shift managed to cope. I know other areas have had issues with officers being assaulted.”

In response to Mr. Apter’s statement, Health Secretary Matt Hancock had said: “the vast majority of people are, I think, doing the right thing”.

He also said: “Overall I’m pleased with what happened yesterday, it was really good to see people out and about and very largely social distancing.”

National Health Service England chief executive, Sir Simon Stevens, sounded relieved as he noted that the situations did not turn as bad as was expected and it was only a few foolish ones who had caused problems.

Talking about his night, West Midlands Ambulance Service paramedic Rob Moore had said: “We were really prepared for a sudden upsurge in calls related to people being out drinking but it hasn’t happened thankfully,” he said. “Hopefully it’s a sign people have heeded the advice and had a sensible night.”

Although it is recommended to sit at least 2m apart, England’s novel “one metre plus” policy permits people to sit one metre closer, provided they follow certain safety protocols such as using face masks and avoiding facing someone while sitting.

Boris Johnson as well as several other government officials have urged the citizens to follow safety protocols as chief medical officer for England Chris Whitty had said that although the restrictions have been relaxed, the move does not come without any risks.

The latest records released by the government on Sunday has stated the number of coronavirus-related deaths in the UK as 44,220.