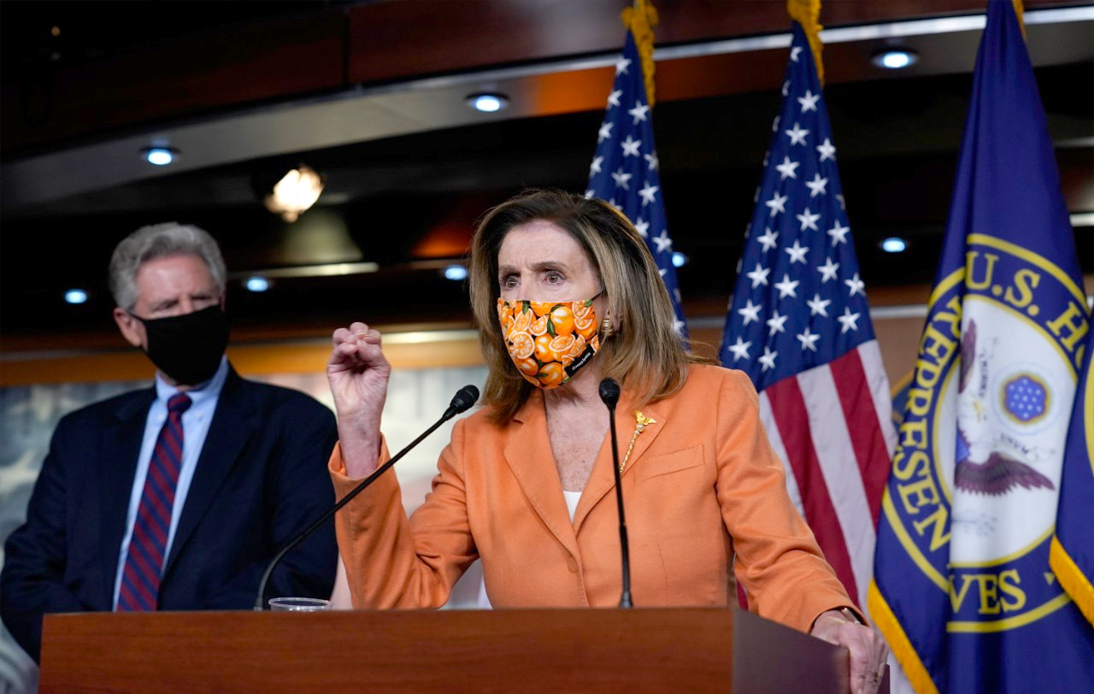 Nancy Pelosi scoffed that she and her Democrats colleagues are considering invoking this constitutional provision, which would be fantastic for Trump’s opponents. Moreover, she threatened to execute this succession plan to remove the president while he is fighting COVID-19.

Pelosi made the announcement during a press conference Thursday morning in which she spoke about Trump’s health and the possible push for a stimulus bill to offset the impact the coronavirus pandemic has had on the country.

At that conference, a journalist asked Pelosi if the diagnosis of the president’s illness meant that it was time to invoke the 25th Amendment, which establishes measures to replace the chief of state of the United States when he cannot fulfill his duties.

To this question, Speaker of the United States House of Representatives replied: “Tomorrow. Come here tomorrow. We’re going to be talking about the 25th Amendment, but not to take attention away from the subject we have now.”

Also, deflecting the follow-up question, Pelosi said: “I’m not talking about it today. But you take me back to my point: Mr. President, when was the last time you had a negative test before you tested positive? Why is the White House not telling the country?”

In a press release Thursday afternoon, Nancy Pelosi and Rep. Jamie Raskin (D-Md.) Confirmed that they would introduce a bill aimed at establishing a new commission that could remove Donald Trump’s powers if found to be mental or physically disabled.

This bill would create a Commission on Presidential Capacity to Discharge the Powers and Duties of Office, and its mission would be to allow Congress to help ensure effective and uninterrupted leadership.

So far, the White House has not commented on this threat from Pelosi.

The 25th Amendment gives the House of Representatives a role in cases of presidential succession or temporary incapacitation. In these situations, the said Amendment allows the vice president, the Cabinet, or some other entity designated by the Congress to declare the president incapable of fulfilling the functions of his office. But Congress never created an entity to supplant the Cabinet in making that decision.

People believe Pelosi’s legislation is almost certain to be rejected by a Republican-controlled Senate. If a commission were established and decided that a president cannot serve, the 25th Amendment requires 2/3 of each house of Congress to affirm that finding within 25 days.