Detroit River’s Giant Fish May Be Over 100 Years Old 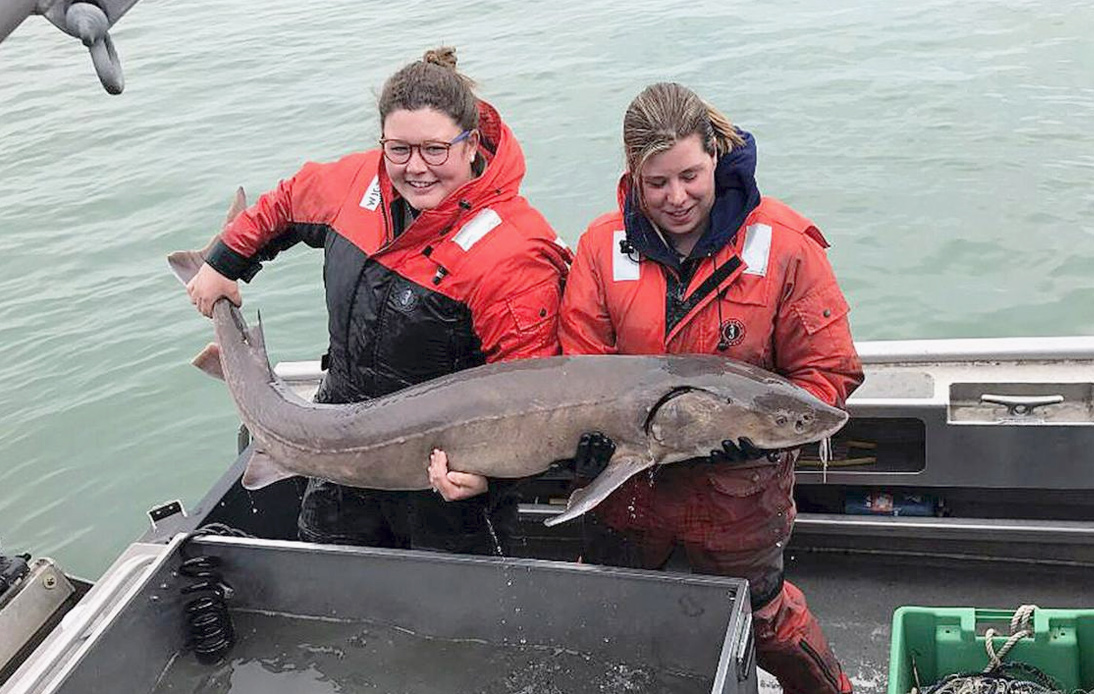 Scientists were surprised to discover that the giant fish, called the “real life river monster,” could be more than 100 years old.

A three-person crew from the Alpena Fish and Wildlife Conservation Office capture a female lake sturgeon in the Detroit River last month. Experts said the fish, which measures 6′ 10″ and weighs 240 pounds, is one of the largest lake sturgeons ever recorded in the United States.

The creature is assumed to be a 100-year-old female due to its girth and size, experts explained.

“So, she likely hatched in the Detroit River around 1920 when Detroit became the 4th largest city in America,” the Alpena Fish and Wildlife Conservation Office said through its official Facebook account.

The lake sturgeon lives in North America’s fresh and temperate waters, ranging from Hudson Bay in northeastern Canada to the Mississippi River drainages.

These creatures are slow-moving and prefer sandy or gravel habitats at the bottom of lakes or river beds but travel upstream during the spawning season. According to the US Fish & Wildlife Service, the male sturgeon can live from 50 to 60 years. 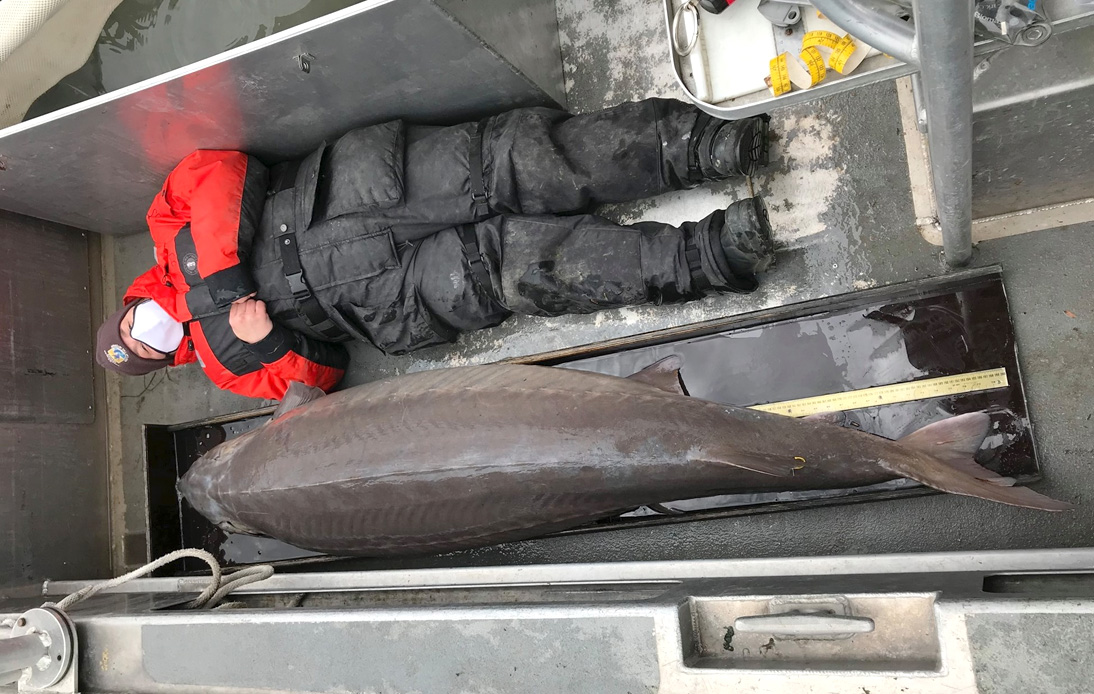 However, females have a lifespan of up to 150 years.

The crew captured the fish using a frozen round goby, a soft-bodied fish used as bait to attract sturgeons on a long line reaching deep into the river. It took the fishery biologists six minutes to get the big fish into their boat with a net.

“I felt the fish thumping on the line. As it got closer, it just got bigger and bigger,” said Jason Fischer, who was with fellow biologists Paige Wigren and Jennifer Johnson.

The agency claimed it released the giant fish back into the river after it was weighed and measured. Freshwater creatures have been listed as threatened with extinction in 19 of the 20 states where they live, considering over-harvesting and habitat loss from dam construction as reasons for their decline.

Anglers can raise a sturgeon for a year under certain conditions and only if it is caught in few state waters, but all sturgeon caught in the Detroit River must be released.