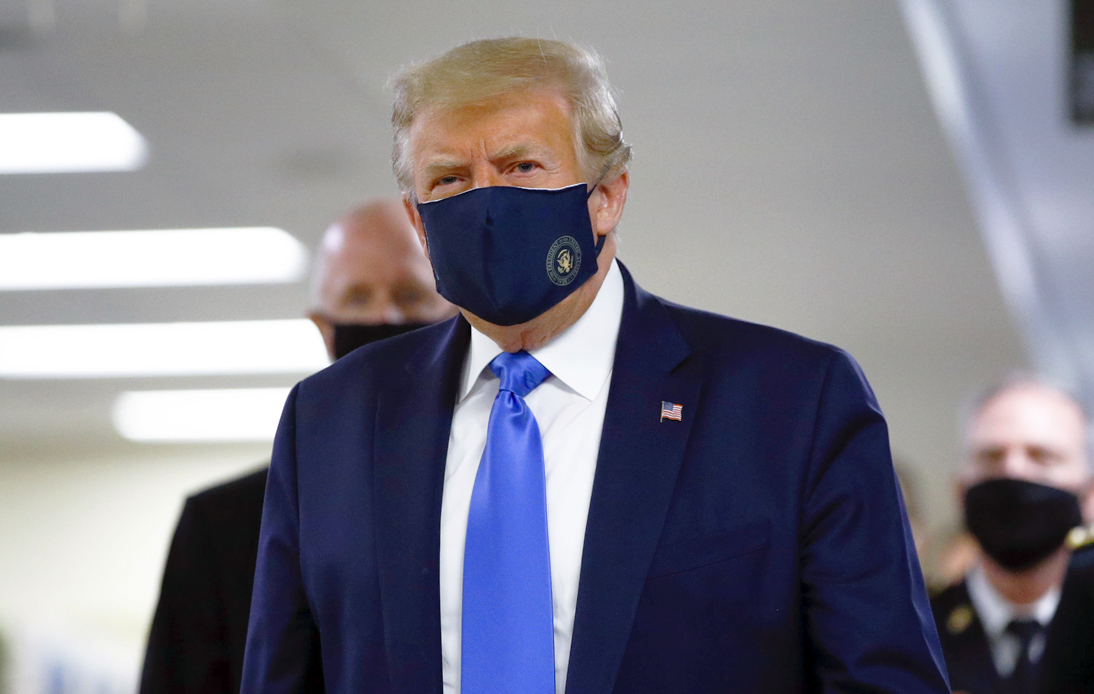 In what appears to be a significant change in his stance, the US President Donald Trump has cautioned citizens of the country that the coronavirus pandemic may “get worse before it gets better”.

He flip-flopped on this topic, along with his viewpoint on the significance of masks, in his first White House coronavirus briefing after months. In this briefing, which took place on Tuesday, the president seemed well-rehearsed as he addressed the reporters with a directed speech.

He urged Americans to gear up in protective masks as he stated that “they’ll have an effect” and show “patriotism”.

Earlier, he was very vocal about his distaste for masks on several occasions, calling them unsanitary. He also undermined the seriousness of the novel coronavirus several times. He vehemently opposed mandating face coverings, even as cases in the US surged, justifying his position by expressing that making masks compulsory would infringe on the freedom of the citizens.

According to reports, the president’s advisors have persuaded him to alter his approach to the pandemic, as cases continue to spike across the country. The US has reported the most number of cases in the world and continues to do so.

In April, after Trump stated that the coronavirus may be contained by injecting disinfectant into the body, the daily White House news conferences halted.

For the first time since the onset of the pandemic, Trump sang the same tune as the public health officials on his pandemic task force, as he warned: “It will probably, unfortunately, get worse before it gets better.

“Something I don’t like saying about things, but that’s the way it is.”

He added: “We’re asking everybody that when you are not able to socially distance, wear a mask, get a mask. Whether you like the mask or not, they have an impact, they’ll have an effect and we need everything we can get.”

Interestingly, Trump did not wear a mask in the briefing room although he did take one out of his pocket.

However, he tweeted a picture of himself, in which he wore a mask, with the caption: “We are United in our effort to defeat the Invisible China Virus, and many people say that it is Patriotic to wear a face mask when you can’t socially distance. There is nobody more Patriotic than me, your favourite President.”

On Tuesday, his main contender for the presidential elections, Joe Biden, criticized Trump’s handling of the pandemic stating: “He’s quit on you, he’s quit on this country.”