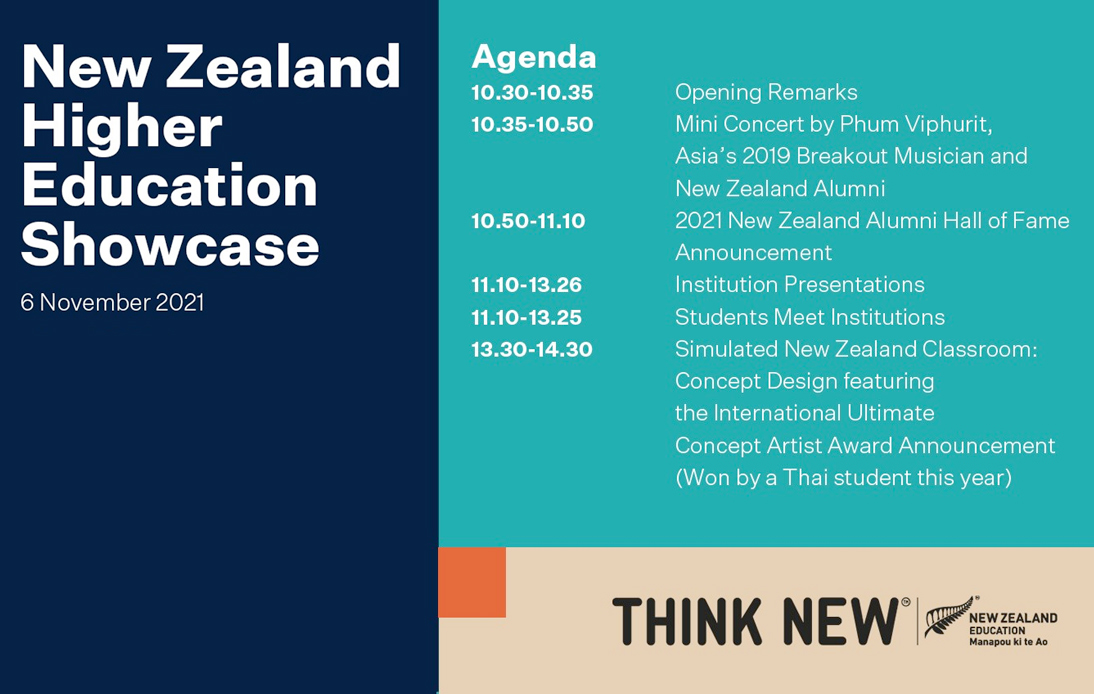 The showcase, announced to be held on November 6, has been designed for Thai students seeking long-term higher education in New Zealand.

During the event, students will be able to watch online presentations and have one-on-one meetings with New Zealand educational institutions to learn more about their online and in-country offerings. They can also look up information about scholarships.

Twenty New Zealand institutions will participate in the virtual showcase, including universities and technology institutes.

According to Quacquarelli Symonds (QS) 2021 Rankings, they are all among the world’s top 3% of universities. The Economist Intelligence Unit Educating for the Future Index 2019 described New Zealand as the leading English-speaking country when it comes to preparing young people for the future.

“With the 2021 New Zealand Higher Education Showcase, we hope to be able to demonstrate the best of New Zealand’s higher education sector to students in Thailand,” he said.

Mr. Burrowes described New Zealand’s educational system as one of the most dynamic and enriching, stating that he expected students to be attracted and motivated by the value it offers.

“Indeed, we look forward to physically welcoming students once borders have reopened,” he added.

Other activities available during the 2021 New Zealand Higher Education Showcase would be a concept design class with the International Ultimate Concept Artist Award Announcement, won by a Thai student this year, and a virtual exhibition hall for VDOs and brochures from nearly 20 institutions.

Attendees will also be able to find tips and information on how to submit scholarship applications, learn about the 2021 New Zealand Alumni Hall of Fame members’ success and experience, and attend a mini-concert by New Zealand alumnus and Asia’s 2019 Breakout Musician Phum Viphuri.

Free registration is now open for both students and their parents at https://bit.ly/NZHighereducatoinshowcase2021.