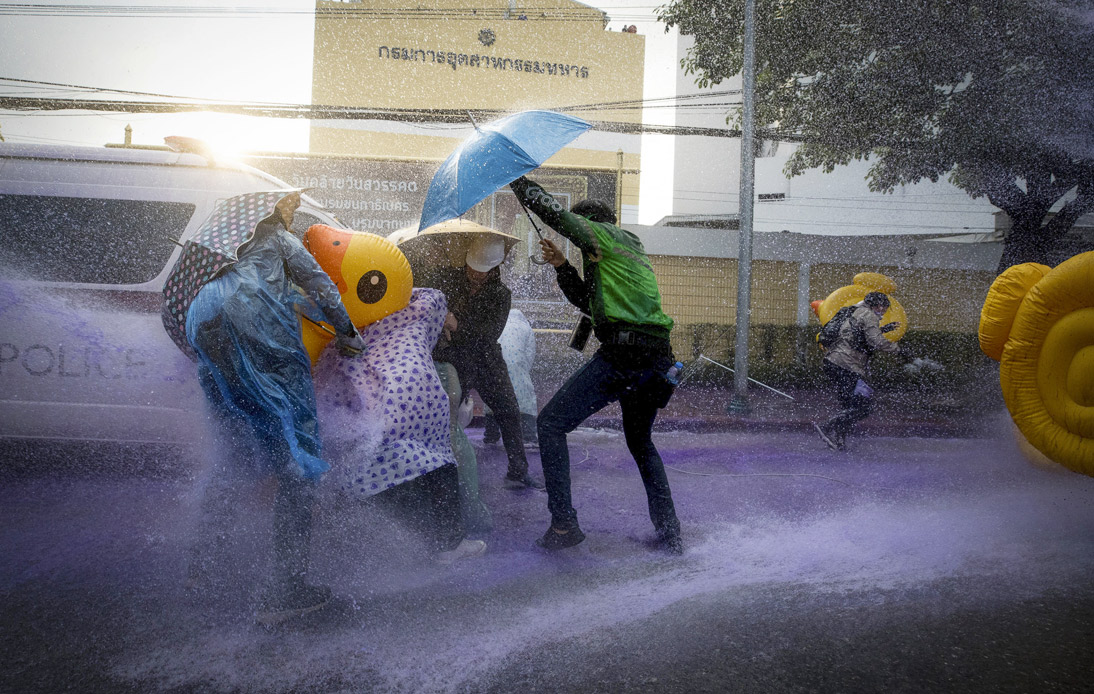 On Tuesday, Thailand faced the most violent protests since the youth-led movement began in July, and at least 18 people were injured.

The protesters converged on parliament to pressure lawmakers who were discussing possible changes to the constitution when the confrontation began. Thai police fired water cannons and tear gas.

Leaders and supporters of the movement were also demanding the removal of Prime Minister Prayuth Chan-o-cha and asking legislators to curb the powers of King Maha Vajiralongkorn through the monarchy’s reform.

Thousands of protesters gathered at different points and the number grew larger as night fell.

Police officers sprayed water cannons at demonstrators as they cut through razor-wire barricades and removed the concrete barriers outside the parliament. Later, they fired tear gas.

The injured were transported to the hospital by ambulances. According to reports from the Erawan Medical Center in Bangkok, 18 people were hurt, 12 of them suffered as a cause of tear gas. Furthermore, it said that one of the injured was a police officer.

A 31-year-old volunteer from the FreeYouth protest group expressed: “This is brutal.” The protesters used makeshift shields, including inflatable pool ducks, to push forward.

Piya Tavichai, deputy chief of the Bangkok police, told Reuters: “Police had to use teargas and water cannon because protesters were trying to break through the barriers.”

Besides, government spokesperson Anucha Burapachaisri assured that the police had been forced to act to protect the parliamentarians.

The Royal Palace has not commented since the protests began. However, when the King was recently asked about the protests, he described Thailand as a land of compromise.

“This is not a compromise,” said Thanathorn Juangroongruangkit, a former opposition leader who was excluded from parliament in a decision he said was politically motivated.

In the past five months, Thailand has faced a protest movement demanding deep reform of the system. According to the protesters, this entrenches the military’s grip on power. But there are also realistic counter-demonstrators who say these protests threaten the monarchy.

Legislators were meeting to discuss various proposals for changes to the constitution. They also discussed the Upper House Senate’s role, which was wholly selected by the former Prayuth junta.

The protesters were trying to pressure lawmakers to comply with their requests. They clashed with dozens of yellow-shirted royalists who had remained behind after an earlier demonstration by hundreds of Thais calling on lawmakers not to make changes to the constitution.