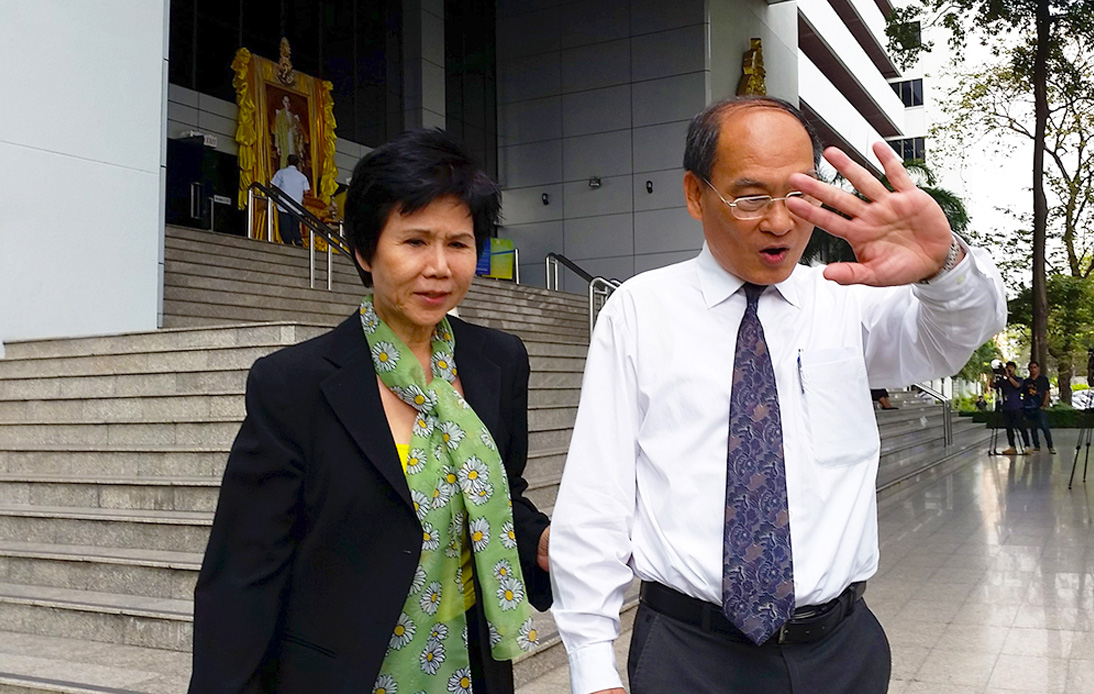 The Supreme Court has upheld the decades-long prison sentences for both the former Tourism Authority of Thailand governor, Juthamas Siriwan, and her daughter.

From 2002 to 2997, they took bribes from Hollywood producers for a contract to manage Bangkok’s International Film Festival.

However, the ruling puts an end to this high profile case -which began five years ago, when the state prosecutors arraigned the two women in court.

On Monday, the highest court upheld the Court of Appeal’s judgment that sentenced Juthamas Siriwan, 73, to 50 years in prison and her daughter Jittisopha, 46, to 40 years.

On August 25, 2015, the couple was charged with demanding and receiving bribes from Gerald Green and his wife Patricia, an American couple, in exchange for being awarded a contract to organize the annual film festival.

This contract was valued at 60 million baht.

Earlier in 2009, the U.S. Department of Justice released a statement claiming that Los Angeles-area film executives and the couple Gerald and Patricia Green were found guilty of paying bribes to the senior Thai tourism official. Its purpose was to obtain a contract to manage and operate the film festival.

However, Juthamas Siriwan and her daughter were not charged until six years later.

Furthermore, in its judgment of May 2017, the Central Criminal Court for Cases of Corruption and Misconduct also ordered the confiscation of assets worth 62 million baht.

This figure represented the value of the bribe plus interest.

The Court of Appeals upheld the 50-year sentence for the former TAT governor but reduced her daughter’s sentence from 44 to 40 by determining that Jittisopha was not involved in the 2007 festival bribery.

The entity also recovered the seizure of assets because the prosecution did not seek financial damages.

The former governor of the Tourism Authority of Thailand and her daughter remain detained at the Central Correctional Institution for Women since the criminal court ruling.

Bail was refused for both.