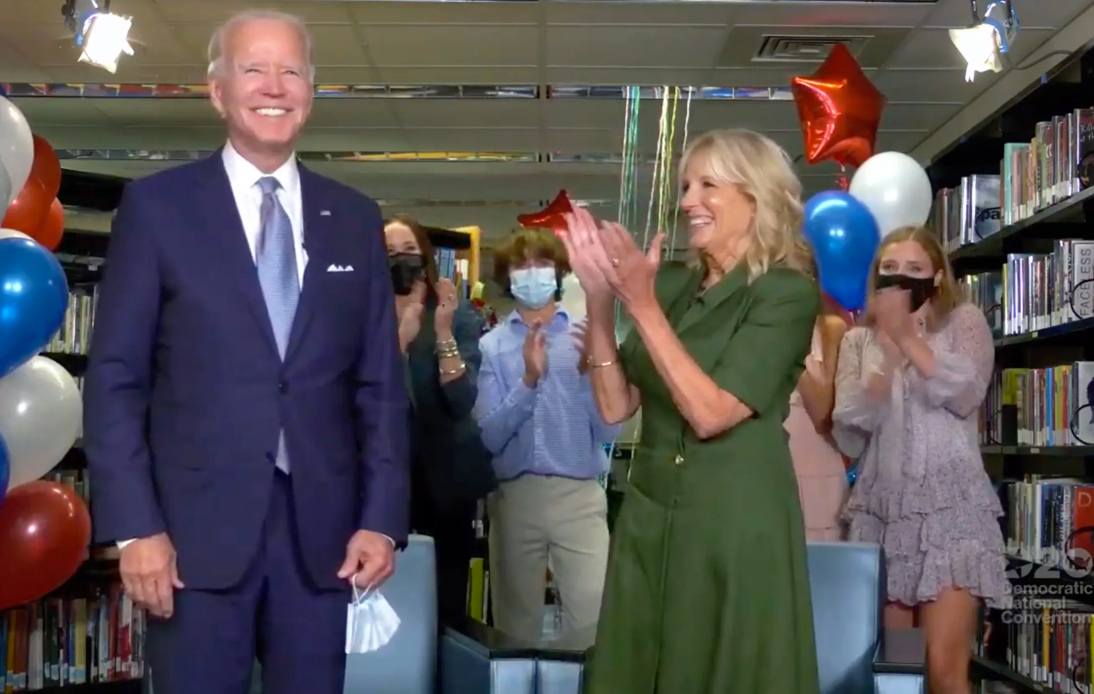 Joe Biden has officially been nominated as the presidential candidate by Democrats on Tuesday, with both young and old party members claiming that he would help America recover from the pandemic as well as the chaotic rule of Republican President Donald Trump.

The second night of the convention was titled “Leadership Matters”, and the idea was to argue that Biden would help the country return to normality.

“At a time like this, the Oval Office should be a command centre,” former US President Bill Clinton said in a prerecorded video.

“Instead, it’s a storm centre. There’s only chaos. Just one thing never changes – his determination to deny responsibility and shift the blame,” he stated, talking about Trump.

The convention, spanning over four days, took place over virtual media due to the pandemic. Delegates from all over the country cast their votes online to nominate Biden.

Several clips were played from across the country, wherein Democrats from all backgrounds stated why they were supporting Biden, adding details regarding the proceedings in their own states.

Biden went live after the clips from his home state of Delaware were played, wherein he could be seen at Delaware school. His wife Jill later delivered the headline address of Tuesday evening from the same venue.

“Thank you very, very much from the bottom of my heart,” said Biden, whose acceptance speech is scheduled for Thursday. “It means the world to me and my family.”

The event began with many rising politicians of the party. Back in 2004, there was only one keynote speech for the then-state Senator Barack Obama. However, this time, the event featured 17 different people in a video address, including Stacey Abrams.

“America faces a triple threat: A public health catastrophe, and economic collapse and a reckoning with racial justice and inequality,” Abrams said.

“So our choice is clear: A steady experienced public servant who can lead us out of this crisis just like he’s done before, or a man who only knows how to deny and distract.”