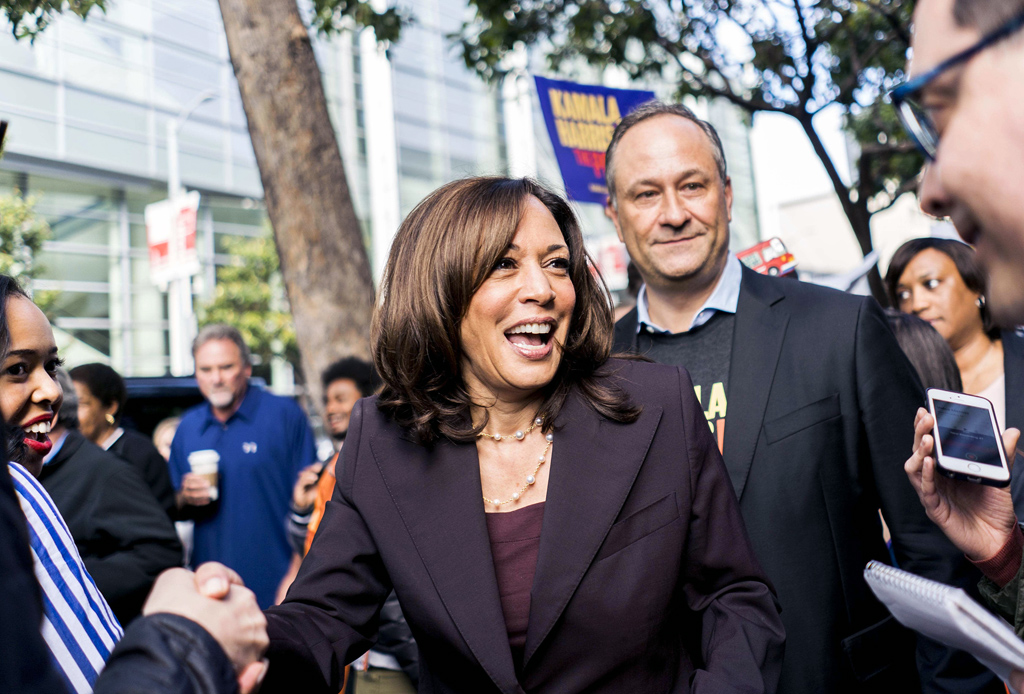 After weeks of speculation, Democratic presidential candidate Joe Biden picked Kamala Harris as his running mate on Tuesday. This was a crucial decision and many democrats have lauded Biden, for making the right choice.

Harris is the daughter of Indian and Jamaican immigrants and is considered to be well-qualified for the job. She is now the first black woman to enjoy the vice-presidential candidacy on the Democratic ticket. Harris began her career as the city’s district attorney, following which she became the attorney general of California. Then, in 2016, she moved to the Senate.

The decision was notified to the supporters via text messages and posts on social media.

‘I have the great honour to announce that I’ve picked @KamalaHarris – a fearless fighter for the little guy, and one of the country’s finest public servants – as my running mate,’ Biden wrote on Twitter.

‘Together, with you, we’re going to beat Trump,’ read the text message from the campaign.

On Wednesday, both of them will make an appearance together in Wilmington, Delaware.

‘I’m honoured to join him as our party’s nominee for Vice President, and do what it takes to make him our Commander-in-Chief,’ Harris wrote on Twitter.

Biden considered 11 women to join him on the ticket, which included a diverse group of senators, governors, mayors and members of Congress.

The country is yet to see a woman president or vice president. Up until now, two women have been nominated as running mates- Democrat Geraldine Ferraro in 1984 and Republican Sarah Palin in 2008. In 2016, Hillary Clinton was the Democratic nominee.

After the announcement, social media buzzed with congratulatory messages and tributes to Harris from Democrats, with many big names supporting the decision.

‘Joe has an ideal partner to help tackle the very real challenges America faces right now and the year ahead,’ Obama said and concluded with: ‘Now let’s go win this thing.’

However, Donald Trump was far from content with the decision and decided to resort to name-calling. He called Harris ‘nasty’ and expressed his surprise over the fact that Biden chose someone who was disrespectful to him in the past, referring to the Democratic primary debates wherein Harris was vehemently critical about Biden’s stance on the school busing program.

Trump’s campaign is rallying against her by categorizing her as a radical leftist and Trump called her ‘the most liberal senator.’

‘She was very disrespectful to Joe Biden. It is hard to pick somebody that is disrespectful. She said things during the debate during the Democratic primary debates that were horrible about Sleepy Joe. And I would think that he would not have picked her,’ Trump stated.

‘She is proof that Joe Biden is an empty shell being filled with the extreme agenda of the radicals on the left,’ Trump campaign adviser Katrina Pierson said in a statement.