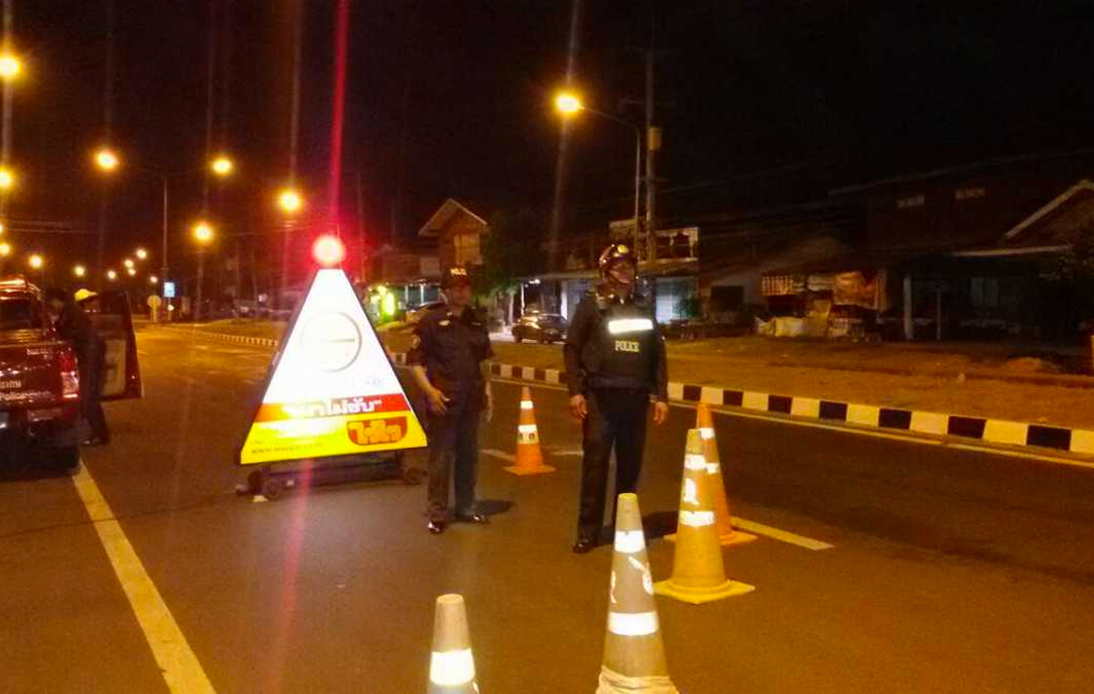 Pol Gen Suwat Jangyodsu, chief of the national police, ordered the suspension of the roadside drunk-driving tests until they can guarantee the transparency of those inspections.

This Friday, Pol Gen Suwat Jangyodsu issued the order during a meeting of senior police officers made up of 496 members, including commanders and superiors. It took place at the Royal Thai Police Sports Club on Vibhavadi Rangsit Road on October 02.

In this conference, the new chief of the national police requested the suspension of said tests to begin the process of evaluation and definition of protocols that will guarantee their transparency and legality.

In this regard, Pol Gen Suwat Jangyodsu indicated that there should be no drink-driving checkpoints until law enforcement agencies can ensure that both the tests and the process are carried out transparently.

Pol Gen Suwat Jangyodsu began office last Thursday and has been defining the new actions that police departments must take under his mandate ever since.

Likewise, he expressed: “There must not be roadside examination. It must be done at a hospital so that people can have confidence that they will not be cheated. Until we can do that, we will set them at zero for now”.

Pol Gen Suwat Jangyodsu also said that there should be no online gambling or big gambling houses. Besides, he prohibited the buying of police positions.

Moreover, he indicated that he wants officers, regardless of their levels, to be well trained both in the law and in the tactical operations that each one must carry out.

Pol Gen Suwat Jangyodsu also commanded the police to install 5,000 surveillance cameras in Bangkok in four months -noting that in this way, detectives could no longer use the lack of cameras as an excuse.

Afterward, the new chief of the national police promised to listen to his subordinates.

The Policy Board of the National Police, chaired by Prime Minister Prayut Chan-o-cha, unanimously chose to promote Pol Gen Suwat to the highest post of the Royal Thai Police -which he began serving on October 1.

This decision was not a surprise as Pol Gen Suwat had been tipped as the successor to Pol Gen Chakthip.

Pol Gen Suwat was in command of Region 1 of the Provincial Police, which covers central areas except Bangkok. Subsequently, he moved to the police headquarters and served as an assistant police chief in 2018 before his current position last year.