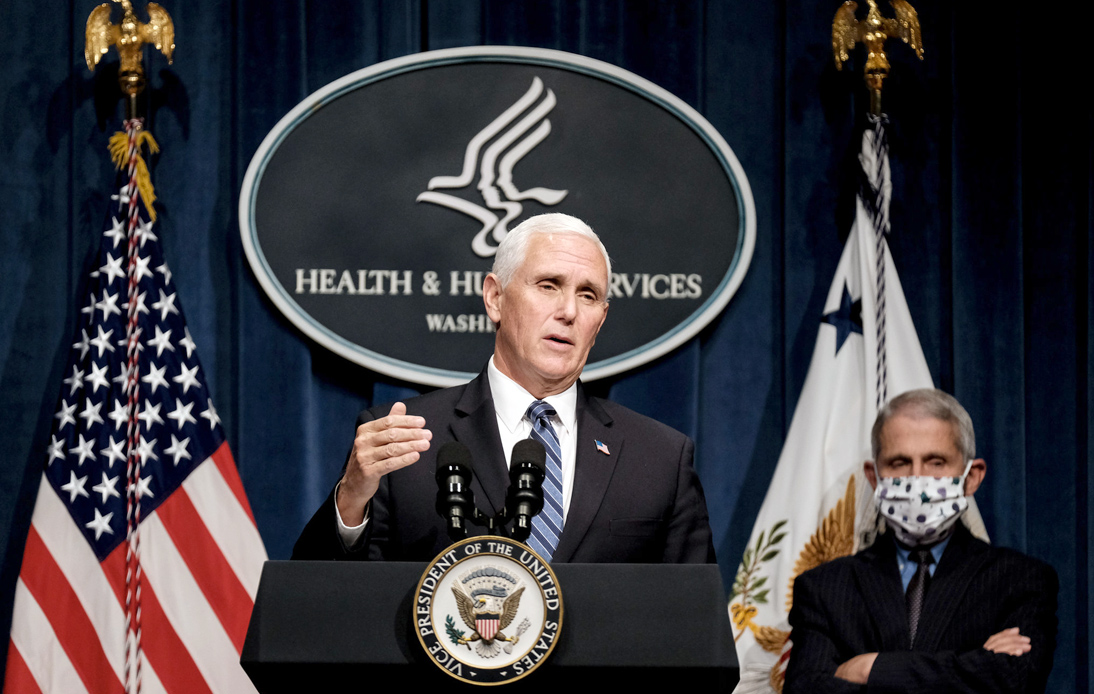 On Friday, the White House task force held a press conference about the Coronavirus after two months of silence. This comes in the wake of rising tension due to a surge in the pandemic-related cases in 16 states.

Vice-president Mike Pence said that the press briefing was organized upon the president’s request.

US infectious disease chief Dr Anthony Fauci admitted that the country is now facing a serious problem and the only way to contain the virus is if the citizens of America collaborate, cooperate and work together during these times of crisis.

While health experts have stated that there is a need for the country to put in more directed efforts to curb the spread of the virus, Vice-president Mike Pence applauded the country for its “progress,” specifically talking about New York and New Jersey, which were once the hubs of the virus.

“We slowed the spread, we flattened the curve, we saved lives,” he said.

On Friday, over 40,000 new cases were reported in the US. According to Johns Hopkins University, the exact number is 40,173, which is a new record for daily cases in the country.

Until now, the country has 2.4 million confirmed cases and witnessed 125,000 Coronavirus-related deaths, which is the highest tally in the world right now.

The White House task force advised even asymptomatic millennials to get tested. The states of Texas, Florida and Arizona, which were gearing up to reopen, have paused these plans for now.

While the increase in the number of cases could be due to increased testing, one cannot overlook the fact that the rate of positive results has also been on the rise.

It is estimated that only one-tenth of the actual number of cases have been reported till now.

In the briefing, Dr Deborah Birx, coronavirus response coordinator, lauded young Americans for adhering to the testing guidance. She said: “Whereas before we told them to stay home, now we are telling them to get tested.”

The idea behind this guide is to enable the testing and reporting of asymptomatic cases.

Dr Fauci further warned the country that while only certain areas have witnessed severe spikes in the last few weeks, this problem may soon impact other areas as well if the virus is not contained.

“People are infecting other people, and then ultimately you will infect someone who’s vulnerable,” he said.

However, Mr Pence denied any association between the rising cases and the reopening of the states.

Instead, he stated that it is the young asymptomatic people who are spreading the infection and adding to the number. He urged them to follow state governors’ advice, as even if they don’t exhibit any symptoms, they must take countermeasures to prevent the spread of the virus.