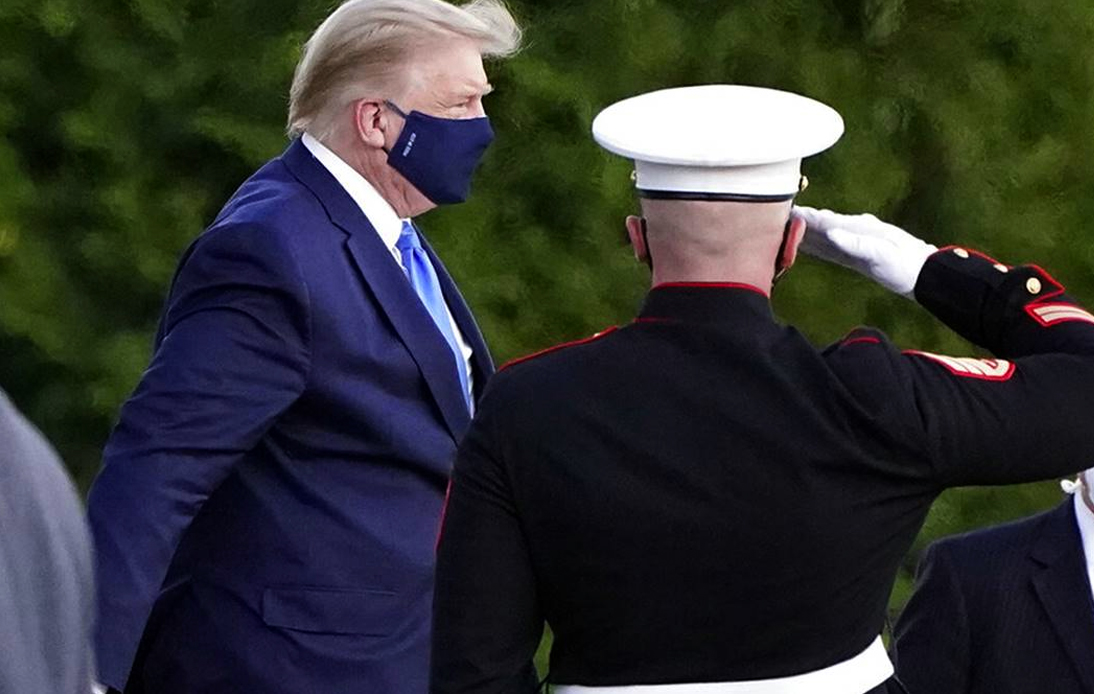 According to the statements of his doctors, the president of the United States, Donald Trump, is very well after receiving his diagnosis of COVID-19. However, others express concern.

Dr. Sean Conley, Trump’s doctor, said the president is in the hospital and has not had a fever all day nor required additional oxygen thus far.

However, this version has been disputed. It happens because, shortly after, the White House chief of staff indicated that he was concerned about the condition of the president since he was not yet on the clear path to recovery.

Donald Trump made his diagnosis public through a tweet last Friday, where he indicated that both he and his wife had tested positive for the coronavirus. This fact influenced his campaign and has led many people to question his attempt to have a new Supreme Court judge confirmed before Elections Day.

The presidential elections will be on November 3 of this year, the day on which Donald Trump will face Democrat Joe Biden.

According to the White House, the president is expected to stay in the hospital for a few days. Trump is now at the Walter Reed National Military Medical Center near Washington DC.

His doctor, Sean Conley, said he is cautiously optimistic about the president’s health, although he cannot give a date for his discharge.

Mark Meadows, the White House chief of staff, contradicted the doctors’ assessment, saying he was concerned. As he told reporters, Trump’s vital signs were alarming, and the next 24 hours would be critical.

However, the president tweeted: “Doctors, nurses and all at the great Walter Reed Medical Center, and others from likewise incredible institutions who have joined them, are amazing… With their help, I am feeling well.”

Trump is in a higher risk category for contracting COVID-19 as he is 74 years old, and is also someone categorized as obese.

Several national media reported that doctors had given Trump supplemental oxygen. However, Dr. Conley refused to confirm whether the president had ever received oxygen since his diagnosis.

“None at this moment and yesterday with the team, while we were all here, he was not on oxygen,” he stated.

Besides, he indicated that both he and his team were extremely happy with the progress that the president has made and said that some of his mild symptoms (mild cough and nasal congestion, as reported) were resolving and improving.