Protest in Naples Rejecting the Tightening of COVID-19 Restrictions 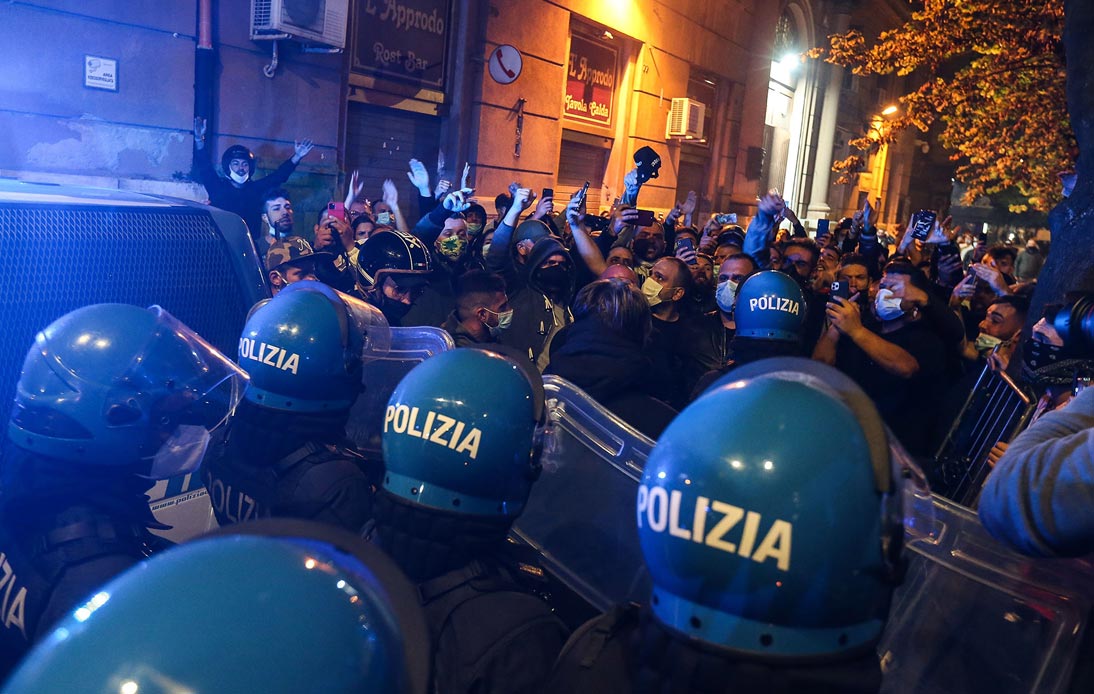 Naples has been facing protests in opposition to the tightening of measures to prevent the spread of the coronavirus. Also, protesters clashed with the police until late at night.

The rallies turned violent. Some of the protesters threw smoke bombs and firecrackers in the center of the southern Italian city, to which the police responded with tear gas.

Besides, the largest percentage of the crowd were young people, who defied the night curfew imposed on Friday night in the Campania region. This decision came after an increase in cases was recorded.

Vincenzo de Luca, regional president, called for a national lockdown to prevent repeating the number of victims left by the first wave of infections earlier this year.

The demonstrators had gathered in front of a university building in response to calls to demonstrate on social media and chanted slogans demanding financial aid. One of them carried a sign that said: “You close us, you pay us.”

Subsequently, hundreds of people approached the regional headquarters building on Friday night and broke a police cordon, according to the Italian news agency Ansa.

They also threw bottles, as well as smoke bombs, at the line of 100 riot police.

Alessandro Giuliano, Naples Police Commissioner, condemned the criminal behavior and said: “No conditions of discomfort, however humanly understandable, can in any way justify violence.” 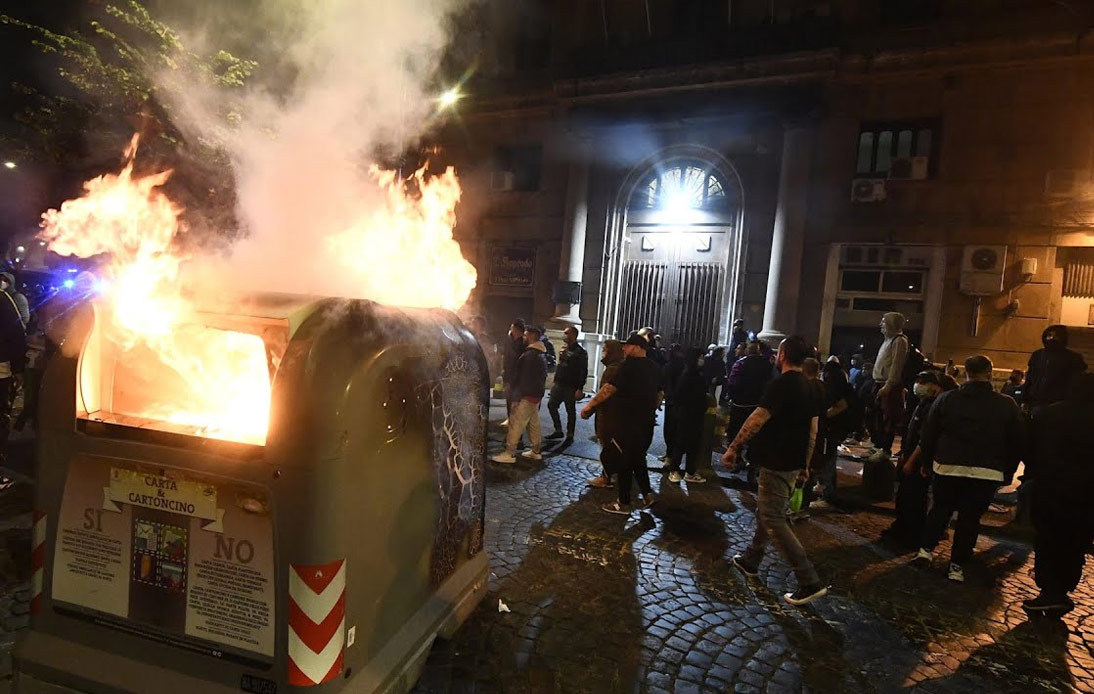 Protesters burn down the public asset in Naples, Italy

Italy was one of the worst-hit countries by coronavirus infections during the first wave in March and April. Now, it has seen a significant increase in cases, registering a worrying daily number of them.

On Friday, authorities announced there were 19,142 new infections. Additionally, 91 deaths were recorded, although this figure is still lower than the peak of deaths during the second quarter of 2020.

In the European country, regional leaders have the power to define and impose their own measures. Nevertheless, the president of Campania said that regional blockades were not enough, so he asked to resort to quarantine.

In a statement posted on the regional government’s website, he said: “We need to make one last effort to get things under control. We need to shut everything down for a month, for 40 days”.

Meanwhile, Prime Minister Giuseppe Conte said he does not want to repeat the national lockdown that was imposed during the first months of the year as Italy faced severe economic consequences and is still dealing with them.

Campania is the second worst-hit region of the territory in terms of new infections. It is behind Lombardia, which was the epicenter of the pandemic when COVID-19 first arrived in Italy.

These numbers place Italy on the list of the ten most affected countries by the COVID-19 pandemic.