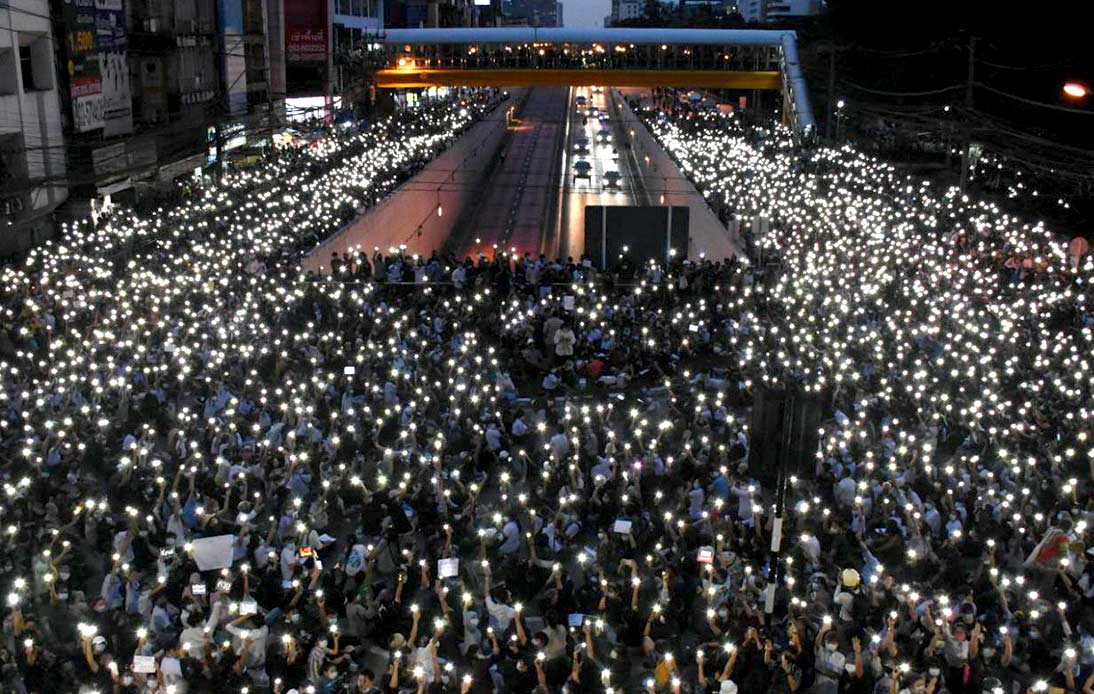 This Monday, a large crowd of young people gathered at the Kasetsart intersection in Bangkok. It was one of three places where rallies were held in the country’s capital on October 19.

All the protests dispersed peacefully around 7:15 p.m.

The three meeting places for the protesters were the Kasetsart intersection, the area in front of the Bangkok remand where the leaders remain detained, and the MRT’s Public Health Ministry station in Nonthaburi.

Subsequently, it was reported that the BTS SkyTrain would not stop at three stations after 5:30 p.m. These were Sena Nikom, Kasetsart University, and the Department of Forestry.

The BTS Skytrain reopened at 7:30 p.m., after the protesters left the rally sites.

Meanwhile, a protest was held at Silpakorn University’s Sanam Chan campus in Nakhon Pathom around 5:00 pm. 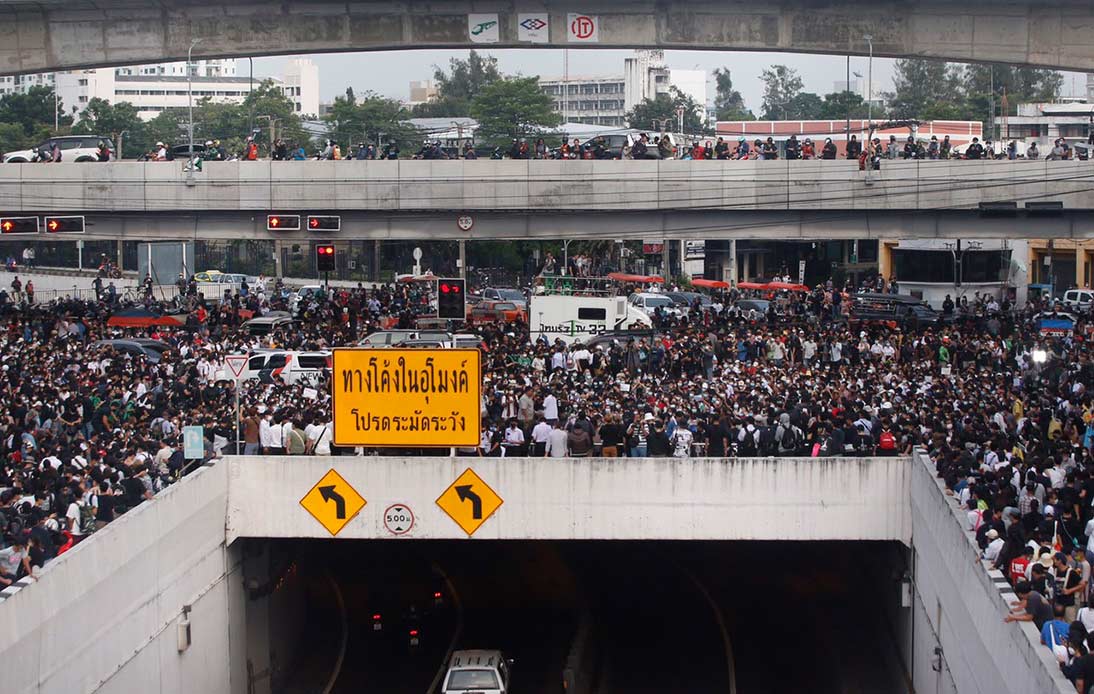 Also, in the north, the place of the demonstration was the Three Kings Monument in Chiang Mai. This rally lasted from 4:30 p.m. to 9:00 p.m.

Furthermore, in the south, protesting leaders instructed their followers to gather at the clock tower in Hat Yai, Songkhla province.

On Monday, the protesters demanded the release of their leaders and the resignation of Prime Minister Prayut Chan-o-cha. They also called for the reform of the monarchy and urged parliament to consider the people’s constitution amendment bill (iLaw).

Students from Satriwit and Debsirin, prominent schools in Bangkok, used the three-finger salute in solidarity with the protesters after paying their respects to the national flag.

Following the alleged crackdown in Pathumwan, where a Debsirin student was injured, leaderless protests have continued for the third day in a row.

To date, at least 80 people have been arrested.

Demonstrators have used messaging apps like Telegram, which was allegedly banned by authorities, to prevent police from guessing about their plans and actions.

Moreover, they also decided to publish the places of rally a few minutes before the time to prevent the police from taking action and restricting them from gathering to protest.