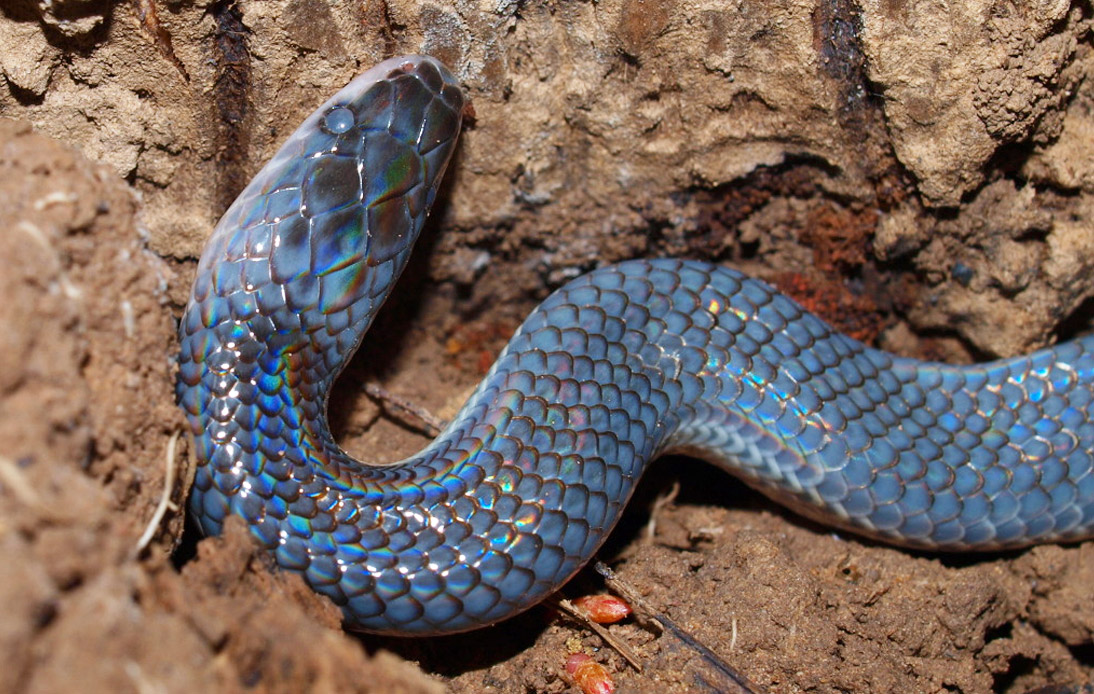 During a biodiversity investigation in Vietnam’s jungles and mountains in 2019, American and Vietnamese scientists found a strange-looking snake.

Its body was dark and iridescent, and its scales shifted colors between blue and green in the light. Besides, their scales were small, ridged, and had strange patterns.

Soon after, experienced scientists realized that they were looking at a never-discovered spice.

Aryeh Miller, one of the researchers and a fellow at the Smithsonian’s National Museum of Natural History, said: “That was a really exciting moment. The specimen looks very different. So different, in fact, that we didn’t know immediately what it was.”

On Monday, the researchers from the Smithsonian and the Vietnam Academy of Science and Technology published their findings in the journal Copeia.

The report indicates that they saw the snake in the northern province of Ha Giang in Vietnam, which borders China. There were some physical clues in the appearance of the rare snake. They explained that it did not have bright light photoreceptors in its eyes, suggesting that it is hiding underground or beneath leaves.

These types of snakes are difficult to find because they live below the surface.

Later, they realized that the species belongs to the rare genus Achalinus, also known as “odd-scaled snakes”. Instead of overlapping like in most snakes, their scales spread out.

Only 13 known species are known within the genus, and six are from Vietnam.

Truong Nguyen, vice director of the Institute for Ecology and Biological Resources at the Vietnam Academy of Science and Technology, said: “In 22 years of surveying reptiles in Vietnam, I have collected only six odd-scaled snakes. This is one of the most poorly studied groups of reptiles.”

Investigators named the snake “Achalinus zugorum in honor of the retired Smithsonian curator of reptiles and amphibians.”

The genus Achalinus branched out from the evolutionary tree earlier than other groups, and they behave very differently from many other snakes -so they can carry valuable information about their evolution.

Researchers then took the specimen to the Smithsonian to sample and sequence its DNA to send it back to Vietnam.

In the study, the expert group also highlighted the dangers that threaten Vietnam’s biodiversity and ecosystems, such as quarrying, deforestation, and overexploitation of species.

“It’s happening so quickly that we can’t keep up. Some of the species unique to this region are gone before they’re even described,” said Miller, the Smithsonian researcher.

The study also says that discoveries like these can better inform conservation policies and management strategies as the only way to assure the long-term survival of these enigmatic snakes in the face of existential threats.