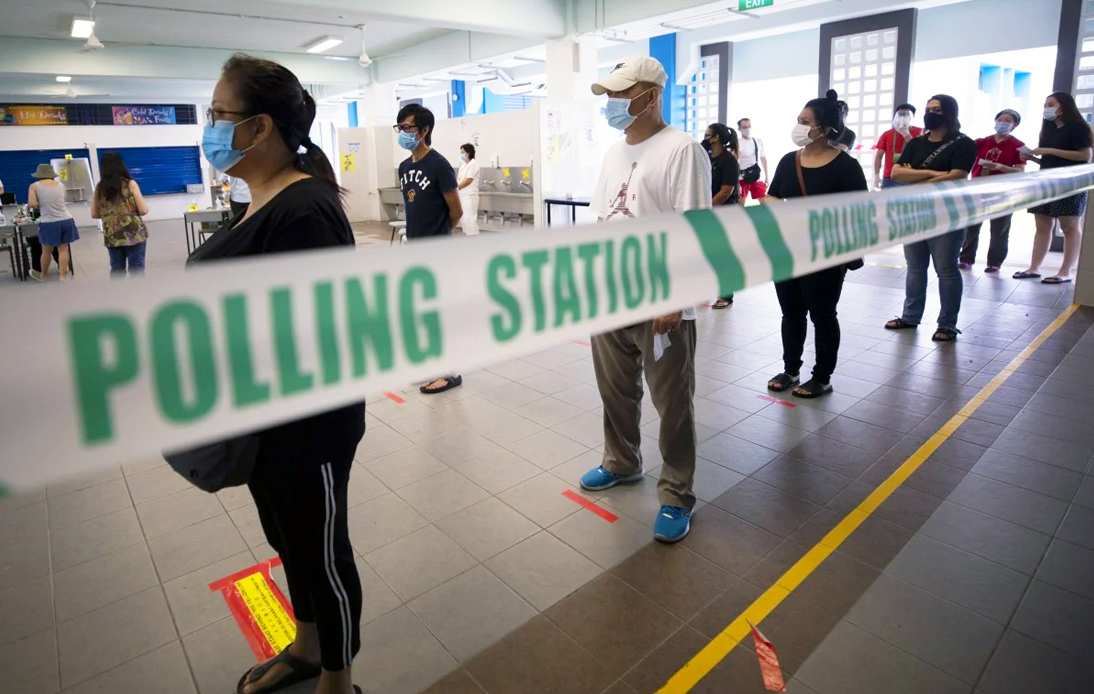 Despite the coronavirus and its impact on the economy, voting has begun in Singapore’s general election, joining the list of very few countries that managed to hold some form of elections amid the pandemic.

The city-state has imposed strict safety measures for this event and has mandated the voters to wear gloves and masks. Moreover, each voter has been allotted a specific timeslot.

In the Asia-Pacific region, Singapore is one of the worst-affected countries, with over 45,000 reported cases.

With most countries banning large gatherings to curb the spread of the virus, very few countries chose to hold their national elections since the onset of the pandemic.

While South Korea held its elections in April, Serbia voted in late June.

It is expected that the incumbent party will retain its power, as the People’s Action Party (PAP) has ruled Singapore since it gained its independence.

Mr Lee has occupied the office since 2004 and has hinted that he will not contest for the seat after his next term.

The main opposing party is the Workers’ Party, which criticized the government’s decision to hold elections amid the pandemic, stating that it was a ploy to weaken its efforts related to campaigning.

While the elections are not exactly nail-biters in Singapore with the results already obvious to most, the scrutiny is mostly directed towards any shifts in the PAP’s performance, with even the slightest changes gaining traction.

Needless to say, the main election-based issues this year are related to the government’s handling of the pandemic and the impending economic crisis.

Initially, Singapore was recognized globally for containing the virus to clusters, until migrants caused a massive upsurge in the number of cases.

The deaths in the country have continued to remain low and most of the infections have been traced back to the migrant workers living in dormitories.

The country has adhered to strict measures until recently. Now the restrictions are gradually being lifted as a very small number of cases has been reported by the locals.

However, physical distancing and face coverings are still compulsory in public places.

During the voting process, 2.65 million voters are expected to sanitize their hands and wear disposable gloves before the ballot paper is handed over to them.

In case of those who have been quarantined in hotels after returning from foreign soils, mobile polling teams have been created to carry the ballot boxes to such citizens.