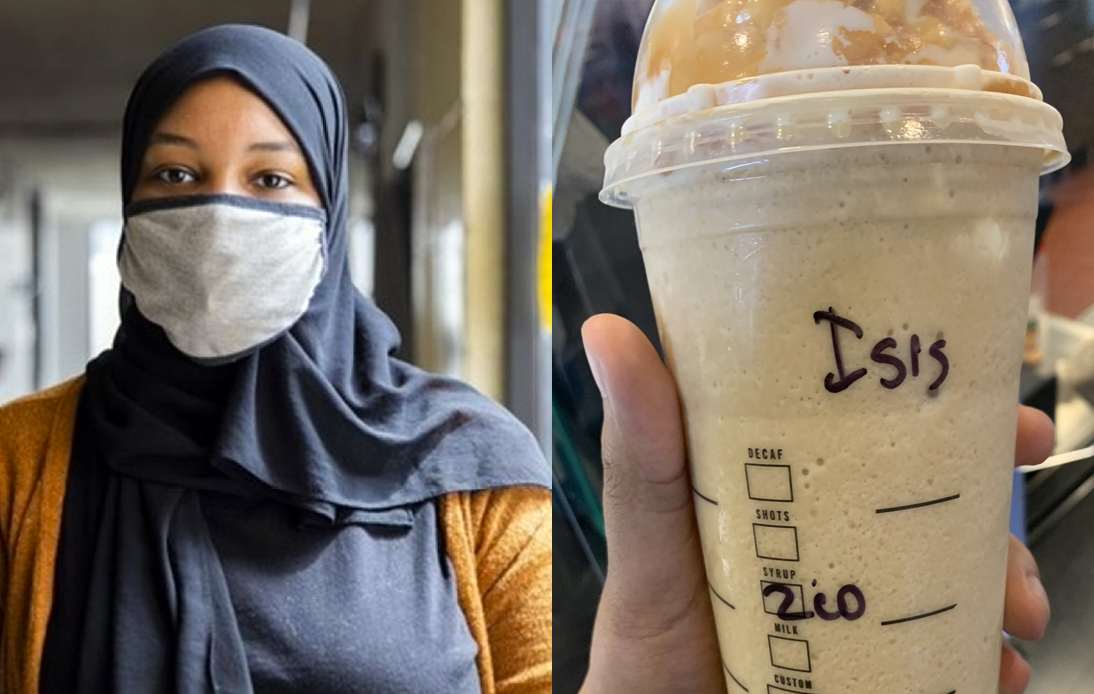 A 19-year-old Muslim American, who wears a hijab, a headscarf worn by Muslim women while buying her coffee on July 1, from a Target Barista received a drink with “ISIS” written on the cup instead of her name at one of the retail corporation’s Minnesota locations.

ISIS stands for Islamic State of Iraq and Syria, a terrorist group known for its violence and aggressive actions.

Aishah, who requested to be called by her nickname said “I was so overwhelmed and shocked with a mix of emotions and felt belittled and humiliated.  She also added that she was flabbergasted that in this day and age, discrimination still exists and majority consider it acceptable.

American-Islamic Relations (CAIR-MN) which represented Aisha has filed a charge of discrimination to the Minnesota Department of Human Rights on Monday.

According to the report submitted by the Human Rights organization of Minnesota, the barista of Starbucks asked her name and Aishah slowly repeated her name which is absolutely impossible to be heard as ISIS. They added that the name Aishah is a very common Muslim name which any people could easily spell.

The employee denied that he intentionally wrote ISIS on the cup, claiming the he incorrectly heard the Muslim American name.

After requesting to speak to the supervisor of Target Starbucks, he told that mistakes happen especially with customer’s names, orders and charges.

He claimed that the case is closed and dismissed for there was compromise by giving the Muslim-American a new drink and $25 Starbucks gift card before being escorted from the premises by security officers.

Through an e-mail statement, the spokesperson of Target Starbucks wants every customer to feel welcomed, valued and respected.  They denounce any discrimination and harassment in any form. They apologized to her and made some company store leaders aware.

An investigation was done by the Starbucks officers and declined to comment on the merit of the incident.

Aishah said she filed a formal complaint to Target and has yet to receive the result of the investigation.

CAIR-MN represented by Jaylani Hussein is calling for the immediate investigation and for the firing of the employees involved in the incident.