Taiwan Honoured to Host LGBT Pride Parade ‘For the World’ 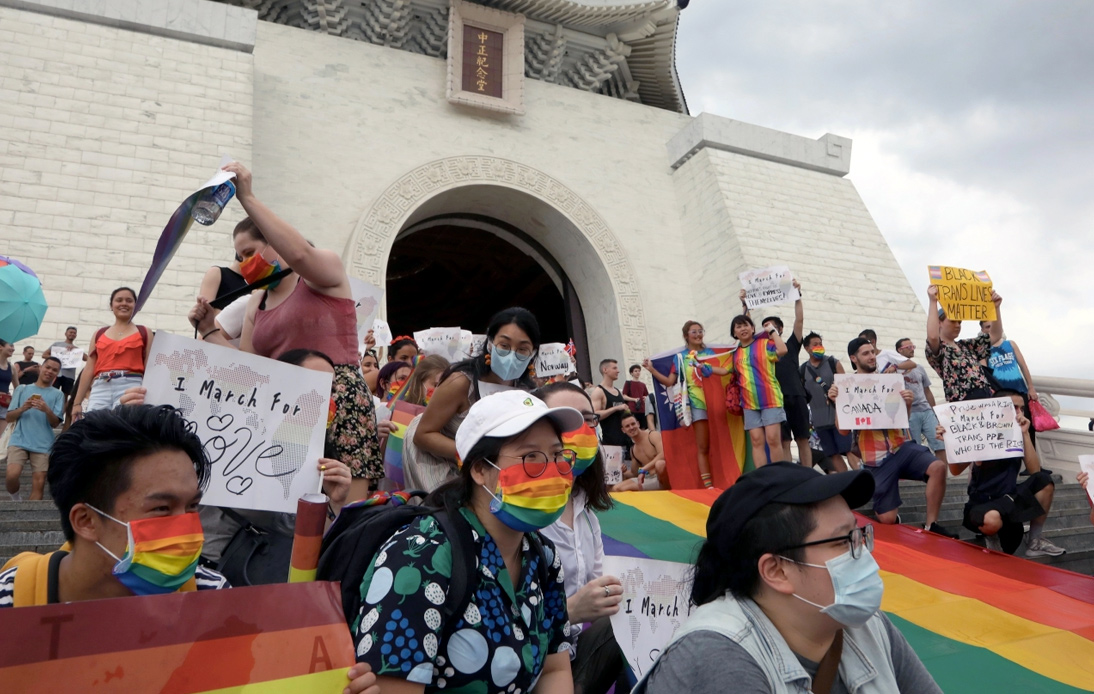 As most countries had cancelled their gay pride parades due to the contagious coronavirus, Taiwan rescheduled its pride march to this month. Usually, Taiwan hosts this important event, celebrating the LGBTQ+ community, in October when the weather is pleasant and cool. However, this year, it is one of the few countries to host the event this month.

Over 200 people swarmed to the Liberty Square in Taipei, Taiwan’s capital, on Sunday as they echoed that the country is marching for the rest of the world.

Darien Chen, who organized the event, stated that the country is honoured to conduct this even at a time when over 500 such parades have been cancelled across the globe. He also said that with this year’s parade, they wanted to acknowledge that 2020 is the 50th consecutive year to celebrate this event, which began in the US. “The whole world is facing the height of the pandemic,” he said. “So Taiwan won’t give in. and we must continue with this flame of hope and stand up for the world.” Chen represented Taiwan at Mr Gay World 2013.

Taiwan is the first country in Asia to legalize same-sex marriage, while many countries are still battling the stigma associated with homosexuality.

Taiwan decided to celebrate the event as the country has not recorded any coronavirus cases due to community transmission in over two months. In total, Taiwan recorded about 440 cases and seven coronavirus-related deaths.

The party attending the event unfolded a huge rainbow flag outside the main memorial hall. The crowd also directed abuses towards the statue of the autocratic leader Chiang Kai-shek, positioned right in front of the hall, before the police intervened and sent them away.

People danced and sang as they marched with their masks on. Due to rain, the event was delayed by an hour.

While most countries resorted to social media to celebrate this event, the people of Israel took to the streets to fight for the rights of the LGBTQ+ community. These rallies were held in four major cities in the country under strict security measures. Similar parades were held in Berlin, to promote equality and stand up for the LGBTQ+ community as well as the African-American community.