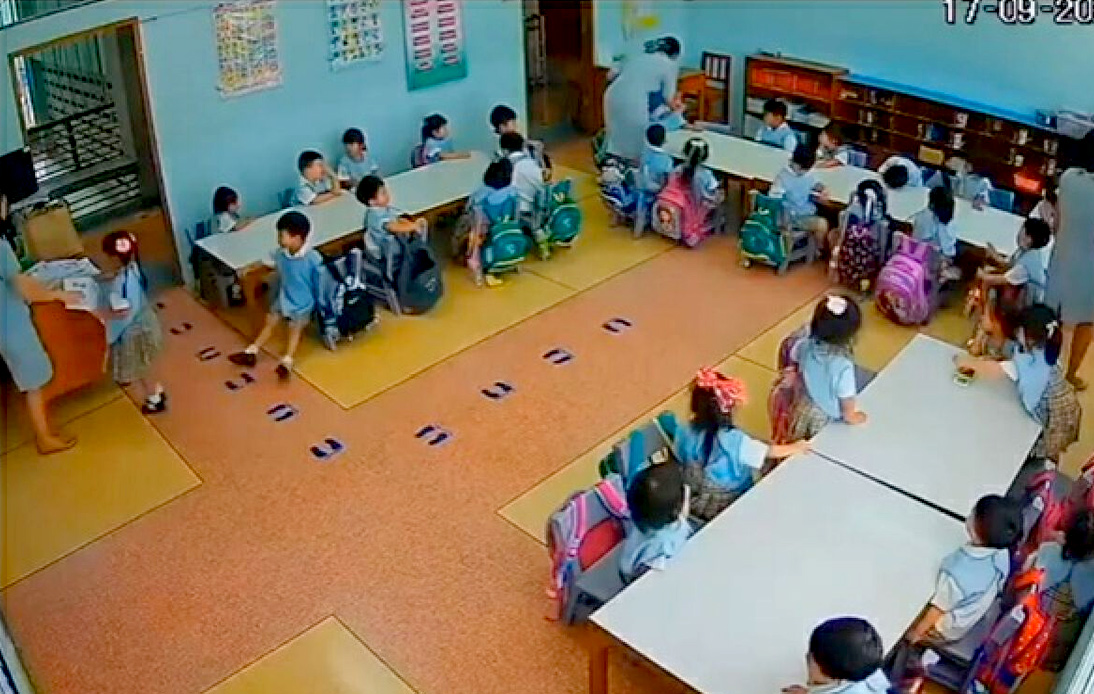 A video shows how a teacher pushes a three-year-old boy to the floor in front of another staff member of the private school Sarasas Witaed Ratchaphruek. The incident occurred on September 23rd in the Pak Kret district of Nonthaburi.

The Office of the Private Education Commission (OPEC) indicated that they would require executives at the private school Sarasas Witaed Ratchaphruek to take legal action against staff who saw a teacher hit the children but did nothing to stop her.

Attapon Truektrong, OPEC Secretary-General, raised questions about the school’s punishment for the teacher, stating that a reprimand was not appropriate.

Likewise, he indicated that turning a blind eye to the violent incident was as serious as committing the offense as such -concerning the assistant teachers who witnessed the incident.

Attapon revealed that he was later told that the school had fired the teacher. Besides, he stated that the accused woman did not have a teaching license. However, the school hired her anyway.

The OPEC Secretary-General also indicated that they would review whether the school’s tuition met cost standards or was too expensive, while determining whether the English program for preschool children met the stipulated regulations.

According to reports, enrolling at Sarasas Withaed Ratchaphruek can cost more than 100.00 baht per semester.

There is not a single video. During the past week, several videos were widely shared on the Internet, on which a woman can be seen assaulting children from Kindergarten 1.

Consequently, on September 25th, furious parents and representatives visited the school and confronted the teacher from the videos, who was identified as Ornuma “Khru Jum” Plodprong.

Afterward, the woman filed a complaint against the parents with the authorities.

School officials met with parents to provide legal assistance to all affected families. Besides, the parents have filed complaints with the woman with the local police.

On the other hand, Kanokwan Wilawan, Deputy Education Minister, would also meet with the parents of the students involved in the case of Khru Jum.

Prakairat Tonthirawong, a member of the National Human Rights Commission, indicated that violence against children contravenes constitutional regulations, the Convention on the Rights of the Child, and the Early Childhood Development Act.

She also urges the Ministry of Education to strive to prevent violence against students through appropriate and effective methods such as teacher training on developmental psychology.

“Social Hunter. Reborn” is a Facebook page that reported that an elementary school teacher from the same institution had hit other students with a long-handled dustpan. But, there were no more details about it.