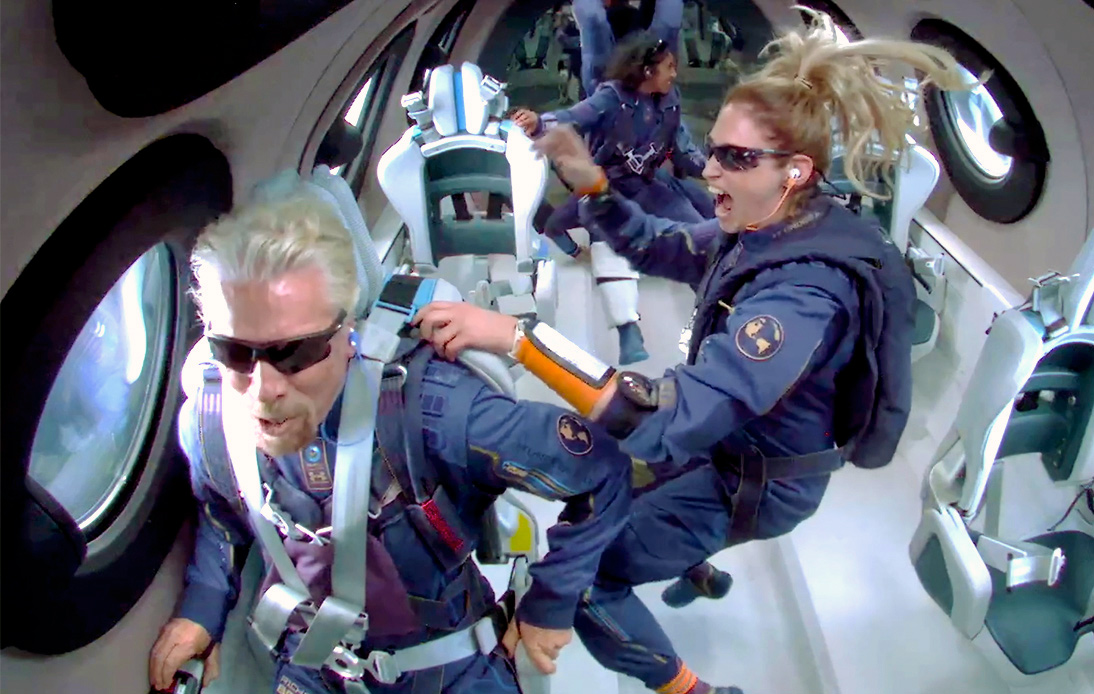 Billionaire UK businessman Sir Richard Branson has successfully reached the edge of space aboard his own Virgin Galactic rocket plane.

VSS Unity blasted off from and flew over New Mexico in the US for a one-hour mission on its first fully crewed test flight.

Sir Richard’s company has been working to develop the vehicle for 17 years.

Sir Richard described the journey as “the experience of a lifetime,” returning safely to earth just over an hour after takeoff.

“I have dreamt of this moment since I was a kid, but honestly nothing can prepare you for the view of Earth from space,” he said in a press conference after the flight.

“The whole thing was just magical,” he added.

According to Sir Richard, the flight was a test of the space tourism experience he plans to offer from 2022.

He said that he kept a notebook where he wrote down 30 or 40 “little things” that needed to be improved to “make the experience for the next person who goes to space with us that much better.”

“The only way sometimes you can find these little things is to get in a spaceship and go to space and experience it for yourself,” he stated.

The flights will allow them to get high enough to see the black sky with five minutes of weightlessness to float inside the VSS Unity cabin.

Sir Richard Branson first announced his intentions to create a space plane in 2004, hoping to start commercial service in 2007.

However, a fatal accident during a development flight in 2014 and technical difficulties have made the space project challenging.

Now, the entrepreneur is the first of the new space tourism pioneers to test his own vehicles, surpassing Amazon’s founder Jeff Bezos and SpaceX’s CEO Elon Musk.