Tension Increases Over Rallies and Protesters Detained in Bangkok 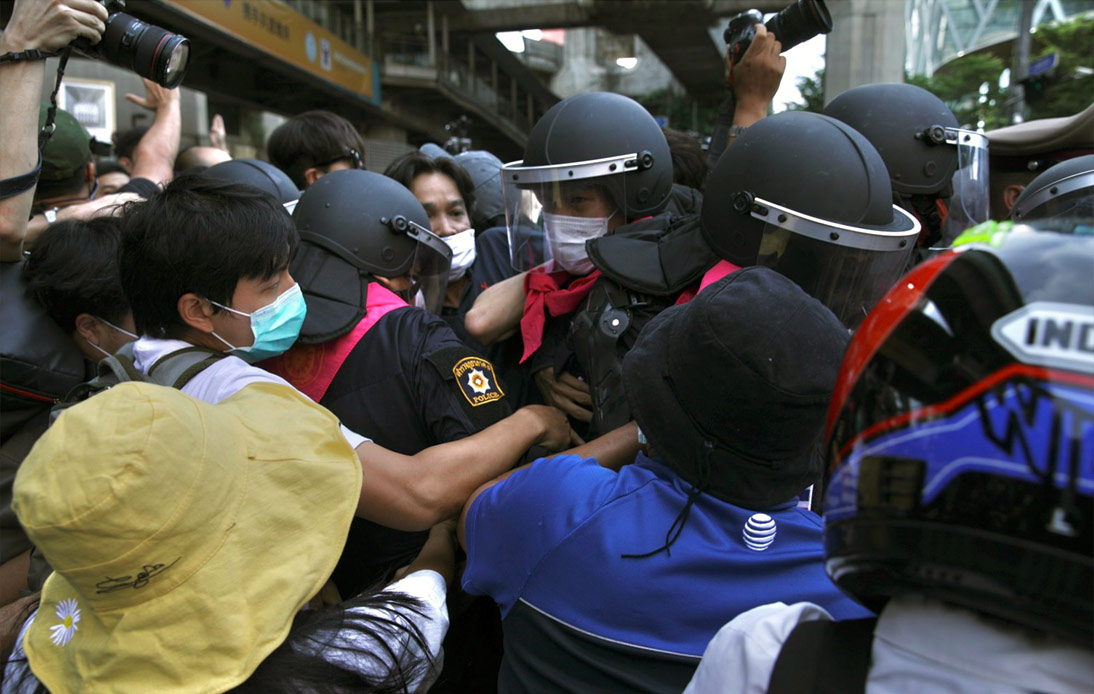 Protesters peacefully called off protests at night, starting at 10:00 p.m. However, they warned that they could be holding more protests in the near future to demand, among other things, the release of the leaders captured in the rallies last Tuesday.

A massive protest took place in Bangkok, along with a smaller one in Bangkok and Chiang Mai. Both continued until around 9:45 p.m. this Thursday.

The protesters demanded the release of the leaders of the protest groups, the resignation of the prime minister, and the rewriting of the constitution. Also, they asked for the dissolution of parliament and the end to the harassment of demonstrators.

Large numbers of students joined the anti-government protest, specifically at the Ratchaprasong intersection. The protesters began to gather at 4:00 p.m, and the tension between the police started to subside at 5:00 p.m. when the leaders of the demonstration called for keeping calm and maintaining a non-violent character of rallies. 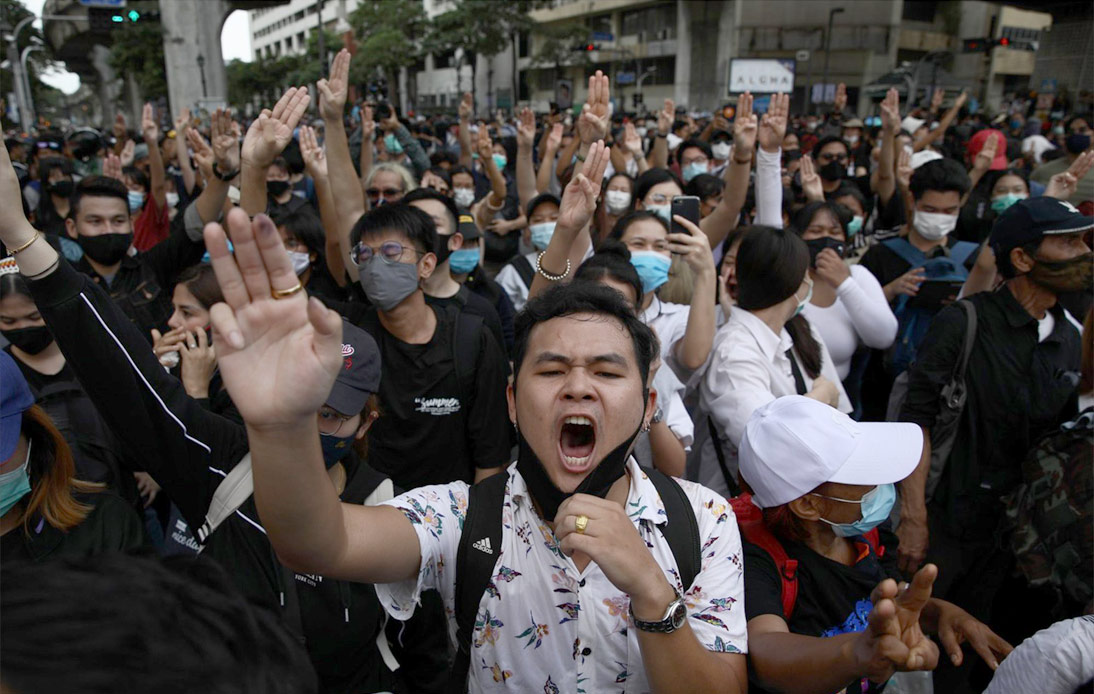 However, the police were deployed at the intersection and surrounding area in force, preventing people from leaving the place where they were demonstrating.

This event occurred after the sudden imposition of the citywide emergency rule. According to this decree, any gathering for political purposes of more than five people is illegal.

In this sense, a total of 21 protesters were arrested and taken to the headquarters of the Region 1 of the Border Patrol Police for having violated the state of emergency.

Three of the most influential leaders of the protest, Panusaya “Rung” Sithijirawattanakul, Parit “Penguin” Chiwarak and Nutchanon Payakaphan, have also been denied bail. They remain in jail and face alleged charges in connection with pro-democracy protests in Bangkok, including sedition.

Besides, reports indicated that arrest warrants were issued for other protesters allegedly involved in an incident at the Royal motorcade yesterday. 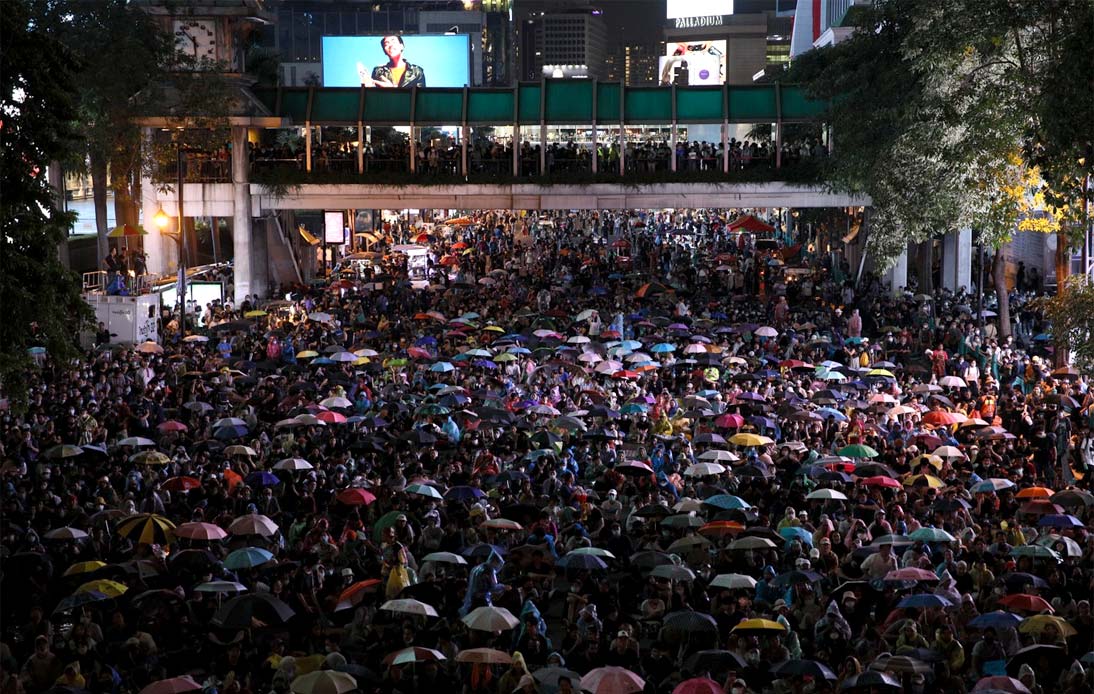 The Pathum Thani Provincial Court denied bail to the three leaders. However, according to reports, there are several organizations that protect human rights that are working to guarantee their safety.

Also, the leader of the opposition party Pita Limjaroenrat said that all the protesters at the Border Patrol Police Region 1 headquarters were safe and well-treated.

Arnon Nampa and Prasit Khrutharoj, prominent activists and prominent protesters, were flown to Chiang Mai by a space command unit. Both face charges for sedition and speaking out about the reform of the monarchy in demonstrations.

Arnon posted via Facebook that he had not been allowed access to a lawyer. Then the accounts of him and his fellow leader disappeared from the platform.