Thailand Can Expect Heavy Rainfall Throughout This Week 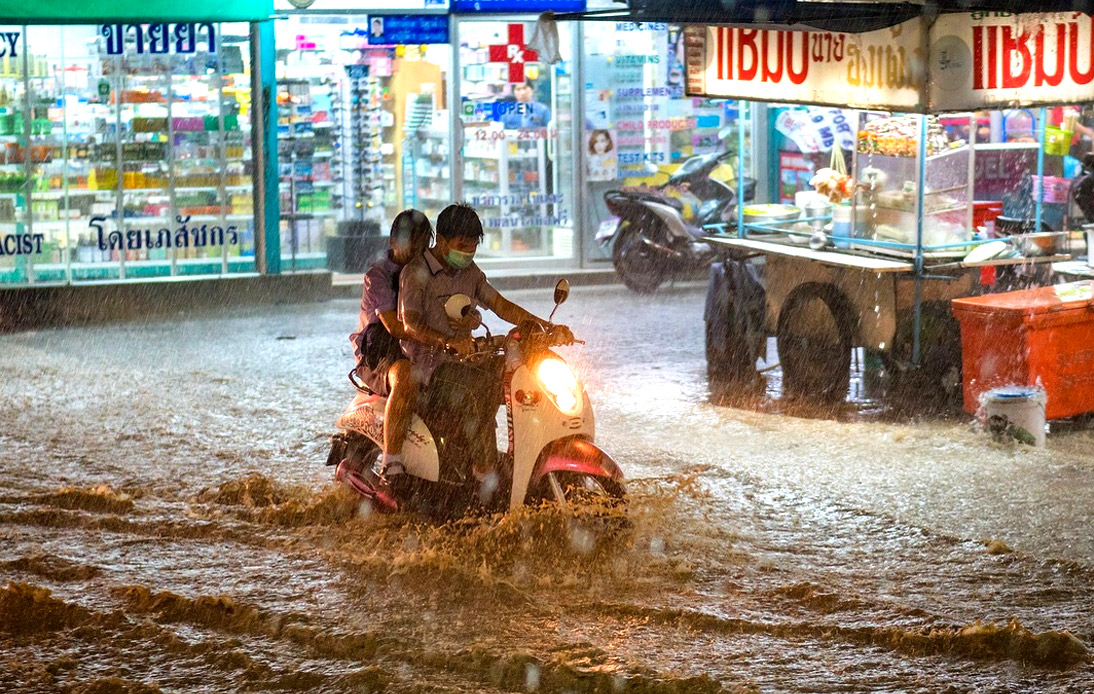 Heavy rains have fallen in Thailand and are expected to continue during the rest of the week.

According to statements from the Meteorological Department, continuous rainfalls with the potential for flash floods are expected throughout the country this week.

Reports indicated that the rain could continue until at least Wednesday.

The rain that falls over the entire country is due to the influence of the monsoon trough and a low pressure system. That is why runoff and flash floods are expected in some areas during this period.

In this regard, the Thai Meteorological Department issued a weather warning regarding an active low pressure cell in the South China Sea. Based on their criteria, the active cell is likely to form a depression and move westward toward the upper Gulf of Thailand on Friday.

As a recommendation, it asked those in risk areas in the north and northeast region to take precautions and beware of potentially risky conditions, such as floods and damage caused by high winds.

Similarly, the Meteorological Department indicated that more heavy rains are also expected in the southern provinces. This is due to the advance of the southwest monsoon across the Andaman Sea, southern Thailand, and the Gulf of Thailand, which would intensify between Tuesday and Friday.

“Waves in both the Andaman Sea and upper Gulf of Thailand are predicted to be strong and reach 2 to 4 meters high and over 4 meters high during thunderstorms,” the department reported via its website.

Furthermore, it recommended that ships proceed with caution during the week and stay away from thundershowers. For small boats, the Meteorological Department asked to be docked until Sunday when there is less risk of rain and wind.

Meanwhile, the Department for Disaster Prevention and Mitigation said Nakhon Ratchasima, Sa Kaeo, and Nan had been affected by torrential rains, which caused flooding on Sunday.

According to statements by the competent authorities, around half of the country’s capital, Bangkok, will be facing heavy rains once again.

Thailand is in the rainy season, and statistically, October is the wettest month of the entire year. For that reason, people expect rains of different intensity to fall over the country during the rest of the month.