Thailand Logs 789 New Cases and One Death on Saturday 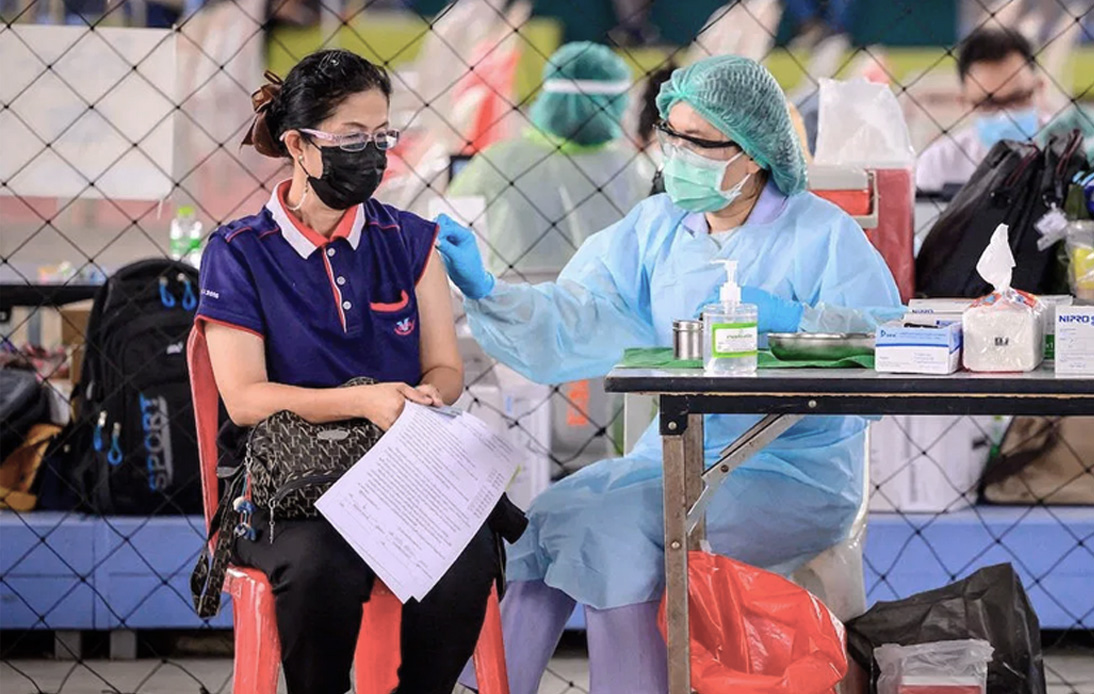 Health authorities in Thailand reported that one person died from COVID-19, and 789 more were diagnosed with the disease on Saturday. The number of new cases included 781 local infections and 259 infections found in communities.

The latest reports raise the national case toll to 31,658 confirmed infections and 97 coronavirus-related deaths since the pandemic began in March last year. Opas Karnkawinpong, director-general of the Disease Control Department, said the 60-year-old Thai man from Nakhon Pathom who had died suffered from diabetes and high blood pressure.

He had a cough and sore throat on February 7 and sought treatment at a hospital when other symptoms appeared, including fever and shortness of breath.

By March 19, the man’s health had improved, and he was removed from a ventilator, but he had phlegm and began to feel exhausted two days later. Doctors discovered that he had contracted the virus and was resistant to drugs.

He died on April 4 after suffering from acute kidney failure, and doctors concluded five days later that the causes were COVID-19 and other complications.

A recent outbreak, including many cases of the most contagious UK coronavirus variant, has spread to 62 provinces across the country. The latest wave to threaten Thailand started last month after infections began to spread to nightlife venues in Bangkok and nearby provinces.

Now, the outbreak has been linked to 1,016 cases reported in 40 provinces over the past three weeks.

Of the total infections, 583 were detected in Bangkok, including 177 that originated at the high-level men’s club Krystal Club, located in the Thong Lor area. Other hotspots in the capital were the Emerald Club with 34 cases, and The Cassette, with 31 infections.

This week, at least a dozen hospitals in Bangkok said they had stopped COVID-19 testing due to a lack of kits or capacity. Authorities say hospitals are also refusing to test as they are required by law to admit people who test positive.

In response, health officials plan to install up to 10,000 field hospital beds in Bangkok so that everyone can receive treatment.

“We aim to increase (field) hospital beds to 10,000 in no time, which should give the public confidence that we can still contain this round of the outbreak,” said Suksan Kittisupakorn, director-general of the Medical Service Department.

“The current surge appeared to be the country’s worst yet,” he added, expressing his concern about the situation.

Likewise, Prime Minister Prayut Chan-o-cha urged people to do everything possible to limit the virus spread, even when millions of people want to travel and gather to celebrate the Songkran festival.