126 COVID-19 Reported, Samut Sakhon and Tak Have the Most 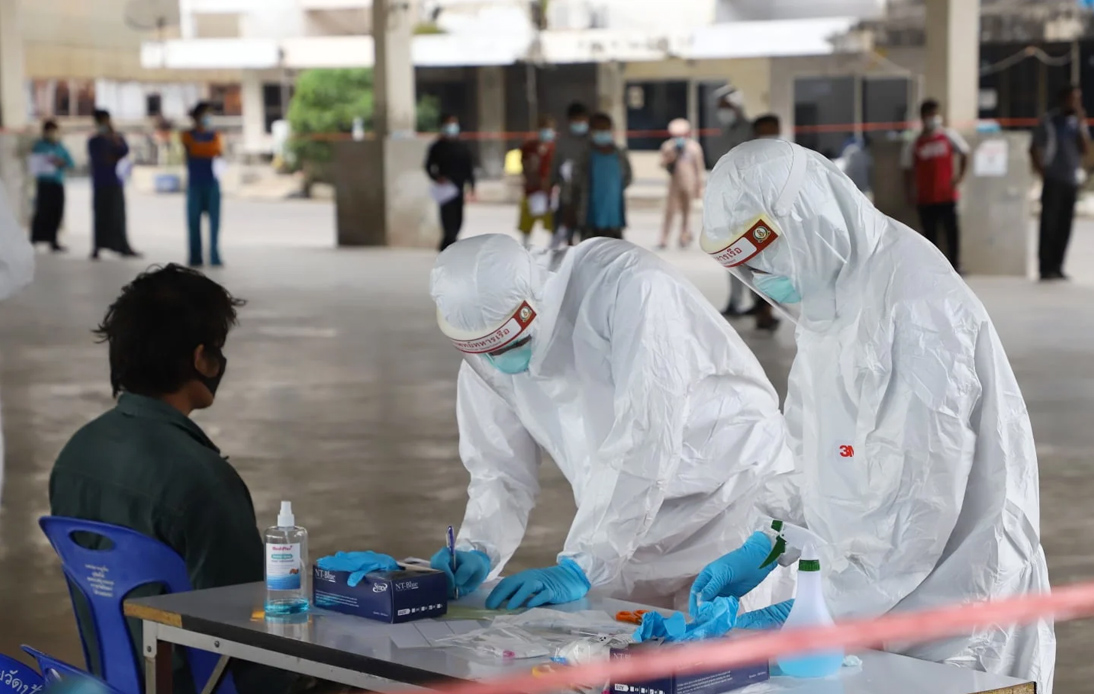 Tak province has been considered a new COVID-19 hotspot after reporting 52 new infections from proactive testing.

On Saturday, Thai authorities said they had found 126 new cases, with 116 local and ten imported infections. Those figures rose the number of confirmed COVID-29 cases in Thailand to 24,405 since the pandemic began in March last year.

Of the group of local infections, 79 were found by active case finding.

The provinces were: Tak (52 cases), Samut Sakhon (24), Petchaburi (1), Patum Thani (1), and Samut Songkran (1), according to the Center for COVID-19 Situation Administration (CCSA). Of the cases found in Tak, 21 (one Thai and 20 foreigners) were hospitalized, and the rest were being investigated.

In Samut Sakhon, the epicenter of the pandemic, the 24 new cases were seven Thais, 19 Myanmar people, and one Cambodian.

The number of cases in the province has dropped considerably since the Ministry of Public Health adopted the “seal and bubble” strategy in large factories as of February 6 intending to control local transmission in 28 days. One of the steps in this strategy was to actively search for cases in factories and public places in the province.

By nationality, they were five Thais, two Americans, two Australians, and one Indian. But they flew from the United States (3), Turkey (2), United Arab Emirates (2), India (1), and Malaysia (1).

Likewise, the CCSA reported that the death toll remained at 80.

Meanwhile, authorities informed that they found a total of 124 cases, both Thai and migrant workers, in the Pornpat market in the Thanyaburi district.

The infections were detected through active case finding.

The results came from 817 nasal swab tests performed in the Prachathipat tambon market. According to Thanyaburi district chief Pitsanu Prapatanant, the provincial communicable diseases committee was working hard to ensure that everyone linked to the market got tested as soon as possible to prevent the virus from spreading to other areas.

Mr. Ptisanu said that they were looking for cooperation from stall operators to bring their workers, other employed, and their families to the market to undergo COVID-19 tests.

He said that anyone found infected would be treated quickly, adding that the market would only reopen once no more infections are detected in order to ensure the safety and protection of people who work at the market and the customers.