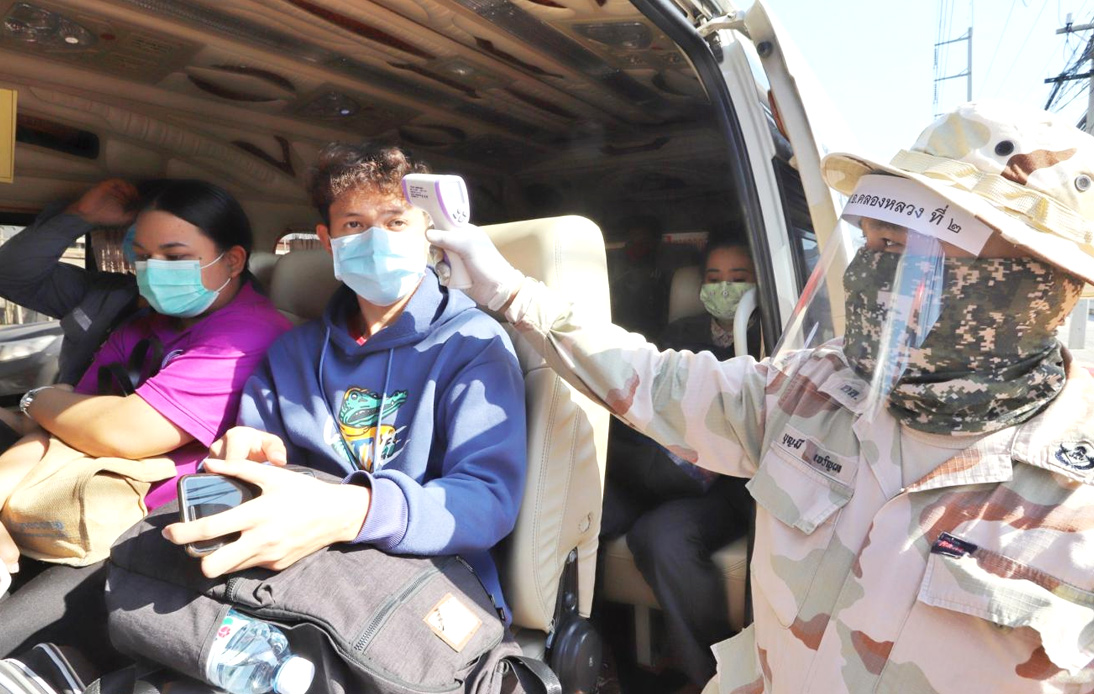 On Friday, authorities announced that they had found 188 new cases of COVID-19, including 154 local and 34 imported infections.

These figures bring the total number of cases since the pandemic began to 11,450.

Taweesilp Visanuyothin, a spokesman for the Center for Covid-19 Situation Administration, said 81 of the new cases were identified through the conventional healthcare system. Of that group, 47 infections were recorded in Samut Sakhon and 27 in Bangkok.

Through active case finding, 73 infections were detected, including 52 migrant workers in Samut Sakhon.

The 34 imported cases were 21 quarantined arrivals, including six from Germany and three from Turkey. There was also one each of these nations: Czechia, Belgium, Hungary, Pakistan, Egypt, Kuwait, Switzerland, the Philippines, Sudan, Russia, the United Arab Emirates, and the United States.

Thirteen other cases were people who came to the Mae Sot district of Tak from Myanmar.

According to Dr. Taweesilp, the province had 100 COVID-19 patients, and 81 of them were arrivals. He also said that Thais who entered Myanmar illegally to work now wanted to return to Tak.

They were quarantined after officials let them in without taking legal action.

Dr. Taweesilp said that 152 Thais had returned to Tak so far, and all were quarantined. Of that group, 65 had tested positive for COVID-19. He also explains that 8,288 cases (73.3%) of the total 11,450 cases since the pandemic began early last year had recovered.

There were no new deaths on Friday, so the death toll remained at 69.

Since the new COVID-19 outbreak was detected in the country on December 15, 2020, authorities have reported 7,213 cases. However, the number of weekly cases went from 2,674 infections recorded last week to 1,397 new cases this week.

“The number fell by half. That is good news,” Dr. Taweesilp said.

Likewise, the number of provinces hit by the new wave of coronavirus cases remained at 60.

The number of COVID-19 cases worldwide rose by 749,265 in the last 24 hours, reaching a total of 93.53 million infections. Likewise, 15,361 new deaths were registered worldwide, which brings the total to two million and raises the mortality rate to 2.1%.