32 Arrested at Restaurant in Pattaya for Violating No-Alcohol Restrictions 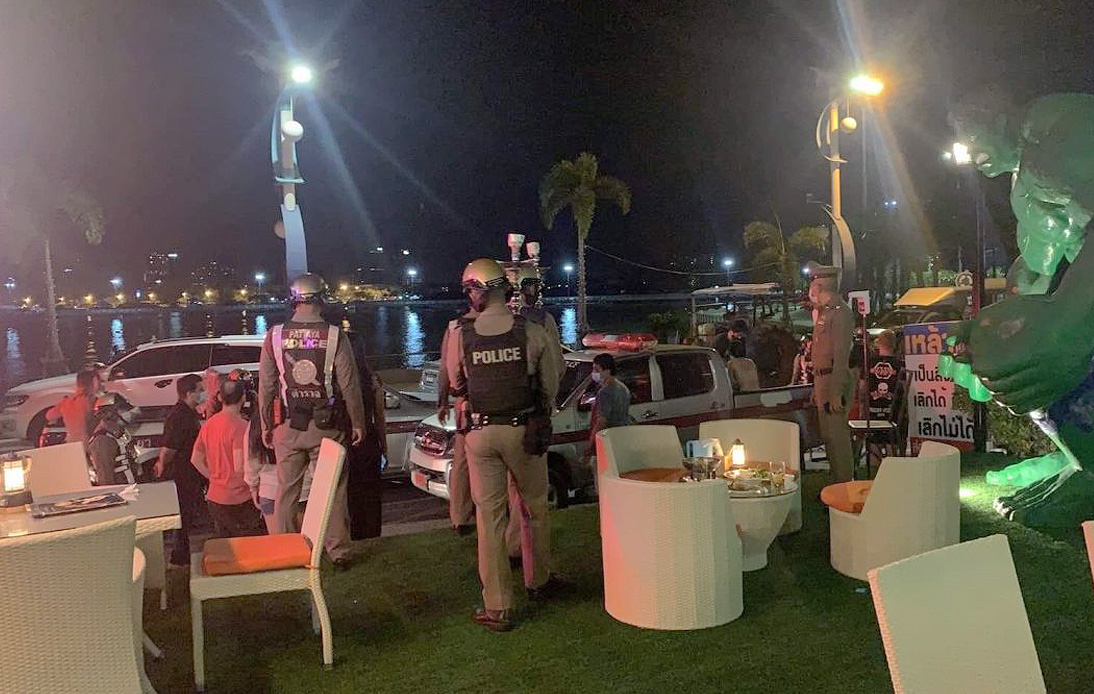 Authorities arrested thirty-two people, foreigners and Thais, for violating COVID-19 regulations as they were drinking at a Pattaya restaurant.

Police acted in response to reports that the restaurant was illegally allowing dinners to drink alcohol and smoke on the premises in defiance of pandemic controls.

When the police arrived at the scene, they confirmed that customers had been drinking and smoking shisha tobacco from baraku or hookahs. The officers arrested a caretaker, 24 Thai clients, and seven foreign clients and later took them to the Pattaya Police Station.

Customers were charged with illegal assembly in defiance of the emergency decree and violating the disease control order.

Citizens were worried about the health crisis and feared the spread of COVID-19 in the area, as customers were also socializing, mingling, and using several smoking devices.

Pattaya City Police will also partner with Banglamung District officials to identify the business owner and discuss closure measures against the venue.

Under the current emergency decree rules in Thailand, authorities could apply strict sanctions to businesses that violate the restrictions, including tens of thousands of baht in fines and/or jail time for all those arrested.

In addition to banning alcohol consumption, they prohibit mingling, socializing, and meeting in public with people from more than one household. Besides, the media had reported that shisha had been illegal in the country well before the COVID-19 restrictions were imposed.