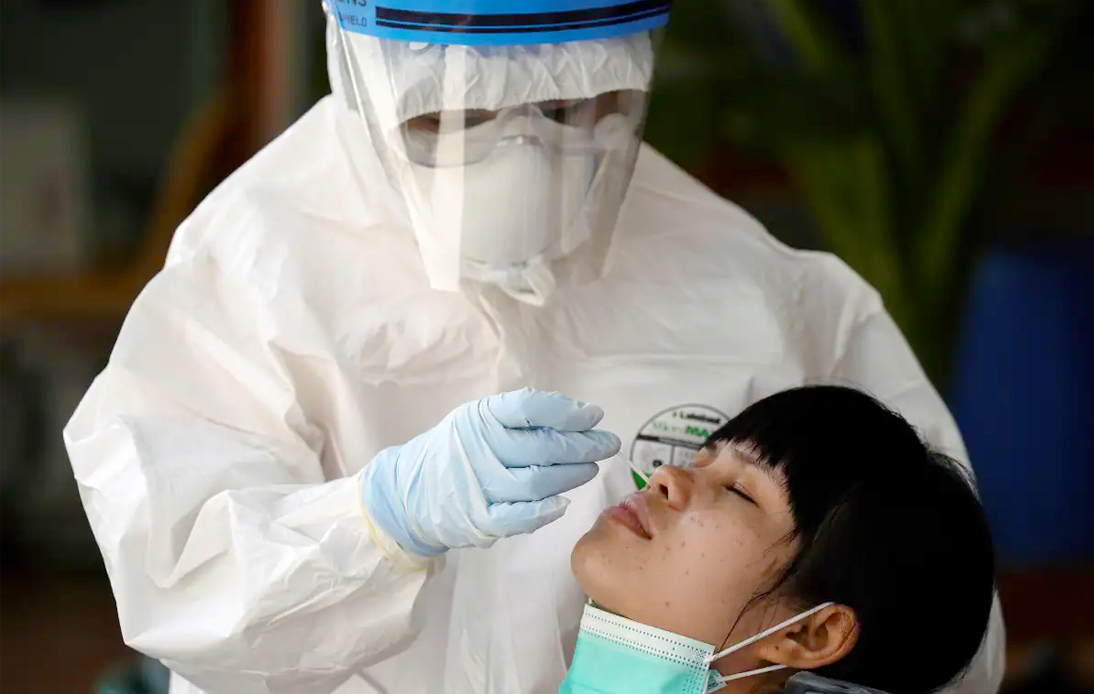 On Tuesday, authorities informed that Thailand had logged 1,443 new coronavirus cases, bringing the case toll to 45,185 since the pandemic began. Four deaths were also reported, increasing the number to 108.

While the count was higher than the 1,394 infections detected on Monday, it remained lower than the record of 1,767 new cases reported on Sunday.

The Center for COVID-19 Situation Administration (CCSA) spokesman Taweesilp Visanuyothin explained that the 105th death was a 78-year-old bedridden Thai woman in Bangkok. She suffered from hypertension and a thyroid disorder, and she tested positive for the coronavirus on April 3 while being asymptomatic.

The second death was a 78-year-old Thai man who worked as a vendor and suffered from diabetes and hypertension. He developed symptoms on April 11 and tested positive on April 15 before dying on Monday at 11:35 a.m.

The 107th death was an 86-year-old Indian woman suffering from a thyroid disorder who tested positive on Sunday and died the same day at 8:48 p.m.

Authorities said the 108th death was a 30-year-old Thai man, a Bangkok resident, who had obesity and visited an entertainment venue in the Thong Lor area. He developed symptoms on April 4 and tested positive five days later.

He died after suffering severe lung inflammation at 5:39 a.m. on Monday.

“The serious cases had contact with previously confirmed cases and family members, visited high-risk locations or had chronic illnesses,” Dr. Taweesilp said. According to CCSA figures, the group of 1,443 new cases was divided into 1,328 found in hospitals, 113 detected through mass testing, and two arrivals from Denmark and India.

Local infections were reported in 68 provinces, with the highest number of cases in Bangkok and other provinces in the central plains, Dr. Taweesilp stated. The capital logged 350 new infections, Chiang Mai 116, Chon Buri 82, Samut Prakan 60, and Pathum Thani 57.

The number of cases in April has risen by 16,322, and most of them were being treated in hospitals, overwhelming hospital bed capacity, the spokesman said.

Of the current patients, 223 were in critical condition, and 55 were placed on ventilators, Dr. Taweesilp stated, adding: “As the number of new cases rises, the number of critically ill patients naturally rises.”