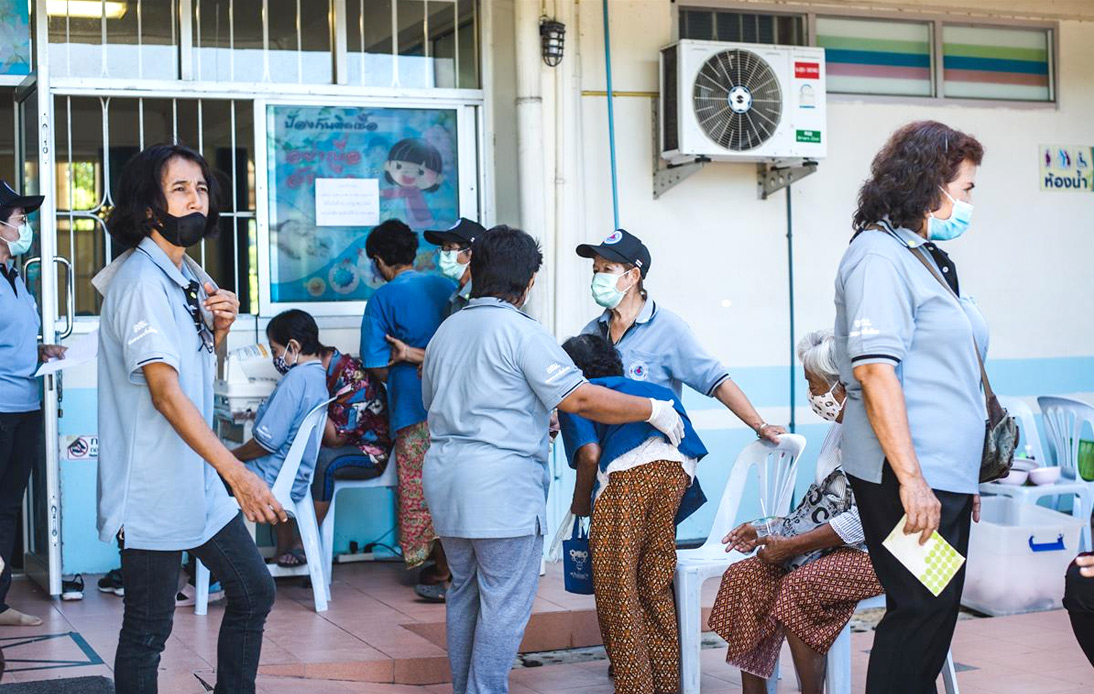 Thai authorities reported Sunday that health officials had found 166 new cases of COVID-19 in the country, bringing the total number of cases since the start of the pandemic to 24,571. The death toll remained at 80.

According to the Center for COVID-19 Situation Administration (CCSA), almost half of them resulted from massive testing in Pathum Thani and Samut Sakhon.

Reports indicated that mass testing detected 89 new infections, 67 in Pathum Thai and 11 in Samut Sakhon. Seven new cases were also found in Tak, three in Rayong and one in Nonthaburi.

Hospital reports added 33 patients from Samut Sakhon, 11 from Bangkok, two from Saraburi, and one each from Samut Prakan, Nakhon Pathom, and Nakhon Ratchasima.

Health authorities are now targeting Pathum Thani, in addition to the epicenter of the second wave of infections — Samut Sakhon, after several cases emerged at the Pornpat fresh market in Thanyaburi district last week.

They also found a new case in Nakhon Ratchasima, and they ordered to lock down Ban Nong Bua Daeng in Soeng Sang. Checkpoints were established to monitor people entering and leaving the village where the new infection was found.

Nakhon Ratchasima has registered only 11 patients since the second wave of coronavirus infections began in Thailand.

Nine of them have recovered, and two are still receiving treatment at the Maharat Nakhon Ratchasima Hospital. The new patient was also admitted to the said hospital.

According to the district chief, Sanit Sritawee, health officials were tracking 14 people who were in close contact with the patient.

The person in Nakhon Ratchasima who tested positive for COVID-19 met at a cremation ceremony in the village, Sanit Sritawee said, adding that another 32 were considered low risk.

Meanwhile, 35 members of the Pattani health staff left for Samut Sakhon on Sunday.

They were assigned to work closely with Samut Sakhon’s medical staff to ease their colleagues’ workload trying to contain the spread of the virus in the province, which has recorded most of the country’s cases.

Besides local infections, Thailand also logged 28 imported cases from abroad, including eight Thais who returned from Tanzania on Friday.

They were three Russians and one each from Italy, Kazakhstan, Pakistan, and Spain.