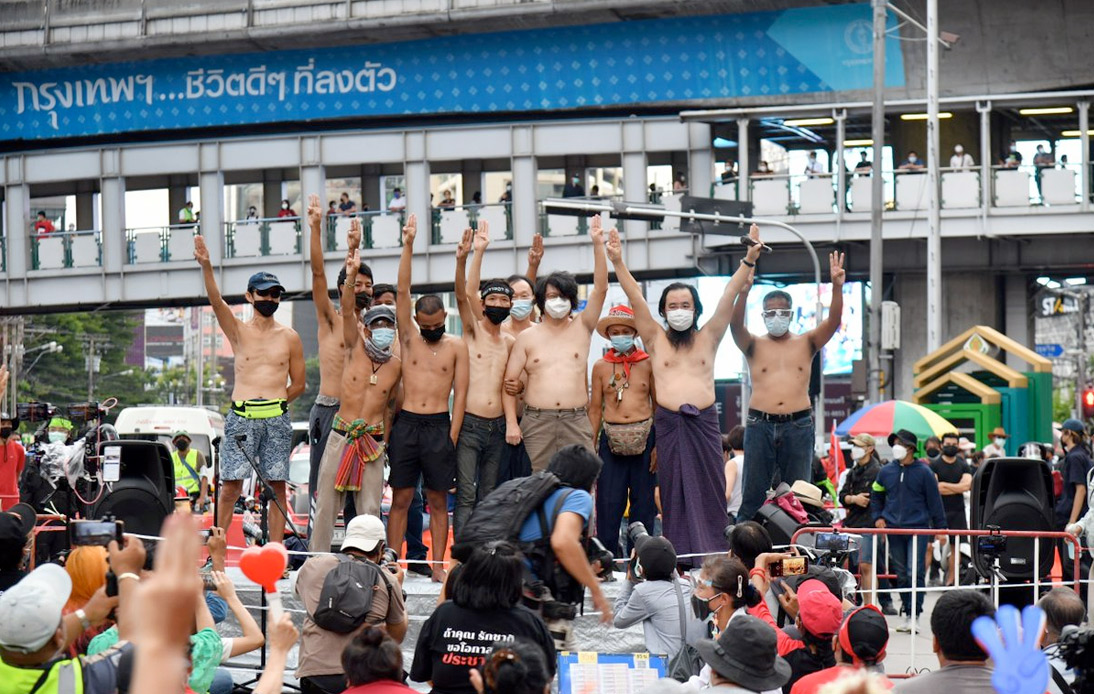 Veteran protest leaders Sombat Boonngam-anong and Nattawut Saikuar previously called on their supporters to participate in daily protests at the intersection, urging drivers in their “car mobs” to honk their horns while driving near the protest site.

Their events are usually held every day from 04:00 p.m. to 08:00 p.m., in parallel with pro-democracy demonstrations organized by student movements and other groups.

After starting the car mob rally yesterday, Sombat said the Asok intersection would become the protest base until General Prayut is removed from his post as prime minister. If the prime minister does not resign, protesters will erect a permanent structure in the area until their demand is met, he added.

Emphasizing that his group maintains a peaceful protest stance in coordination with local police, Sombat invited those with a car to participate in the campaign by driving to the Asok intersection at 4:00 p.m. and honking their cars’ horns “as part of an organic mob.”

“[Asok intersection] will be a base for our prolonged fight. Take [the youth protesters] in Din Daeng, for example — as long as Gen Prayut is still around, they will stay,” he said, referring to the protest group that has clashed with riot police during the past weeks.

The protest leader explained that a special lane would be marked on Ratchadaphisek Road to ensure emergency vehicles could pass through while the rally continues.
Demonstrations’ organizers have also planned a new car mob rally that will pass through some Sukhumvit Road’s sections, Sombat added.

Meanwhile, Nattawut led a convoy at the Ratchaprasong intersection before heading to Asok on Monday. Drivers honked their horns as they passed the protest site.

Nattawut said a large demonstration to demand the prime minister’s resignation would be announced soon, adding: “The car mob is attracting more people. Let’s wait for two or three days before we call a mass rally.”