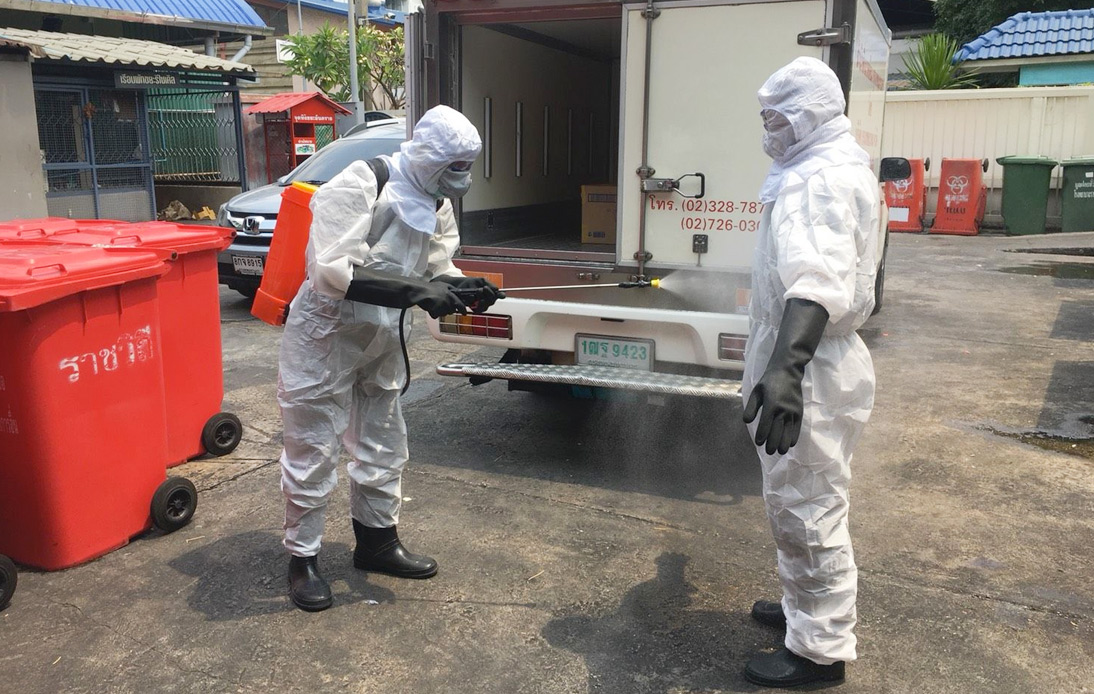 On Tuesday, Thailand reported 171 new COVID-19 infections, bringing the total number of confirmed cases in the country since the pandemic began to 12,594.

There were no new deaths reported, so the toll remained at 70.

However, although the number of daily new cases has fallen, the government expressed concern over hotspots in Bangkok and Samut Sakhon, where the virus had been spreading.

According to Taweesilp Visanuyothin, spokesman for the Centre for Covid-19 Situation Administration (CCSA), there were 158 local transmissions and 13 quarantined arrivals within the new cases.

Thirty-three of the new local infections were walk-ins at medical facilities.

That number comprised 18 patients in Samut Sakhon province and nine cases in the city capital Bangkok. There were also 125 infections detected through active case-finding.

Among that group, 120 cases were found in Samut Sakhon, including 106 migrant laborers.

Health officials reported four new infections in Bangkok and one in Nonthaburi. Besides, among the 13 arrivals that tested positive for coronavirus were people from The United States, Japan, The United Kingdom, Czech Republic, Turkey, France, Malaysia, Belgium, and Taiwan.

Since the second wave of COVID-19 cases started on December 15, Thailand has reported 8,357 new cases. The virus has spread to 61 out of 77 provinces.

Moreover, authorities were worried due to the cases’ increase in some areas, specifically in Samut Sakhon and Bangkok. The CCSA spokesman said: “Fewer cases sought tests at hospitals, but the more active case-finding was conducted, the more cases were found.”

Dr. Taweesilp stated that the Public Ministry had ordered disease control workers to inspect around 600 factories in Samut Sakhon and test 50 people per day in each one.

“The outbreak in Samut Sakhon is worrying. It is difficult to conduct active case-finding there. There are many obstacles, including the number of factories… Meanwhile, factory owners and workers must cooperate. There are more than 10,000 small factories where 1-200 people are employed,” he said.

“We need to isolate infected people as soon as possible,” he added.

Bangkok’s situation also raised concerns as authorities have been reporting many COVID-19 infections that emerged in entertainment venues near Samut Sakhon.

Dr. Taweesilp said that workers from the province had visited those places.

He also urged people from the South to take the pandemic seriously due to the quick spread of the virus in Malaysia.