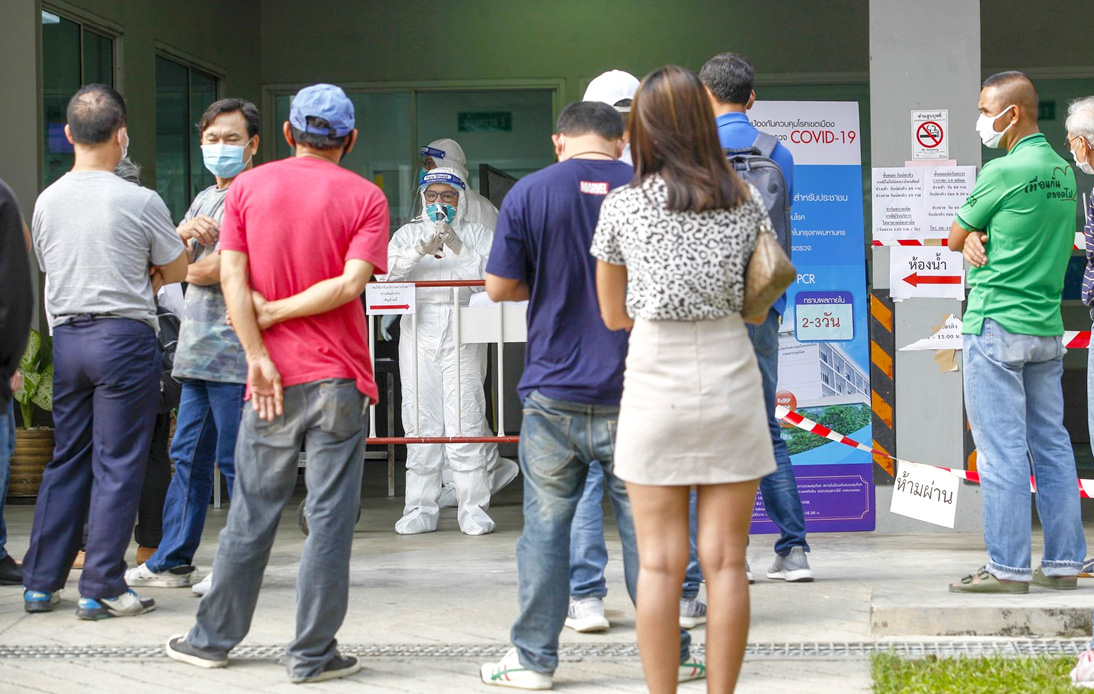 On Wednesday, the Thai government reported 15 new coronavirus-related deaths, raising the death toll to 178 since the pandemic began.

The country also logged 2,012 new infections for an accumulative total of 61,699 confirmed cases. Apisamai Srirangson, a spokeswoman for the Center for Covid-19 Situation Administration, explained that the 15 fatalities were 11 men and four women.

Nine of them were in the capital Bangkok.

Four of the patients who died were in Chiang (2) Mai and Samut Prakan (2) provinces, and one each was in Chon Buri and Ranong. Nine of them had hypertension and diabetes, and others had heart disease, obesity, high cholesterol, asthma, obstructive pulmonary disease, thyroid disorder, kidney disease, or Alzheimer’s.

Ten people who died were contracted the virus by contact with infected relatives.

Two had contact with colleagues, one visited an entertainment venue, another was near a previously diagnosed neighbor, and another had an infected close friend at a fitness club, Dr. Apisamai said. Nine cases died between 7 and 15 days after testing positive for COVID-19.

She also confirmed that two died before their coronavirus test results were known, and two passed away the same day they were diagnosed.

Of the new cases detected in the last 24 hours, 2,001 were local infections, and 11 were imported.

Authorities also confirmed that 1,893 of the local infections were confirmed in hospitals and 108 through mass testing. Bangkok recorded the highest number of cases, with 830, followed by Samut Prakan (161), Chon Buri (108), Nonthaburi (71), Samut Sakhon (59), and Pathum Thani (57).

Dr. Apisamai stated that the daily number of seriously ill cases in Bangkok was increasing significantly.

The capital’s figure went from 109 on April 21 to 255 on Tuesday, and the number of ventilator-dependent patients has also increased from 42 on April 21 to 104 on Tuesday, she added. Health officials asked patients with mild symptoms to move to field hospitals or hospitels so that hospitals could reserve beds for the critically ill people, Dr. Apisamai went on.

The government also said that the 11 cases imported on the last day were quarantine arrivals from the United Arab Emirates, India, the Czech Republic, Qatar, and China.