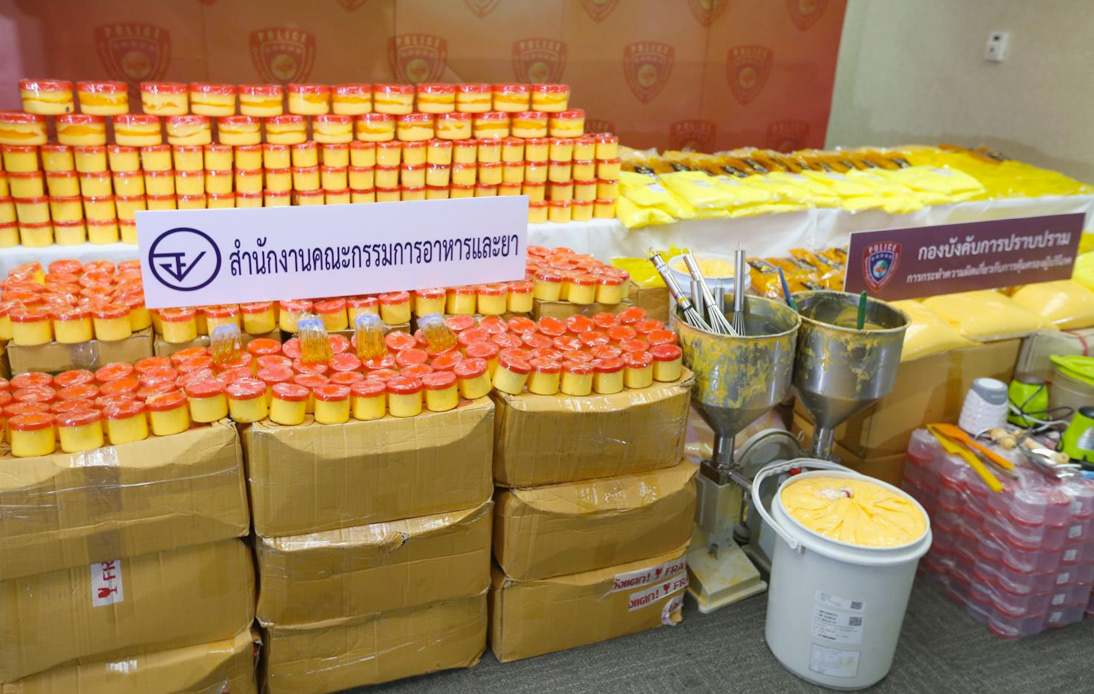 During raids in four provinces, authorities seized an unregistered and illegal skin whitening cream worth 500,000 baht produced in four factories.

According to Thai media, the seized items were worth more than half a million baht.

Consumer Protection Police Division and Food and Drug Administration officials were in charge of the op that raided four factories on Thursday, including some of the provinces of Chachoengsao, Sa Kaeo, Chon Buri, and Ayutthaya.

The move came after they found several ads on social media about the product.

They said that the “Cambodian cream with red cover” could whiten skin in seven days regardless of how dark it was. Moreover, it was known that many people were lured by such advertising claims and wanted to buy the product.

Authorities reported that the producers of the cream were arrested.

They were accused of having violated the Cosmetic Act for making and selling cosmetic products illegally and without permission. Such crimes can be punished with a jail term of up to six months and/or a fine of up to 50,000 baht.

According to the FDA deputy secretary-general Supattra Boonserm, the cream jars did not have FDA labels or other required permits.

She explained that this type of cream had been rampant in many areas of the country in 2010.

An initial examination found that the cream contained banned substances such as mercury, hydroquinone, steroids, and retinoic acid. Long-term use of these substances can be harmful, causing thinning of the skin or photosensitivity and leading to cracking or extreme dryness.

They claimed that they had bought two of them at the Rong Kluea border market in Sa Kaeo, while the other was locally sourced.

Pol Col Srisak also explained that each jar was sold for 120 baht even though the cost of production was only 20 baht. Besides, he stated that the factories had the capacity to produce 500 jars per day.