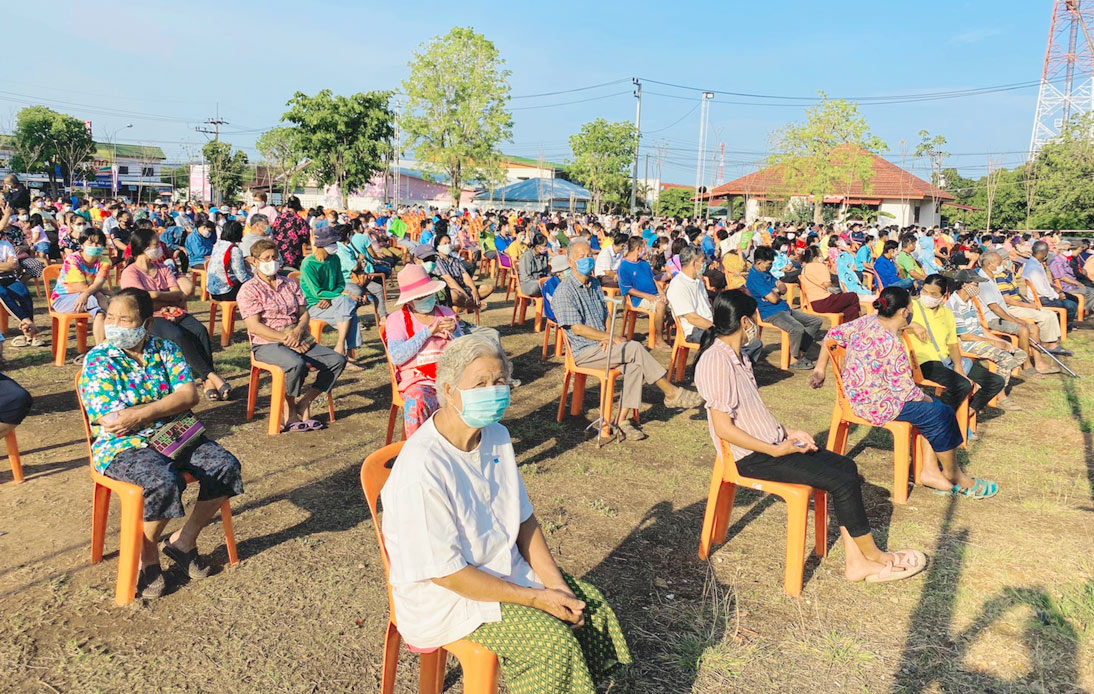 On Tuesday, an executive decree was published in the Royal Gazette, allowing the government to borrow up to 500 billion baht to deal with the health crisis caused by the COVID-19 pandemic.

The law was signed by His Majesty the King on Thursday and went into effect yesterday, May 25, 2021.

The cabinet approved the bill last Tuesday, but it had been tabled as an off-agenda item, drawing criticisms. The said executive decree allows the government to issue bonds or borrow a combined amount of up to 500 billion in baht or foreign currencies.

The borrowings must be committed before September 30, 2022.

The remaining 30 billion baht, corresponding to 6%, will be used for strategies to stop the spread of the novel coronavirus.

That group includes purchasing medical equipment and vaccines, upgrading medical facilities for COVID-19 patients, and supporting local research and development. The borrowings from the recently-passed bill were cut from the 700 billion baht that the government had formerly planned.

Earlier, officials sought to borrow 400 billion baht for remedies, 270 billion for economic recovery, and 30 billion for medical services and facilities.

The executive decree was the second approved to fight COVID-19 after the one-trillion-baht borrowing decree issued last year.

It took effect shortly after Thirachai Phuvanatnaranubala, who served six months during the Yingluck Shinawatra government, questioned its constitutionality. He filed a petition with the Central Administrative Court on Monday, calling for the May 18 cabinet resolution to be revoked.

The former finance minister said the decree had been added as an off-agenda item and that no official had given explanations on why it had to be presented that way.

Mr. Thirachai feared that it would end up as the decree issued by the government in 2020, which led to the creation of a special committee with exclusive power to examine, approve, monitor, and regulate projects. Previous governments have outlined the scope of spending on such bills through scrutiny of the 2018 State Fiscal and Financial Disciplines Act, he stated.