Bill To Repeal Lese Majeste Law Gets Over 120,000 Signatures 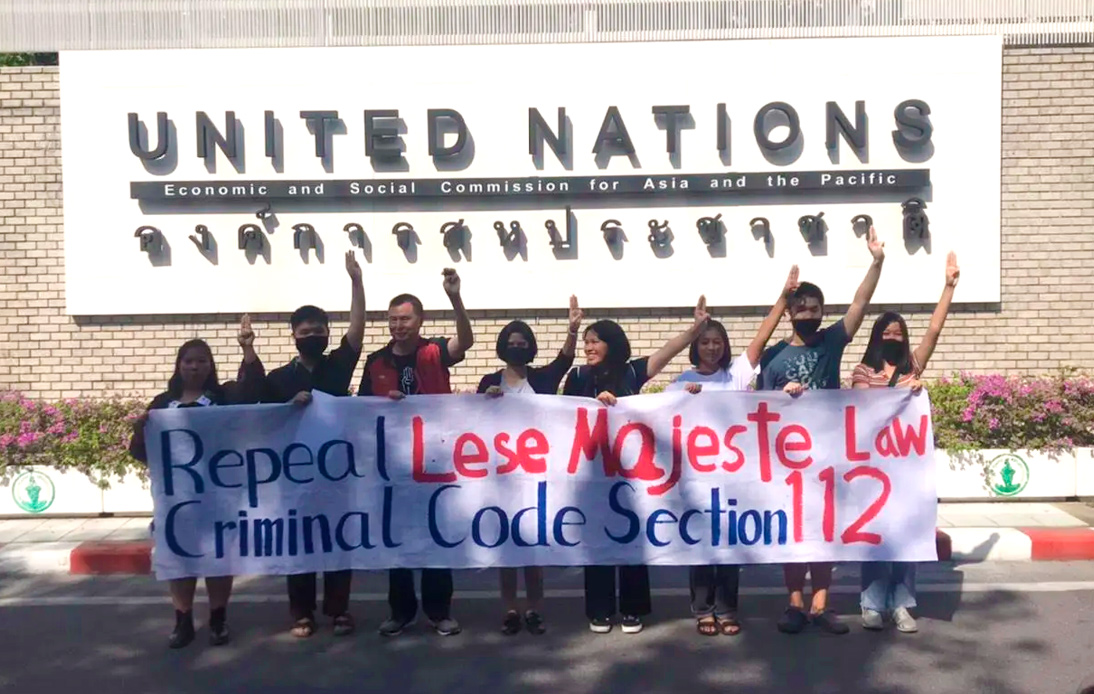 Over 120,000 people have signed a proposal to repeal the controversial lese majeste law, expected to be handed to the Parliament soon.

An anti-establishment movement launched the campaign, titled “Time’s Up 112,” during a rally at the Ratchaprasong intersection in Bangkok on October 31, arguing that the current defamation law offered broad protection not only to royals but to anyone believing they have been wronged.

About 3,760 people signed to repeal the law before the campaign was moved to a website created by the Progressive Movement and the Ratspace group on Friday.

On Saturday, around 3:30 p.m., the bill reached 121,744 signatures. People who want to sign must be voters, be at least 18 years old, upload an image with their signature and fill out a form with personal data –including full name, identification number, address, telephone number, and email.

The current constitution’s Section 133 says a bill can be proposed to Parliament if at least 10,000 people with verifiable identities back it.

In the bill’s two-page draft, supporters noted that authorities had used Criminal Code’s Section 112 to crack down on dissidents. The law has therefore become a major obstacle to freedom of expression and discussions over the kingdom’s current situation and history, the document says.

The proposal to repeal the law also argues that the institution and royals will remain protected under defamation and libel laws in Sections 326 and 393.

According to the bill’s draft, the repeal would also be in line with human rights principles and international conventions that Thailand has ratified.

Meanwhile, Suvit Thongprasert, formerly yellow-shirted ultraroyalist Buddha Isara, submitted to the House speaker’s secretary a list signed by 222,928 people opposing any change in Section 112 and other laws involving the monarchy.

Mr. Suvit argued that the institution was the nation’s fundamental pillar and had done much good for Thais for a long time.

However, it’s unknown how the royalists gathered all the signatures for their campaign.

Section 112 has long been a target of criticism and controversy, especially among liberals. Its detractors claim that it can become a weapon to destroy opponents or political parties even in conflicts not related to the monarchy.

Those who violate the lese majeste law can face the same penalties as those for rebel plotters or manslaughter, with 2 to 15 years in prison per charge.

But politicians are divided on whether it should be changed or not. Also, Prime Minister Prayut Chan-o-cha said the law would not be modified because the government runs Thailand by adhering to religion and monarchy principles.