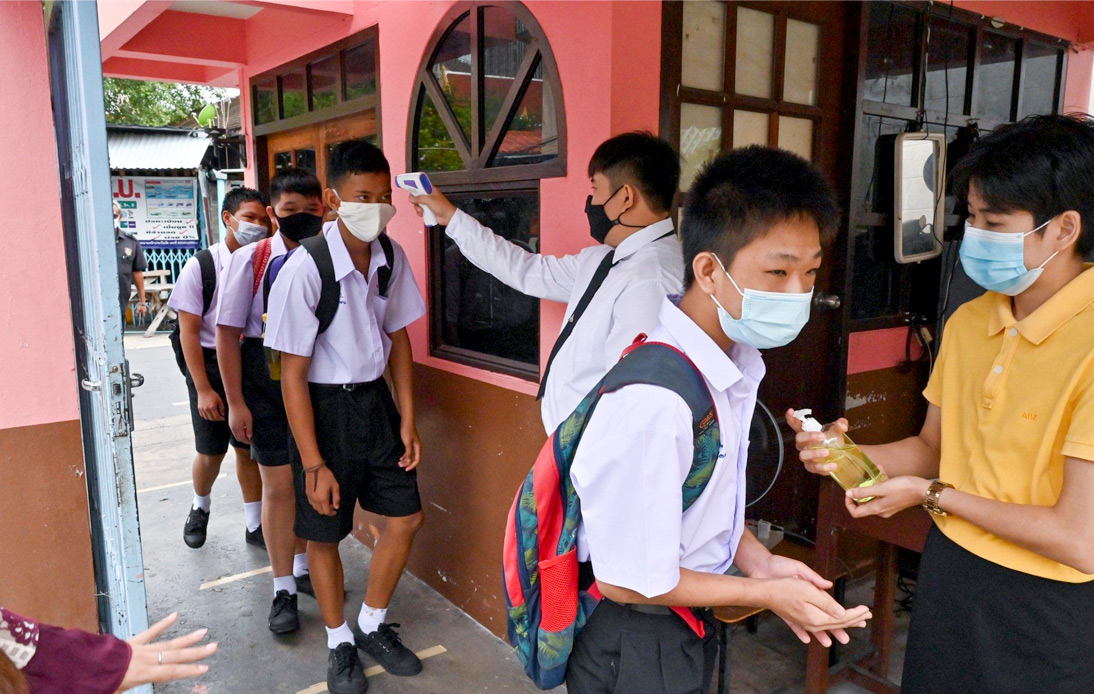 The City Hall announced that the Bangkok Metropolitan Administration (BMA) has ordered to close schools in the city capital for two weeks.

Besides, it said that entertainment venues, sport fields, and flea markets would likely join the group of places that have to close from midnight Friday.

The City Hall could also require eateries to provide only takeaway services in Bangkok as part of its efforts to prevent the spread of the COVID-19.

On Friday, Pongsakorn Kwanmuang said that the City Hall was considering a new group of measures that ranges from extending the closing period of schools to shuttering gathering locations. However, authorities have not released an official announcement yet.

In an attempt to curb the coronavirus outbreak, the Education Department of the City Hall decided to close all schools until January 11.

Schools in Bang Khunthian, Bang Bon, and Nong Khaem districts were earlier required by the BMA to shutter from December 21 to Sunday. Those districts neighbors Samut Sakhon, the place where the ongoing COVID-19 outbreak originated.

The decision to shut 437 schools in all districts was taken as the outbreak in Bangkok started becoming more serious.

The City Hall is also considering shutting more places, which are possibly the ones closed during the lockdown imposed in the first quarter of 2020.  However, the government is trying to avoid a new national shut down for fear of the economic impact.

It is allowing governors of Bangkok and the provinces to execute the measures that best suit them.

Pol Capt Pongsakorn said that the places in the capital that would be shuttered were amusement and water parks, playgrounds, places for children to play at markets, floating markets, snooker and billiard balls, internet shops, game shops, cockfighting rings, and cockfighting training rings.

Amulet markets or centers, pre-school nurseries, places that provide skin-piercing services, all buildings at schools, tutorial schools, and educational institutions are also part of the list.

Thai authorities reported 279 new cases on Friday. 20 of them are living in Bangkok and two infections are linked to the Samut Sakhon cluster.

There were two deaths, and one of them was a man living in the city capital.