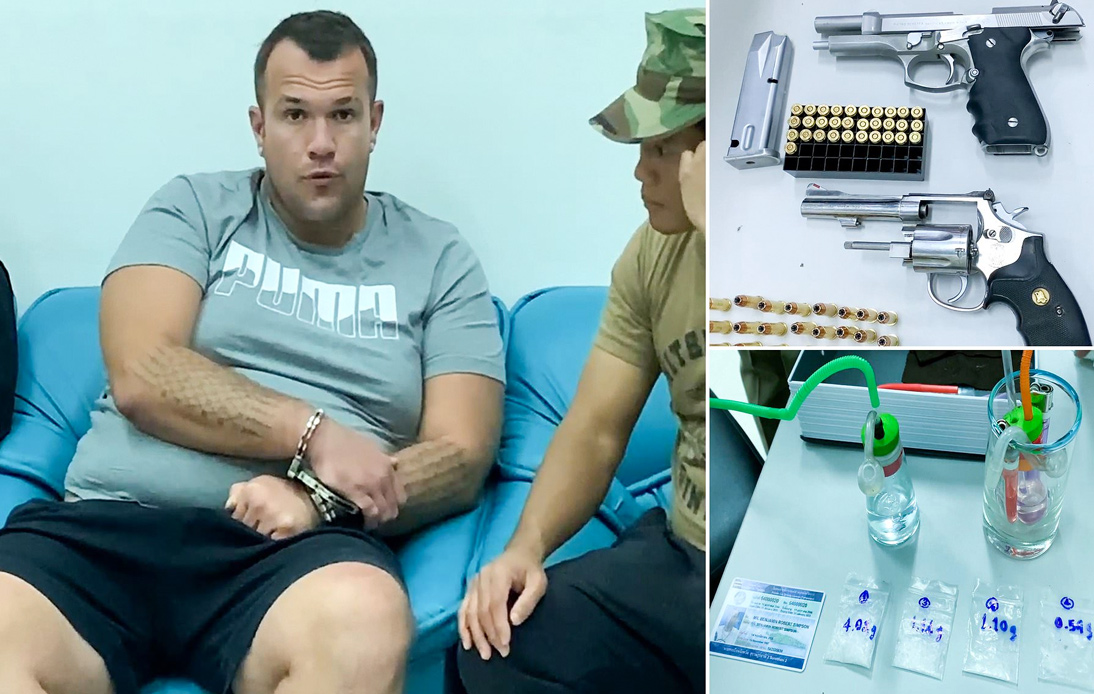 A 33-year-old British man was arrested on the island of Samui after an alleged shooting spree from a speedboat while on drugs.

Benjamin Robert Simpson, a wealthy cryptocurrency trader, was accused of having fired multiple rounds of a pistol at the Four Seasons hotel on Koh Samui, where he was staying.

Both Simpson and the boat driver, Geerati Glinubol, were allegedly drugged.

According to police reports, the speedboat belonged to the cryptocurrency trader, who had hired another man (Geerati Glinubol) as his personal speedboat driver. Both were arrested.

Simpson faces a maximum punishment of life in prison or the death penalty.

Lt Col Chatchewin Nakmoosik, deputy director of the Koh Samui Police Station, said Benjamin had come to the country as a tourist but had started working as a cryptocurrency trader, reaping a fortune.

Reports indicated that both Benjamin and the captain of the speedboat allegedly took methamphetamine.

The pair subsequently set off on a cruise across Koh Samui that ended in a drug-fueled shooting spree on Wednesday. As witnesses recounted, the hotel staff panicked during the alleged shooting spree and then asked the police for help.

Police officers entered the five-star hotel and arrested Simpson when he returned to his room.

After investigations, officers found a 9mm Beretta pistol with 31 bullets and a revolver with 49 bullets in the hotel room in which Benjamin was staying. Later, agents reported finding a plastic bag with a white substance on the ground.

The bag was believed to have contained 6.85 grams of methamphetamine. Several pipes containing the illegal drug were also confiscated.

Speedboat driver Geerati Glinubol was also arrested upon returning to the hotel room. Police said he had confessed to taking drugs with the trader before leaving in the boat.

He also told authorities that the British man showed off his guns and fired several rounds into the sea, scaring beachgoers and hotel staff.

“Hotel staff heard guns being fired, so they called the police. They said the gunshots were near the hotel, and they were scared. We arrested Benjamin Robert Simpson in the hotel room and found 2 guns and methamphetamine. We put him in handcuffs and kept him at the police station while we investigate and check CCTV,” said Lieutenant Colonel Chatchewin Nakmoosik.