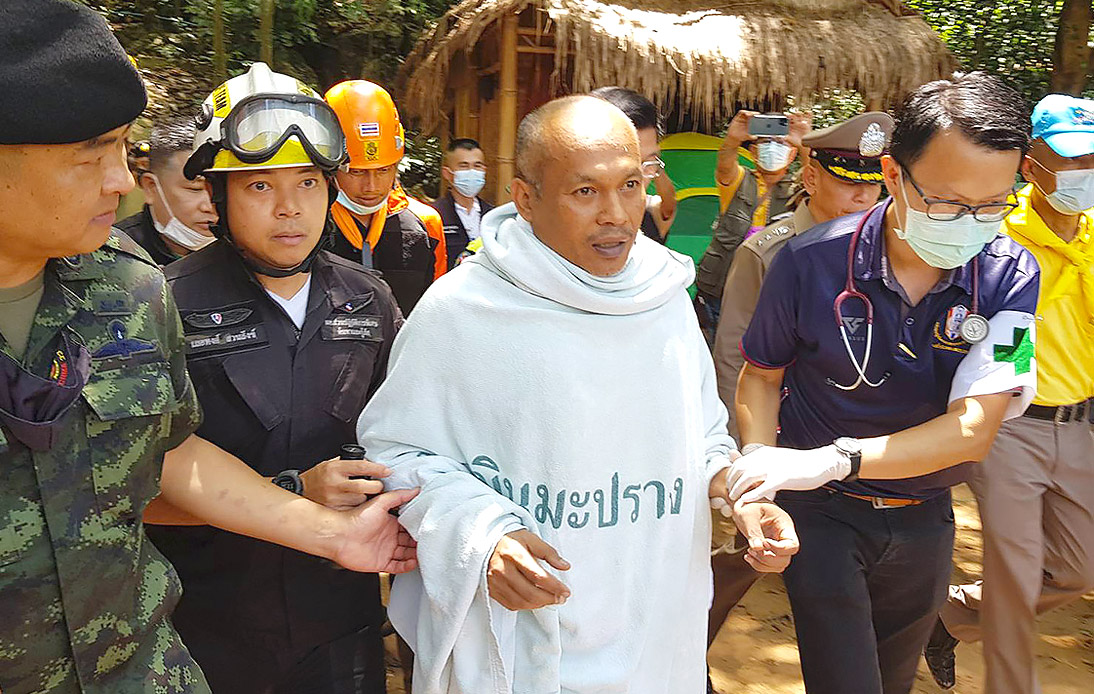 On Wednesday, Thai rescuers freed a Buddhist monk from a cave that had been flooded by a storm four days after he decided to meditate inside it.

The monk, Phra Ajarn Manas, entered the cave in Thailand’s Phitsanulok province on Saturday as part of his pilgrimage, rescuers said. However, an off-season storm hit the area on Sunday, causing water levels to rise, blocking the entrance and flooding the cave, which left the man stranded on high ground.

Later, a local rescue team of 17 divers took the monk to safety yesterday.

A local rescue unit posted via Facebook that the 46-year-old monk makes a pilgrimage to Phra Sai Ngam cave in April each year “to sit in contemplation.” However, residents of the area alerted authorities when they realized that he didn’t return after the heavy rain.

Rescuers tried to locate him Tuesday but halted the search due to the significant rise in water levels.

Besides, rescuers said they had no contact with the monk as the phone signal inside the cave was poor and only divers had access to the area. They were concerned about his health, as he could be “exhausted or unconscious because of not having food at all.”

The large team of divers managed to find and reach the monk on Wednesday morning after the rain stopped.

“At 11:30 am we successfully rescued Phra Manas from the cave,” the rescue unit posted on their Facebook page. They also shared a video showing the monk fitted with a diving mask swimming at least 12-meter underwater.

Social media pictures also showed rescuers taking the monk out of the cave to safety, where he received treatment in an ambulance.

The incident is similar to the one experienced by the Wild Boars football team in 2018 when 12 boys and their football coach got trapped in a flooded cave in the northern city of Chiang Rai.

Back then, Thai Navy Seals and an international team of cave divers teamed up for the rescue operation and managed to free the children and their trainer from the cave.