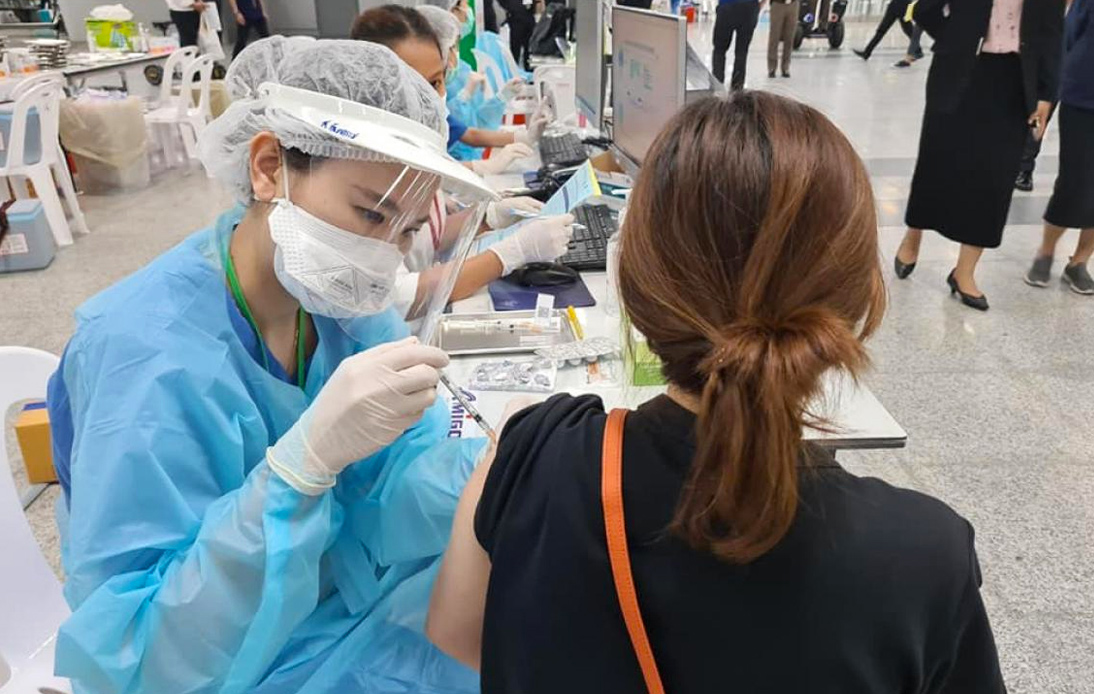 On Friday, the Thai government said it would accelerate vaccinations for vulnerable groups, including the elderly and people with underlying illnesses, to reduce the number of critically ill coronavirus patients as the COVID-19 situation worsens.

Under the inoculation program, those groups were set to get the first vaccines. However, supplies were diverted to factory workers, communities with worrying outbreaks, and Phuket’s island before its official reopening to foreign tourists.

“We have to vaccinate at least 50% of the two groups by the end of July,” senior health official Sopon Mekton told a briefing, referring to the elderly and people with underlying conditions.

About 17 million people are in the two groups combined. But official figures indicate that only 0.7%, 83,000 people, aged 60 or more, and 3.1% of people with health conditions have received two doses of a COVID-19 jab.

Experts have also warned that the most contagious Delta variant, first identified in India, was spreading rapidly in the kingdom.

Kumnuan Ungchusak, a health ministry adviser, said: “The situation will worsen because the Delta variant is taking over,” adding that deaths could reach 2,800 a month in September compared to 900 last month.

Thailand, with a 66-million population, has fully vaccinated 2.8 million people.

Authorities said they expected to deliver 10 million doses of the AstraZeneca vaccine this month. However, the head of its vaccine institute, Nakorn Premsri, said he had been notified that half of those shots would be delivered monthly in the next two months.

But some of those vaccines are committed to other countries, and both companies have repeatedly refused to comment on production shortages reports. Meanwhile, Thailand has tried to procure supplies from other firms, including Pfizer, Moderna, and BioNTech vaccines.