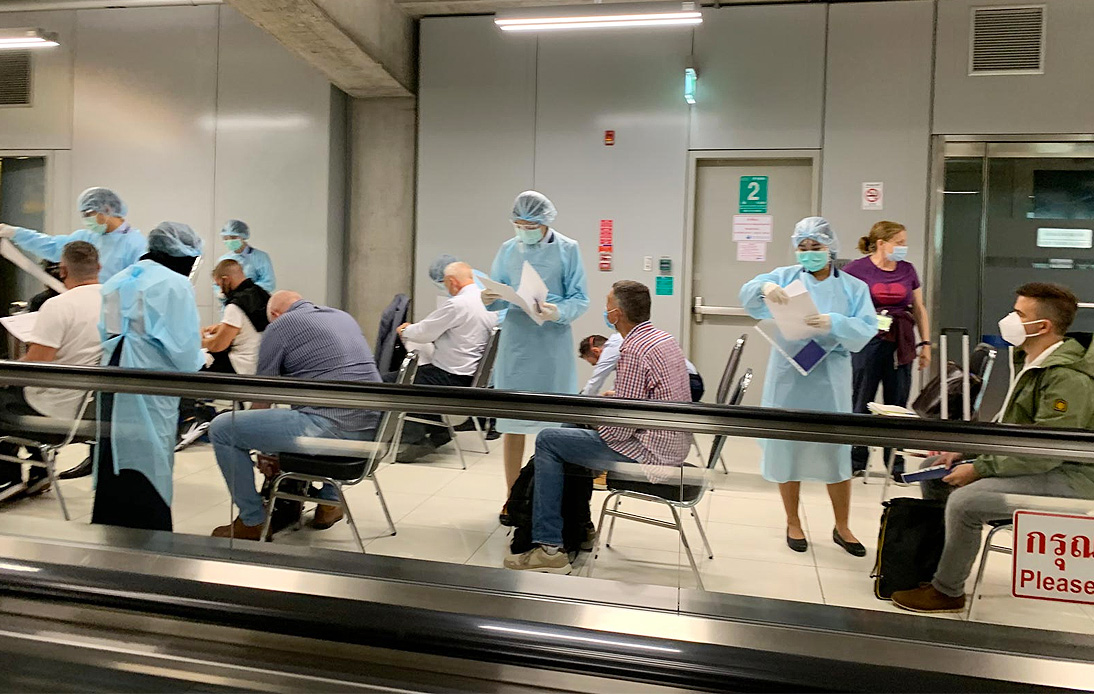 The Center for COVID-19 Situation Administration said it is considering imposing an extended mandatory quarantine for returnees arriving from Africa as part of its actions to prevent the spread of the most infectious strain of coronavirus first detected in South Africa.

This fast-spreading South African variant has been named “B1351”.

According to assistant CCSA spokesperson Apisamai Srirangson, health officials should monitor this new variant more closely, as it has been confirmed to spread more rapidly, increasing the risk of worsening the outbreak in Thailand.

“We might need to increase the mandatory quarantine for returnees from Africa to 21 days,” she said.

Dr. Apisamai revealed the plan shortly after it was announced that a Thai returnee was a carrier of the South African mutation. The 41-year-old man flew from Tanzania to Thailand for business on January 29 and entered state quarantine, where he tested positive for COVID-19 less than a week later.

However, it wasn’t until last week that health researchers determined that he was infected with the mutated coronavirus variant.

On the other, the Dean of the Siriraj Hospital’s Faculty of Medicine, Prasit Watanapa, insisted that the antiviral drug favipiravir (commercially known as Avigan) can be used to treat the infection caused by the South African strain effectively.

However, no studies have been conducted to confirm its efficacy.

Favipiravir is an antiviral drug widely used in Japan to treat influenza. Since the pandemic began, some doctors and experts have prescribed it to treat COVID-19 patients in some countries.

Dr. Prasit also said that he is considering asking each hospital to recheck the swabs provided by Covid-19 patients.

He also added that the government might need to change its tactics if the B1351 variant turns out to be more widespread in Thailand than was initially thought. Cases stemming from the new South African strain could worsen the country’s COVID-19 situation, which has faced a second wave of infections since late December last year.

Since that date, it has been detected in more than 30 countries. While this variant is similar to the UK strain, it quickly outpaced all mutant strains of Sars-CoV-2 in South Africa.

The B1351 variant represents more than 90% of the novel coronavirus samples in the country that undergo genetic sequencing.