Chiang Mai Is Currently the World’s Most Polluted City 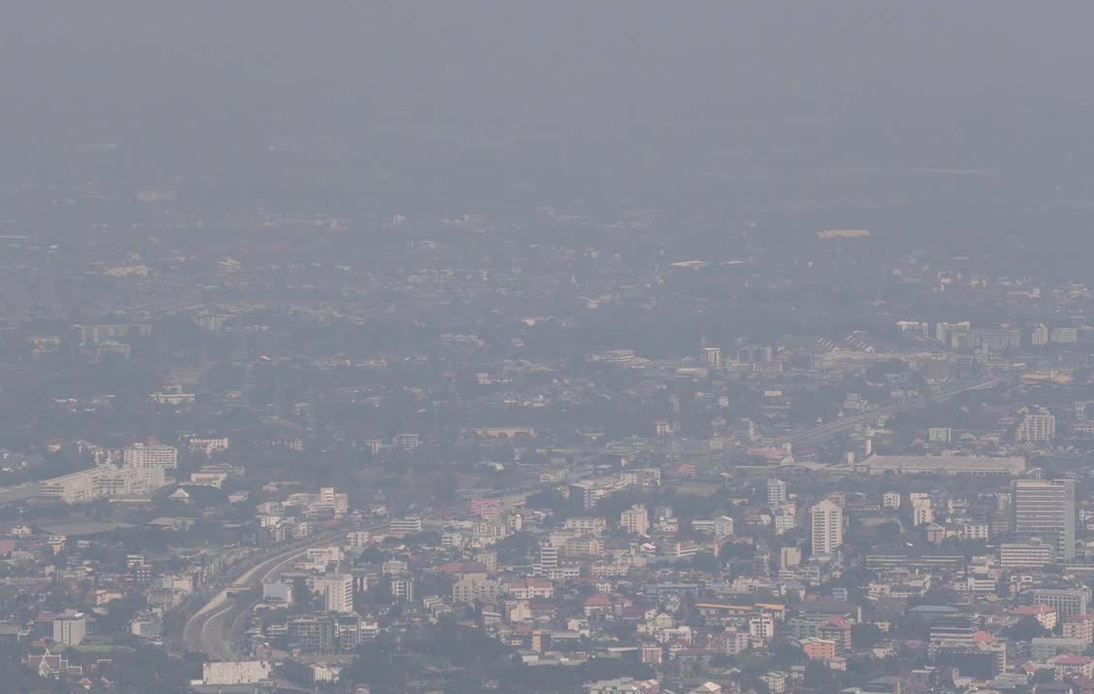 According to the air monitoring website IQ AirVisual, Chiang Mai was the most polluted city on the planet during the early part of this week.

The news came when authorities revealed that the contamination situation had caused more than 30,000 people to develop respiratory illnesses in the last three months.

The figures from the Chiang Mai provincial public health office were concerning.

Dr. Suwanchai Wattanayingcharoen, director-general of the Department of Health under the public health ministry, said that 31,788 patients suffered from air pollution-related illnesses from January to March 5 this year.

Since the beginning of the month, Chiang Mai’s air quality has been rated one of the three worst in terms of pollution in the world.

However, IQ AirVisual confirmed on Tuesday that it had been the worst city on earth for many straight days with a USAQI of 195, followed by Beijing with 182. USAQI refers to the Air Quality Index used by the United States Environmental Protection Agency (US EPA).

On Tuesday morning, the PM2.5 level in the city rose significantly.

According to IQ AirVisual and the air monitoring station of the Thailand Pollution Control Department (PCD), the PM2.5 level recorded in Chiang Mai was above 200 microgrammes per cubic meter (µg/m3).

Meanwhile, Thailand Meteorological Department (TMD) warned that the air pollution would last another week because the southern west wind current would be too weak to remove the dust particles. These particles were trapped by cool weather in the evenings.

Experts believe the main contributor to the situation’s deterioration in the North stems from wildfires caused by open burning both in Myanmar and local forests.

On Tuesday, the northern region had 926 hotspots.

Those are Chiang Mai, Chiang Rai, Lampang, Mae Hong Son, Tak, and Phayao. According to the deputy commander of the Third Army Area, Maj Gen Thanadpol Kosaisewee, 60 patrol officers have been deployed to five districts of Chiang Mai since Tuesday morning to control wildfires and haze in the region.