Commemorative 100 Baht Notes Are Cause of Confusion 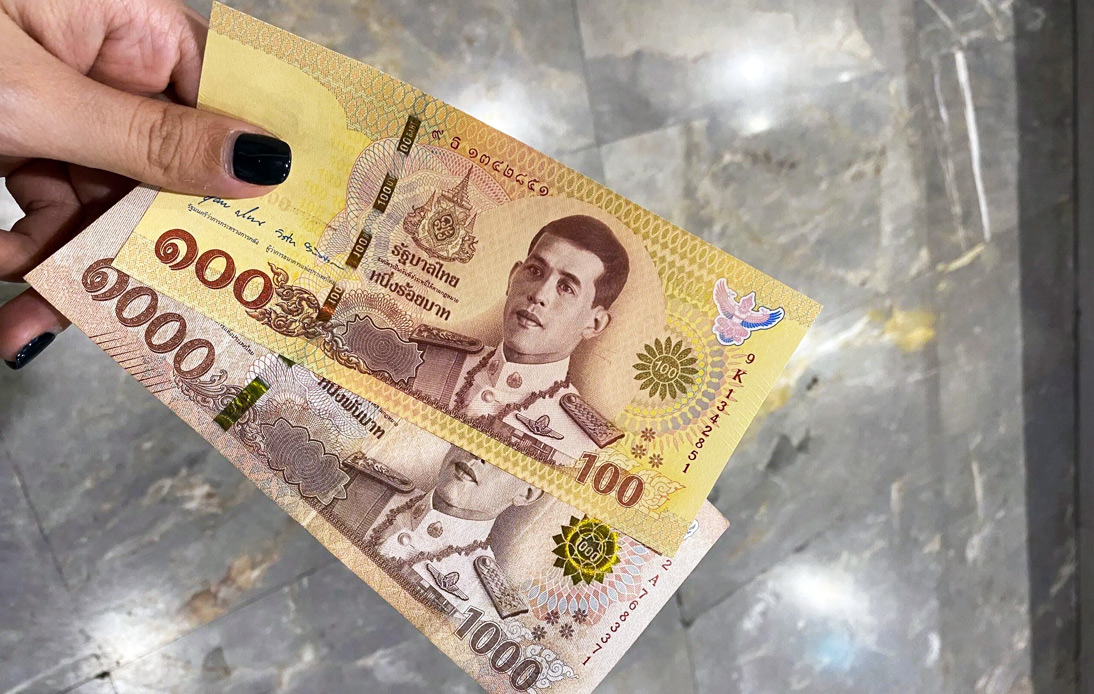 Commemorative 100-baht banknotes have triggered concern that they might be confused with 1,000 baht notes due to their close resemblance.

Photos of the new commemorative 100 baht banknotes on Saturday sported a gold motif, rather than the usual red color, flooded social media platforms. These banknotes were issued by the Bank of Thailand (BoT) on Saturday to commemorate the Royal Coronation Ceremony of 2190.

The front of the banknote depicts His Majesty the King, while the back shows images that reflect the ceremony.

Thais can withdraw the latter from designated automated teller machines (ATMs) across the country. But many people who withdrew cash from the machines were surprised to see the gold 100 baht banknotes instead of the regular red banknotes.

According to the central bank, these banknotes are legal tender like 100 baht reds.

For those who have used the new banknotes, the color can cause a lot of confusion, especially among local merchants.

A Facebook fan-page compared the new version of the 100 baht banknote to the original 1000 baht bill and expressed concern that commercials could mix-up the banknotes on a busy day and in a rush.

Another social media platform user said that a merchant had made a mistake in giving him a 950 baht change after making a purchase of 50 baht and paying with a new banknote of 100 baht.

The 1,000 baht commemorative banknotes are vertically oriented with 3D magnetic ink printing to prevent counterfeiting and the 100 baht note is printed using the same technology.

On many previous occasions, the Bank of Thailand has released commemorative banknotes, but they have never been similar to those in regular circulation.