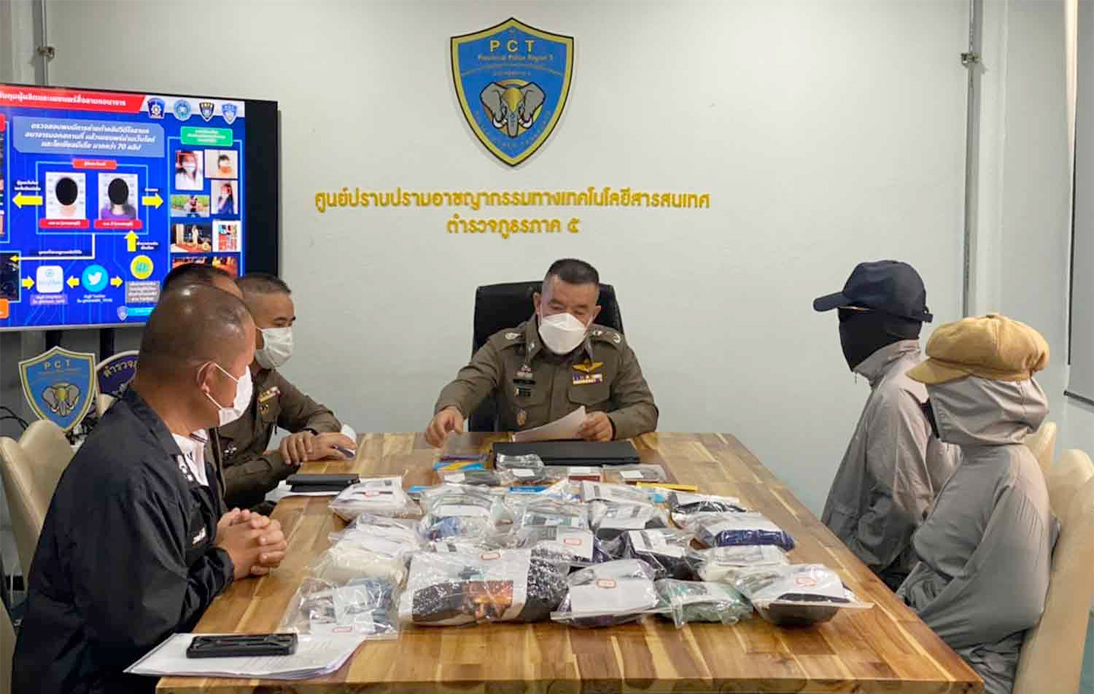 A couple in their 30s were arrested in Chiang Mai for having sex in public places and charging online users for pornographic videos.

The couple reportedly had sex outside a highway office on the Chiang Mai-Lamphun Road in Saraphi district’s tambon Yang Nerng, a popular scenic route lined with large yang trees.

Pol Lt Gen Piya stated that the pair had recorded themselves while having public sex there in May and shared the video online the following month.

The couple, known by the names “Thaipornhuber” and “Khwan_tphb,” reportedly had 70 sex videos in total, which they had disseminated through pay-per-subscription websites such as OnlyFans and Fansly, where users are charged for viewing explicit content, he added.

Pol Lt Gen Piya stated that the pair had recorded videos in different Chiang Mai spots, including roadsides, hotels, and roadside shelters. They had focused on having sex in public places and had also done role-playing games in some clips, he added.

Police officers confiscated a laptop, a mobile phone, two hard disk drives, around 20 sets of clothes and 15 bank books as evidence for the investigation.

Satchukorn and Pichapat’s arrest came just two weeks after police detained a younger couple for sharing videos of their sexual activities to their subscribers on the OnlyFans website.

On September 20, police officers arrested Suthanya Nakhonjinda, 19, and her boyfriend Korakot Sarirat, 20, at a hotel in Samut Prakan province. The couple had reportedly earned at least 500,000 baht since they started their sex business in June.