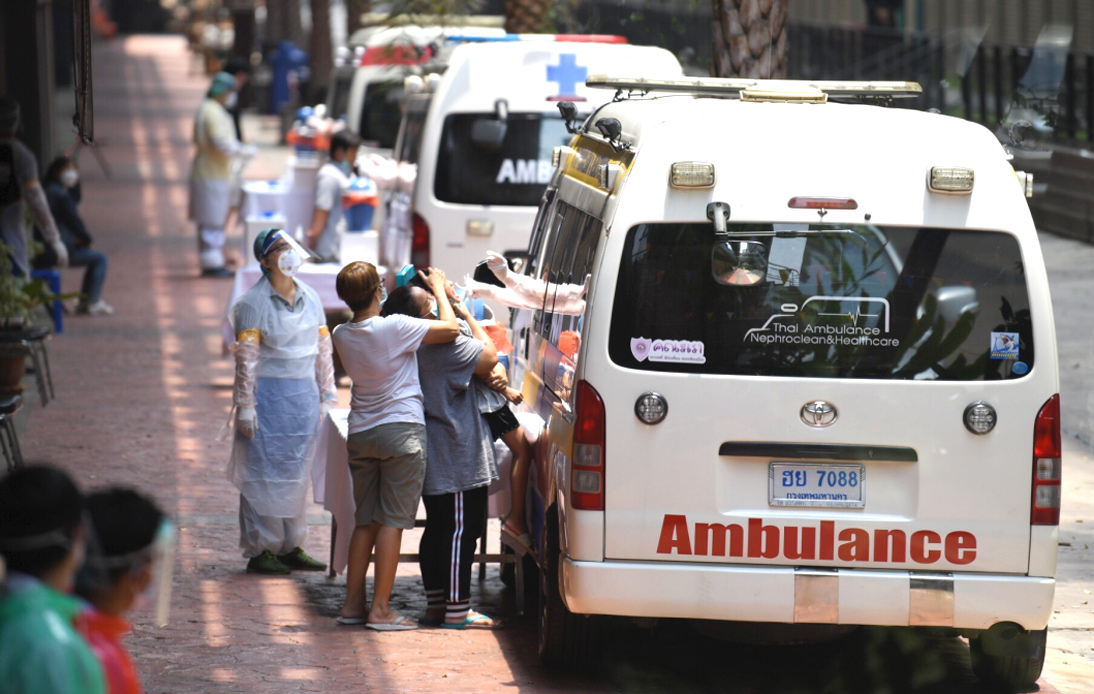 There were reportedly 259 local infections and 12 imported infections within the group of new cases, bringing the total to 11,262. Also, Taweesilp Visanuyothin, a spokesperson for the  Covid-19 Situation Administration, stated that one of the deaths was a 71-year-old British man who had diabetes, lung cancer, and thyroiditis.

The man from London on December 7, 2020, and was quarantined.

Four days later, he had a fever, cough, and phlegm. He was taken to a private hospital where he was diagnosed with lung inflammation, and his condition gradually worsened until his death.

A 53-year-old Thai man was the other death.

He had diabetes and, between December 26 and 30, traveled by private vehicle to the provinces of Chanthaburi, Chon Buri, and Phetchaburi. Later, on January 3, he developed a cough and phlegm, fever and headache, and went to a hospital in the province on January 5 for treatment – he was also diagnosed with lung inflammation and tested positive for COVID-19.

He died Wednesday night after his condition became critical on Sunday.

Authorities reported that there were 181 cases confirmed by active testing in the group of new infections. The conventional health system found 78, and there were 11 arrivals from nine countries in quarantine and one illegal returnee from Thailand.

Of the 182 new cases in active case finding, 172 were found in Samut Sakhon.

Two of them were locals, and the rest were immigrants. Likewise, the 78 infections identified by the normal health system included 36 in Samut Sakhon, 14 in Bangkok, eight in Rayong, five each in Ang Thong, Chon Buri, and Samut Prakan.

The Malaysian returnee was a 29-year-old Thai woman who worked at an entertainment venue and returned through a natural border crossing. She was later admitted to a hospital in the Sungai Kolok district of Narathiwat.

The number of deaths increased to 69.