COVID-19: 50,000 People To Be Proactively Tested in Samut Sakhon 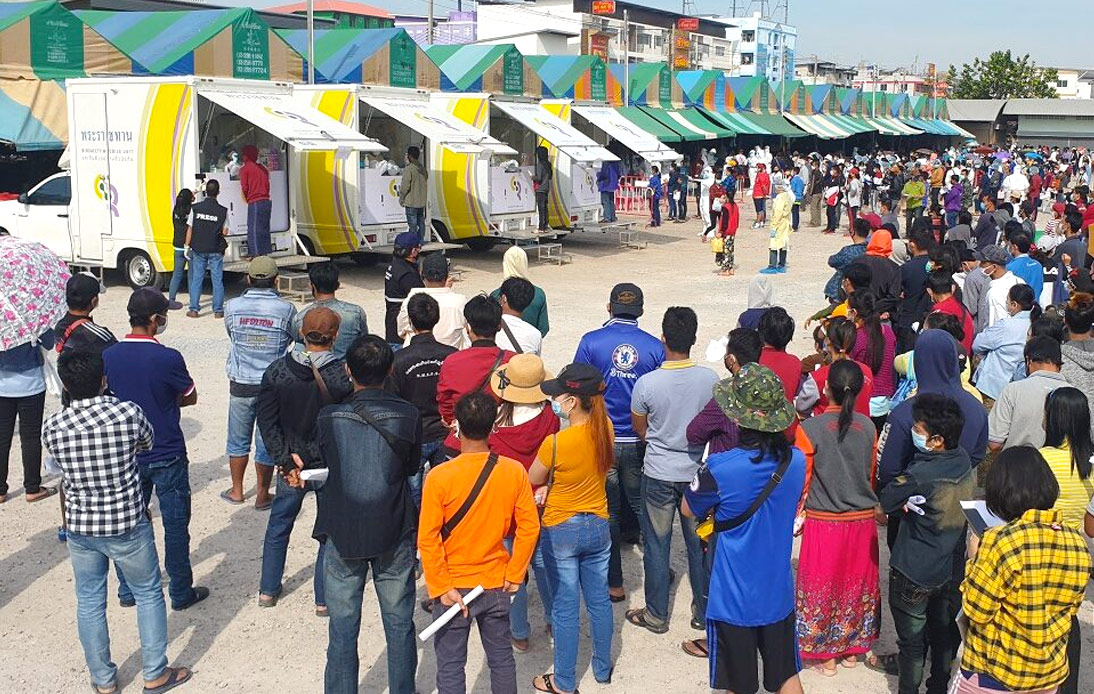 According to Dr. Apisamai, proactive coronavirus screening would target factory workers, communities, and workers as part of their efforts to move Krathum Ban and Muang districts from red to yellow and then to green areas, significantly lowering their risk level.

Health officials are trying to track down existing cases to rid Samut Sakhon of new infections, he claimed.

Dr. Apisamai also said: “Officials are optimistic that the pandemic will ease during the second week of February,” stating that the authorities might consider relaxing the restrictions after that. He also commented that educational institutes could reopen if the COVID-19 situation improves satisfactorily in some Samut Sakhon areas, although companies may have to wait.

To date, 70,000 people in the province have been tested for coronavirus, and 5,332 of them are infected.

Samut Sakhon is the province with the highest number of cases in the second wave of COVID-19 infections that began late last year. The infection rate in the area is approximately 7%, and most of the cases are migrant workers.

Meanwhile, the CCSA reported that 198 new cases of COVID-19 were registered in the country on Sunday.

The new infections included 191 local transmissions and seven new imported cases. A coronavirus-related death was also reported, raising the death toll to 73. The victim was a 73-year-old woman living in Samut Sakhon.

Reports indicated that the woman suffered from dementia, high blood pressure, and epilepsy.

On January 9, the woman was found to have contracted and was admitted to the hospital. Some of her symptoms were fatigue and severe lung inflammation.

She was placed on a respirator and taken to Taksin Hospital. However, her condition got worse, and she died on Saturday.