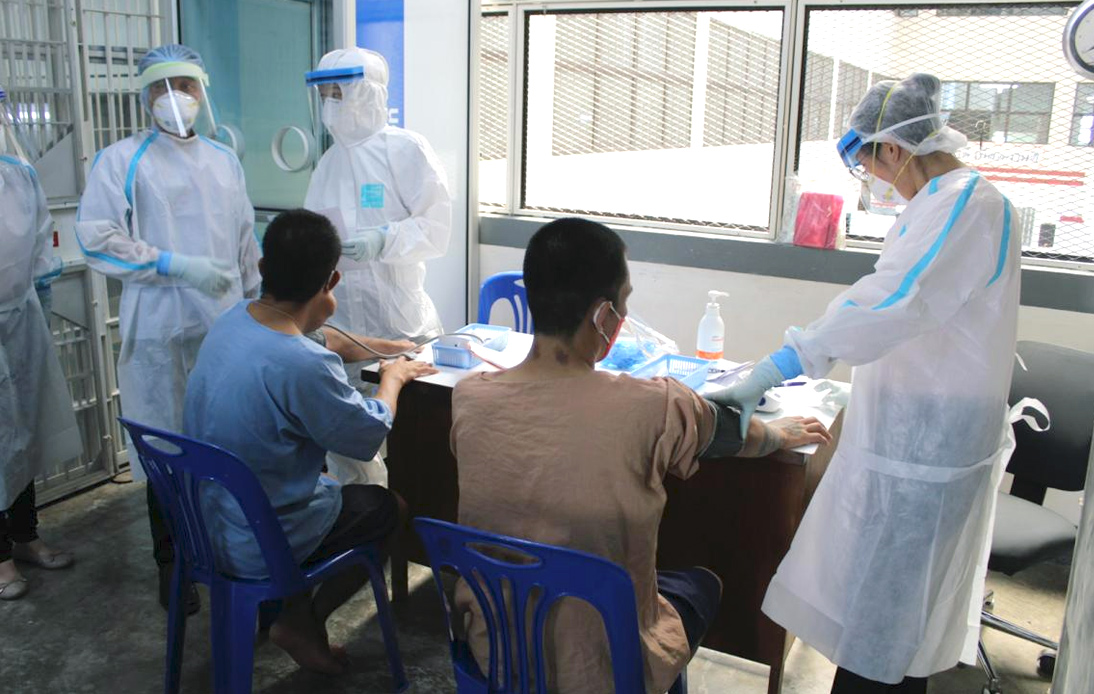 Thailand logged its highest number of daily COVID-19 cases since the pandemic began on Monday, with most of the infections detected in the country’s overcrowded prisons.

According to the Center for COVID-19 Situation Administration (CCSA), 6,853 were prisoners, representing 71% of the increment in the last 24 hours. Those figures brought total coronavirus infections to 111,082 recorded since early last year, meaning Monday’s cases are 10% of the historical caseload.

Thai authorities admitted that there were growing COVID-19 clusters in prisons after several protest leaders and activists tested positive for the disease. CCSA data showed that the prisons with the most infected inmates were in Bangkok and Chiang Mai.

Nearly half of those tested in eight prisons were found to have COVID19, precisely 10,748 out of 24,537 inmates, the government said.

The worst-hit prison, located in the northern province of Chiang Mai, has about 61% of them. Human Rights Watch’s Asia director said in a statement released earlier this month: “Many people warned the Thai authorities that they needed to act proactively to avoid such a situation, but it seems they got caught sleeping at the switch.”

However, a Corrections Department official told the media Monday that not much could be done “in reality.”

“Even though there’s a command from the Corrections Department director-general for everyone to wear a mask 24 hours a day, in reality, it can’t be done because (inmates) would have to take a shower and eat. Some are taken out to courts and have to eat there. No one can eat with their mask on,” said deputy director-general Dr. Veerakit Harnparipan.

“What has happened is something beyond the Corrections Department’s capacity because we can’t turn down new inmates,” Dr. Veerakit added.

The Corrections Department has said it had secured 12,000 vaccine doses for inmates, and the government had been trying to get more. Meanwhile, the quarantine period for prisoners increased to 21 days, and authorities ordered to intensify mass testing in prisons.