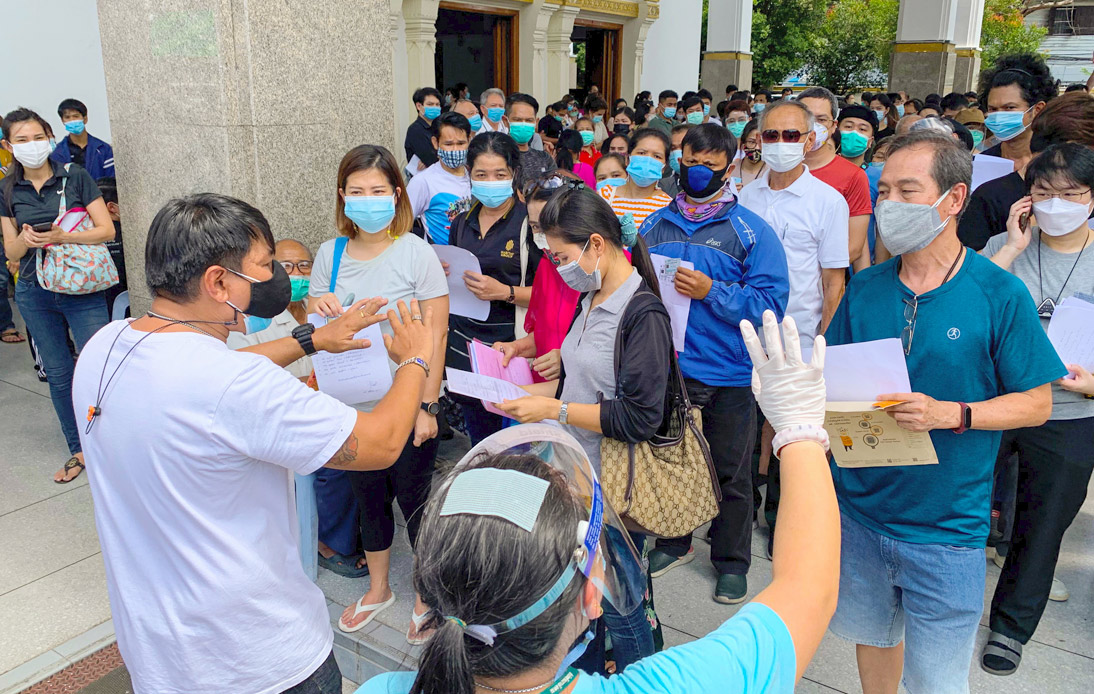 On Wednesday, the Medical Sciences Department (MSD) warned that the Delta variant of COVID-19, first detected in India, might become a dominant strain in Thailand over the next two to three months due to the high number of infections with that variant.

MSD director-general Supakit Sirirak called on people to comply with measures to prevent the spread of the coronavirus and get vaccinated as soon as possible.

During a press conference, Dr. Supakit said that the MSD was concerned after health officials registered a higher number of infections with the Delta variant of COVID-29, saying that 137 more patients infected with this variant had been detected in nine provinces, except in the south, this week.

The group included 86 patients in Bangkok, followed by 28 cases in Pathum Thani, eight in Nakhon Nayok, three in Sakon Nakhon, two in Phayao and Ubon Ratchathani.

COVID-19 cases with the Delta strain were also found in Chiang Rai, Phetchabun, Chon Buri, Chantaburi, Khon Kaen, Udon Thani, Loei, and Buri Ram, Dr. Supakit said. Testing for this variant began earlier this month and has found a total of 496 patients in 20 provinces since then.

Dr. Supakit said that the Alpha variant of the coronavirus, first identified in the UK, remains the leading variant in the country, accounting for 89.6% of all infections. “We see that there is a sign of increasing infections with the new variant (Delta) that is now under the globe’s top concerns due to its 40% faster rate of infections, compared with the Alpha variant,” he said.

“So, we need to follow the (Delta variant) cases closely and carefully. If the number of infections keeps going high, we will need to take some action against the cases, including a policy around the length of time for getting a second shot,” he went on.

Dr. Supakit also said that “we are now in the process to test the level of body immunity after getting the vaccine for backing up the decision.”

He explained that most infected people were closely associated with workers living in construction site camps, where the country’s first Delta strain case was detected.

People carrying the virus spread it to others as they moved from one place to another.