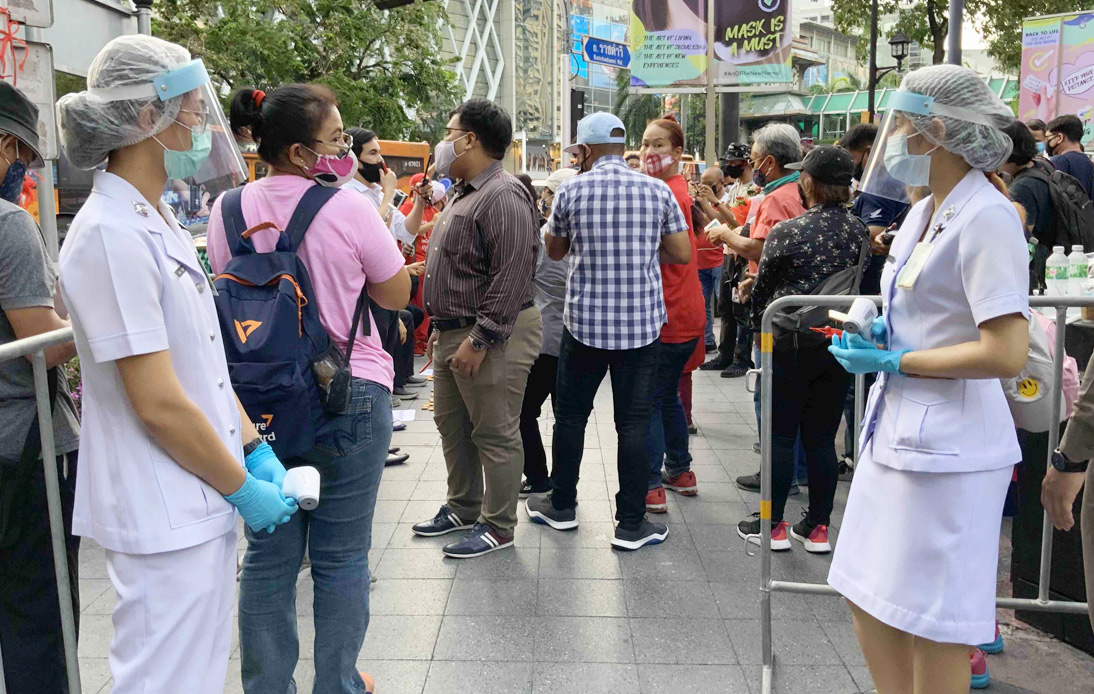 On Sunday, Thai authorities reported that they had identified 224 local transmissions among 245 new coronavirus infections found within the territory.

This number brought the total of confirmed cases to 10,298 since the pandemic began.

According to the Center for COVID-19 Situation Administration (CCSA), apart from the 224 local infections, there were 21 new infections among new arrivals both in the country and in quarantine facilities. Besides, there were no new deaths reported.

The accumulated death toll since March 2020 remained at 67.

Samut Sakhon reported the highest number of new local cases, with 73, as CCSA spokesman Taweesilp Visanuyothin explained. The rest of the infections were distributed as follows: Chon Buri (49), Samut Prakan (23), Bangkok (22), and Rayong (15).

According to him, 22 migrant workers found in active testing were incorporated in Samut Sakhon figures.

Among the imported infections, there are 17 Thais who returned from work at the Sky Complex casino in Myawaddy to Mae Sot district of Tak. Two Thai nationals coming from Turkey and India were also part of the group.

Moreover, two foreigners caught the infection overseas. They were a citizen for the United States and a Hungarian.

Reports indicated that the infected Thai nationals working at the Myawaddy casino came back to Mae Sor through a checkpoint on Thursday.

It happened after the country temporarily opened its borders to allow people to flee from an outbreak in the border town of Myanmar.

Since the new COVID-19 outbreak started on December 15, the novel coronavirus has spread to 58 Thai provinces.

Samut Sakhon has recorded the majority of the infections, having 3,261 cases over the total.

The government is making efforts to curb the rise in cases. Public Health Ministry previously said it was confident about the actions authorities have been taking and executing.

Dr. Opas Kankawinpong, director-general of the Disease Control Department, showed his optimism after reporting 100 fewer cases than the day before.

On Sunday, there were a few more infections, but the figures were still low if compared with the previous weeks. If everything goes well, the outbreak would slow down by the end of January, he claimed.