DNP Withdraws the License of Mukda Tiger Park and Farm 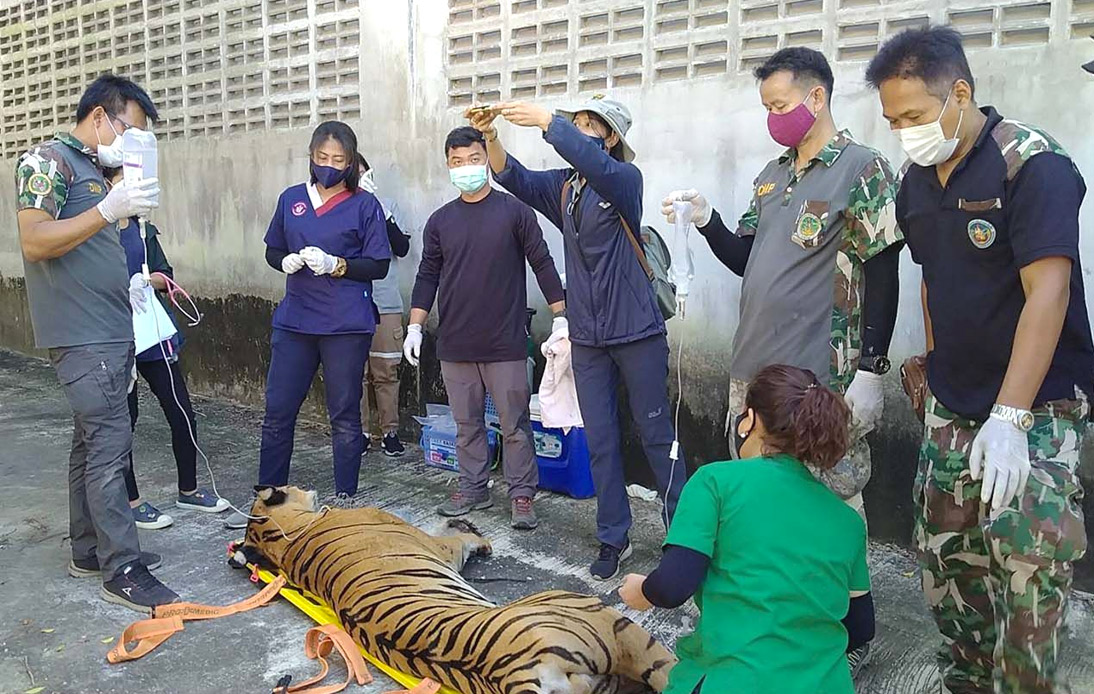 The Department of National Parks, Wildlife and Plant Conservation (DNP) announced that it would withdraw the operating license of Mukda Suan Sua in Mukdahan province, also known as Mukda Tiger Park and Farm, after DNA testing showed that two of its tigers cubs were not born in captivity.

The announcement came after authorities ran DNA tests on the cubs and their alleged parents, called: “Do Do” and “Ma Feung.”

According to the test results, the cubs “Khao Mao” and “Khao Pluak” did not share the DNA of adults, as the park operator had claimed. Therefore, it was inferred that they had been smuggled in.

On Tuesday, the DNP filed charges against the park operator for smuggling and perjury, ordering the park’s closure for 30 days.

But that was not the first time authorities have ordered the park to closed. In January, it received a one-month closure order after other DNA tests in November showed that four cubs were not linked to the DNA of another pair of parent tigers.

The cubs were also found to have been smuggled in.

Sompong Thongsrikhem, director of the Wildlife Conservation Office, said the withdrawal of the park’s license could lead to its permanent closure. Under the wildlife protection law, DNP can withdraw a zoo’s business license after it is temporarily closed twice in 12 months.

DNP could also take the case to court to make sure the park closes permanently, but the process is time-consuming, Sompong explained.

Sompong said he expected DNP to begin the process to permanently withdraw the park’s operating license soon, also expecting it to close its doors for the last time this year.

Reports indicate that Mukda Suan Sua has 46 tigers and cubs.

The department’s DNA tests on six cubs showed that none were born in captivity, as the park owner claimed. If convicted of wildlife smuggling, the owner could face up to five years in prison.

Ruengnabha Pattanawiboon, deputy chief of the DNP, stated that they planned to conduct DNA checks on 1,500 tigers at 39 tiger farms across Thailand. Their objective is to end the illegal tiger trade.