Elderly Mother and Son Receive Millions of Baht in Donations 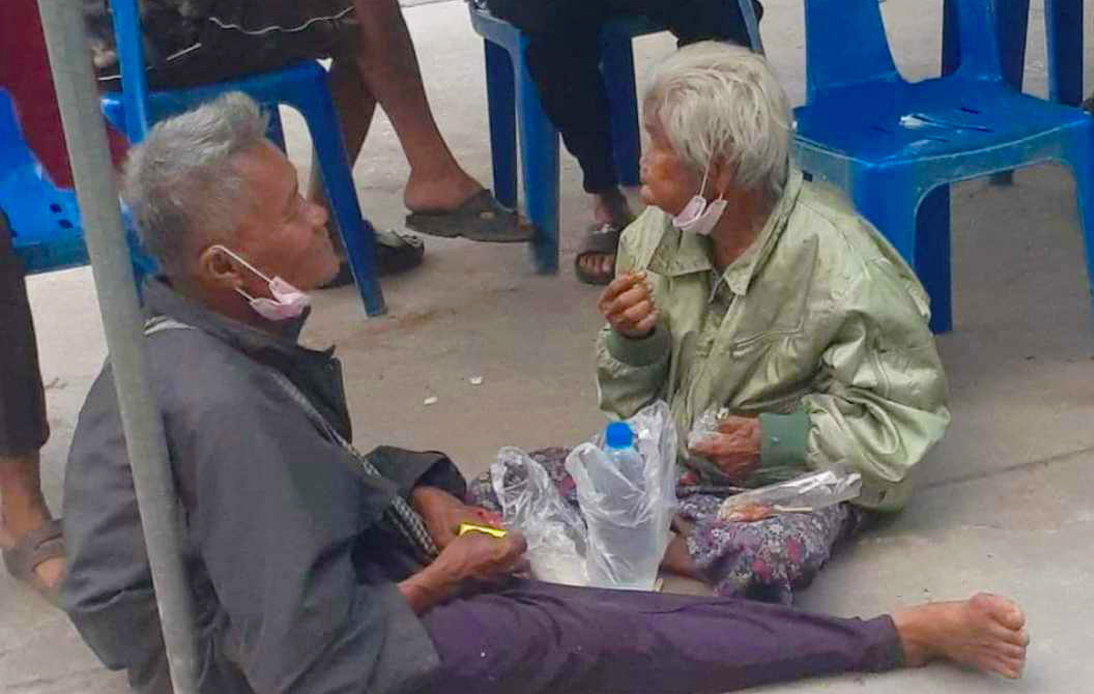 An elderly mother and her son got almost 6 million baht on donations from the public since a video of the pair sharing a modest lunch went viral on the Internet.

They were waiting to register for the Rao Chana Programme, expecting to receive their COVID-19 aid.

However, a user called P’fon Kamonthip recorded and posted a video showing them sharing sticky rice. On Facebook, she wrote: “Because we can’t choose…I feel for the elderly couple. They left home at midnight and arrived at the bank at 4:00 a.m. with no money, hoping to get 7,000 [baht].”

Shortly after, Internet users started asking how to contact them so they could help. In response, the poster wrote another post with a copy of the son’s ID and bank book.

According to her Facebook Profile, she lives in the same province the pair live.

Donations had started and poured in until authorities reportedly closed the man’s bank account after the find rose to almost 6 million baht.

According to the Thai media later reports, Noi Aiamsaart, an 81-year-old woman, and her 62-year-old son Chamnian went to Krungthai Bank’s Tha Makua branch in Kamphaeng Phet province on Tuesday to register for the Rao Chana program.

The said program gives 7,090 baht to eligible people to help them cope with the COVID-19 harsh situation, especially after the second wave of infections detected for the first time last year.

They were expecting to get the aid. Mr. Chamnian told Khaosod Online they had come to the bank for two days to register, but they couldn’t do so due to the high number of queues.

After three days, they decided to start early and make an effort to become the first one to register.

According to District chief Sadudee Phuttung, he would set up a panel comprising their relatives to manage the money. This way, both the mother and her son can benefit the most from it.

Mr. Chamnian’s sister Lek Boonthat claimed she had been taking care of the pair by bringing them food and drinks.

She added: “As shown in news reports, they are really struggling. We’d like to thank all agencies and donors who helped us. The amount should be enough for them.

Meanwhile, the government announced on Monday it would open an additional round of registration to get the aid under the program for people who couldn’t register using smartphones.